Ever wondered what it would be like to see through your pet’s eyes?

The answer is thus: it would be very weird.

That’s because animals don’t have the same type of eyes that us humans (assuming that everyone reading this is a human, but please correct us if we’re wrong) have.

Some see colour in a totally different way, while others have different lenses that fit their evolutionary priorities.

All this means that the way you see your home is not the same as what your pet sees when they’re hanging out.

If you’re curious, scroll on, as the people over at HomeAdvisor have looked through all the science-y stuff to create versions of interiors the way different animals would see them.

Just slide the arrow to see what your pet sees. 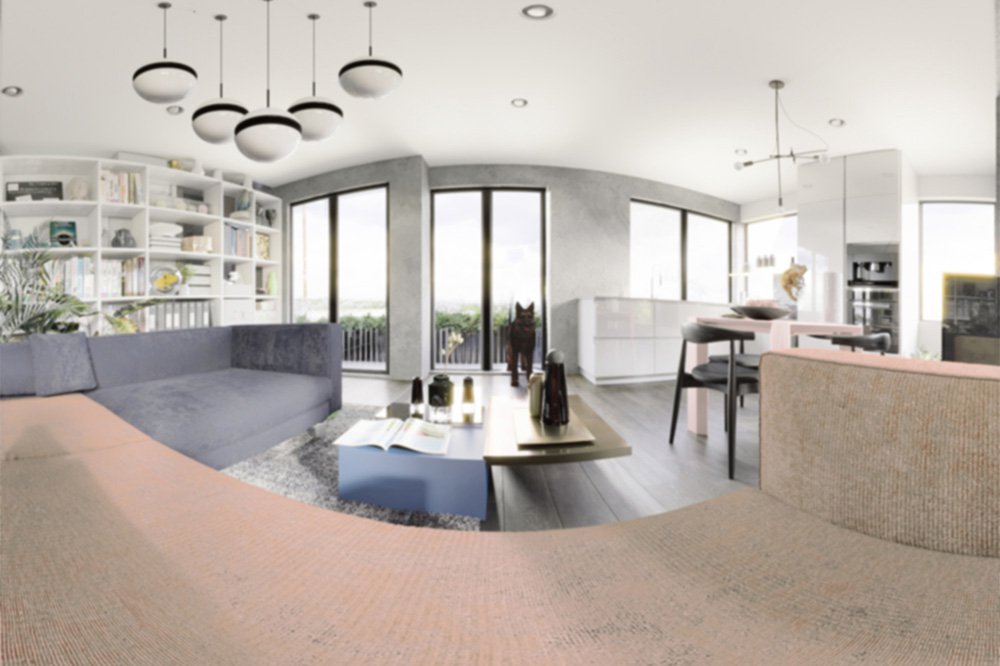 Cats see fewer colours than we do, but they have far better night vision.

This is because while humans have loads of cones in our retinas, cats have a bunch of rods; a different type of photoreceptor cell that’s sensitive to low light.

They have just two colour cones, so see blues, yellow, and greens.

They also have a wider field of view, taking in 200 degrees versus 180. 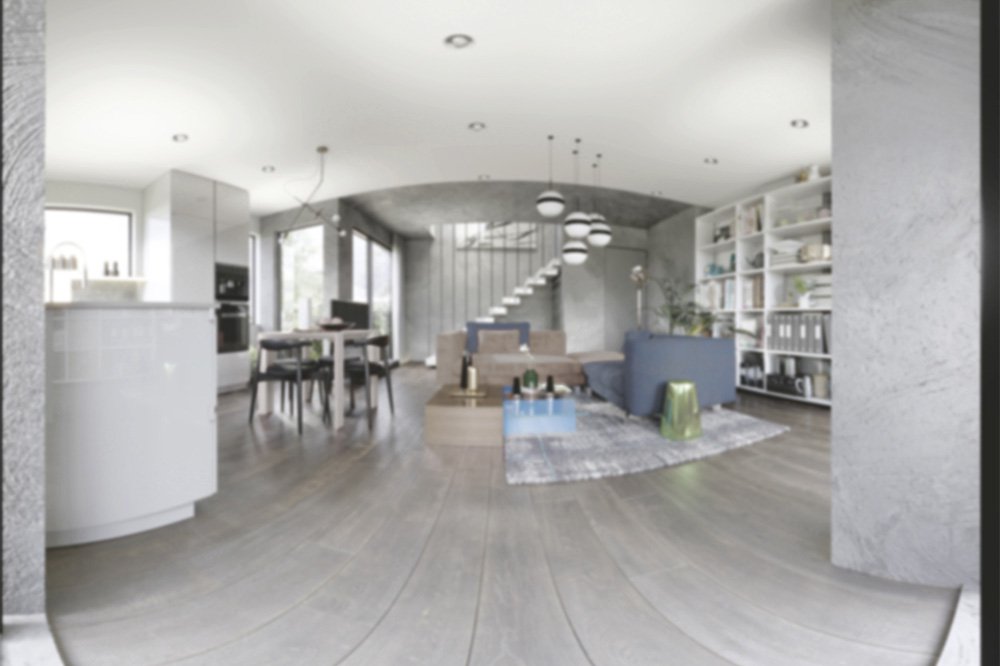 They do, however, see fewer colours than humans do.

They have just two cones in their eyes, meaning they can see blue and yellow, not reds.

The world through a dog’s eyes is more muted and pastel, and dogs are less able to make out shapes and details, having just 20 to 40% of the visual acuity of humans.

They have a wider field of vision, though, at 240 degrees, so can see you sneaking in on the sidelines. 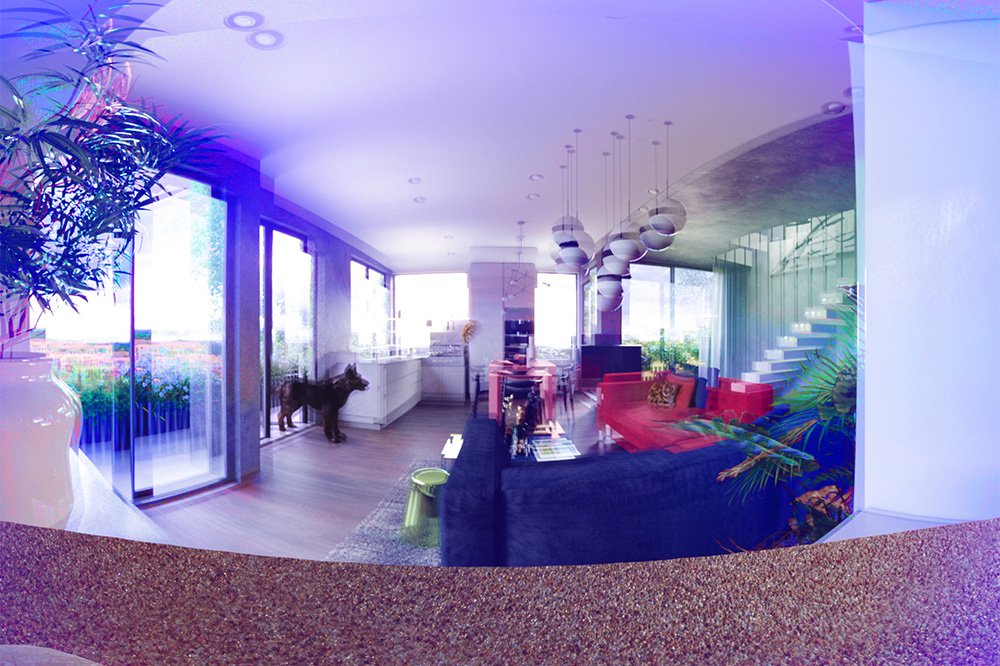 Goldfish can actually see more colours than humans, and they can see ultraviolet light, too.

Goldfish also have a fisheye lens effect, as their round corneas gather light from an almost 360-degree canvas. 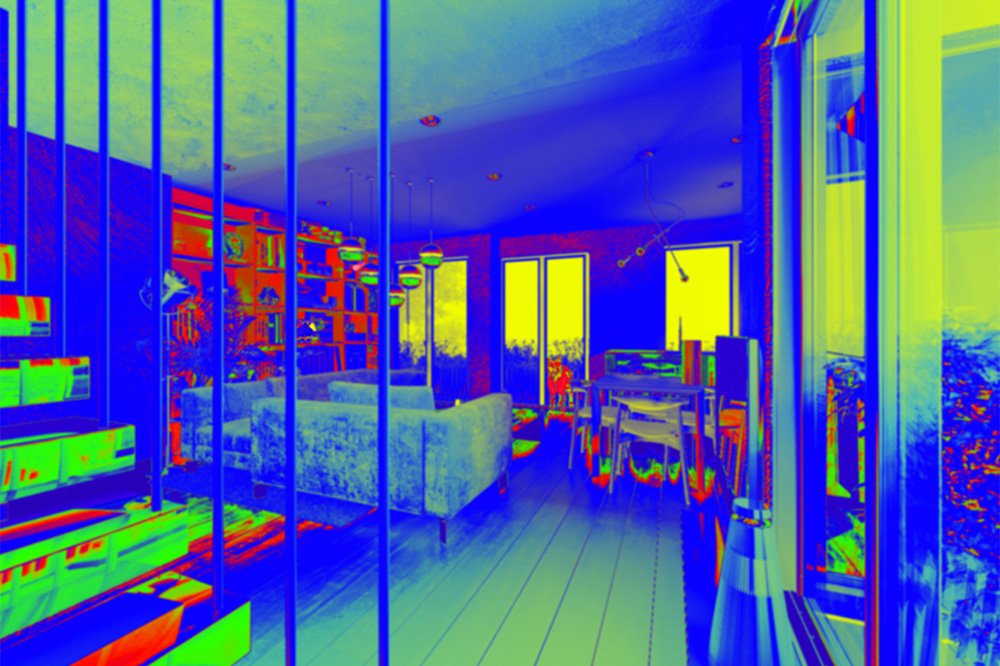 Their daylight vision is pretty rubbish, but a bunch of rods in the eyes mean their nighttime vision is better.

Snakes also have infrared vision, so they can merge heat-detection information with visual data to create an image that looks like thermal imaging.

What a tarantula sees 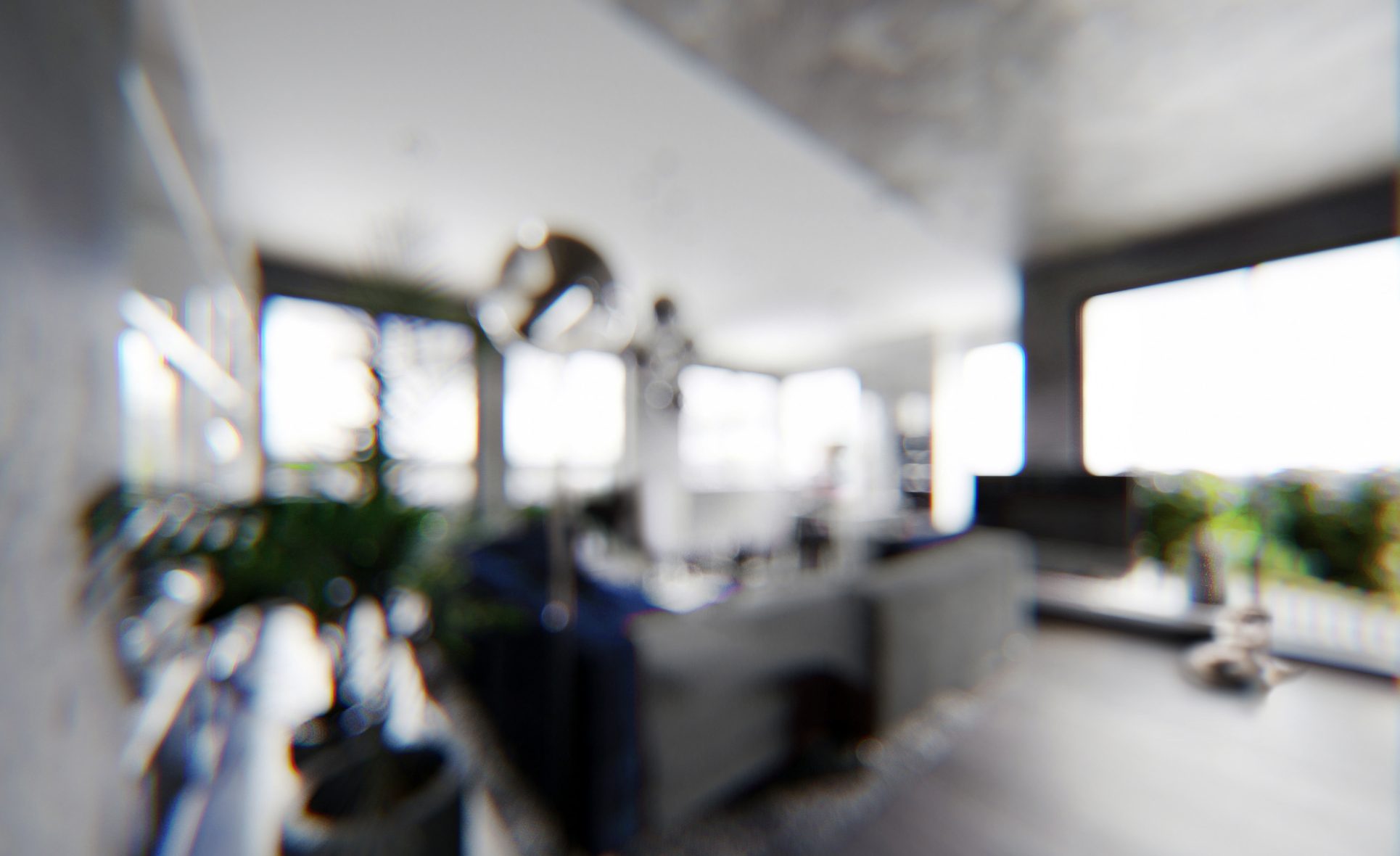 Spiders have weak, feeble eyes (eight of them) and rely more on their legs to feel their way around.

What a parrot sees 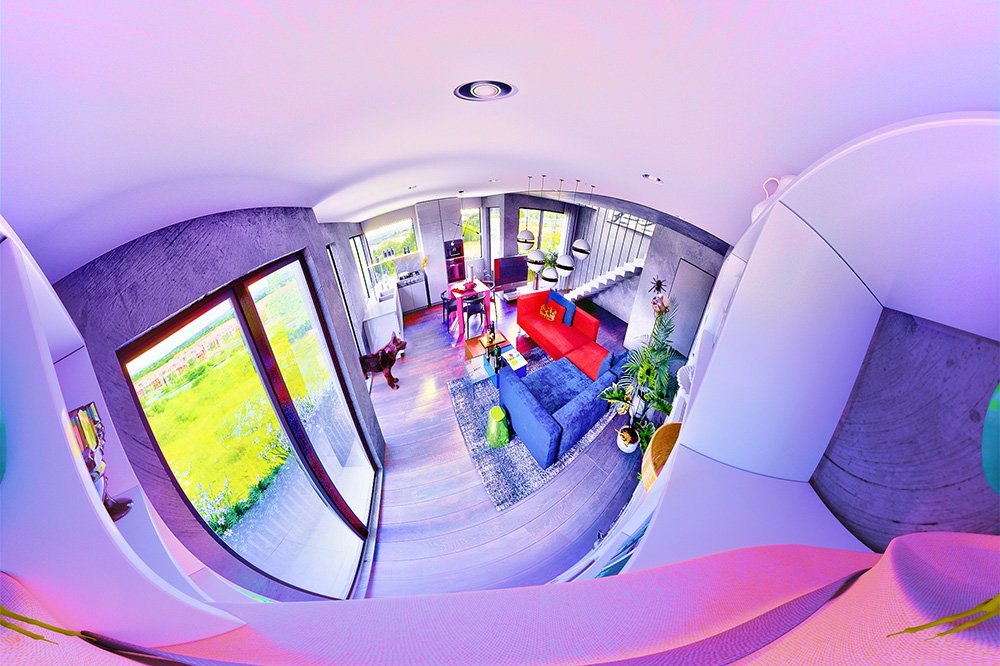 Birds are great at seeing colours, and can see ultraviolet light, too.

Parrots can also adjust their focus super fast and have 300-degree coverage.

Plus, they can keep one eye focused on one thing while the other wanders, and can contract their pupils at will.

What a chameleon sees 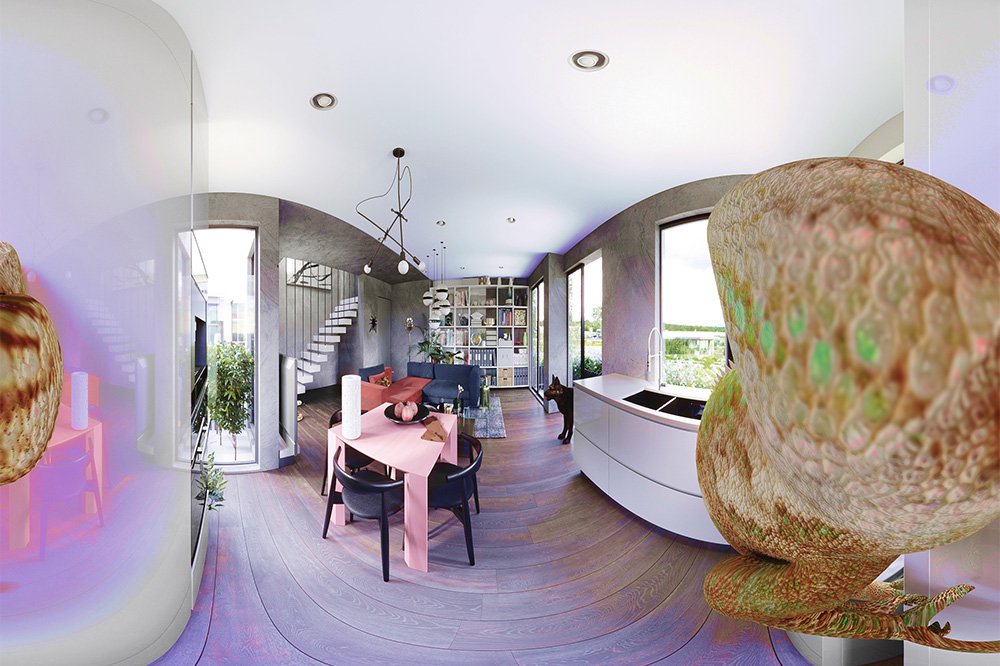 Chameleons’ eyes are almost all cone and no rod, so they see loads of colour, but little contrast.

They can operate their eyes independently, giving them a total field vision of 342 drees. A chameleon’s only blind spot is 18 degrees behind their head.