This Christmas will undoubtedly look very different. But people around the world have found some creative ways to celebrate the holiday during a pandemic.

Safety measures to prevent the spread of the coronavirus are limiting some holiday traditions, like sitting on Santa's lap at your local mall. 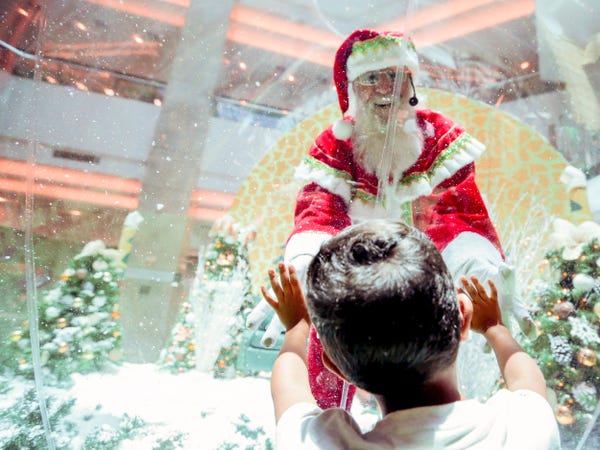 Instead, some mall Santas sat in festive plastic spheres that resemble snow globes. 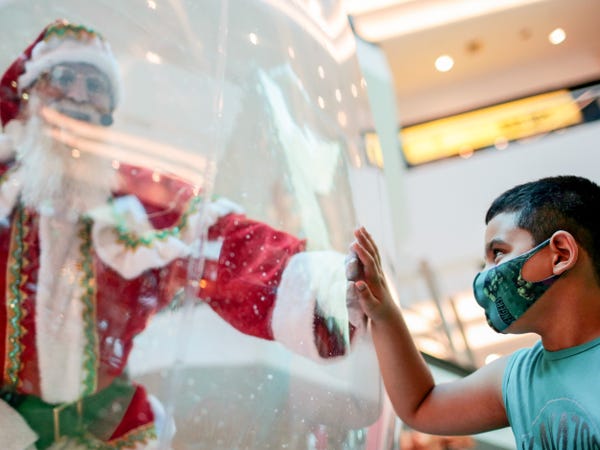 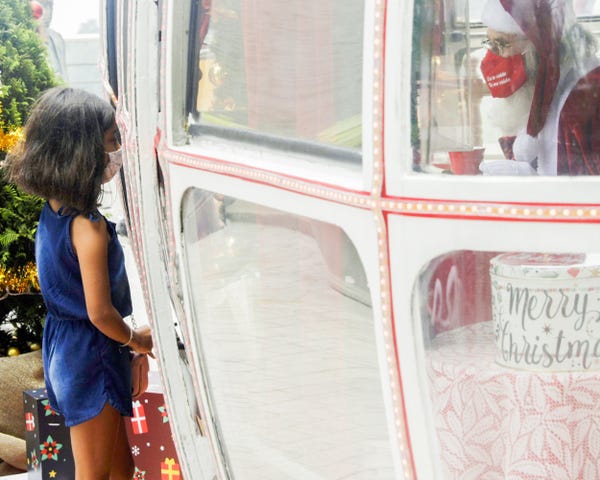 Inside or out, touching hands through the barrier seemed to replace sitting on Santa's lap this year. 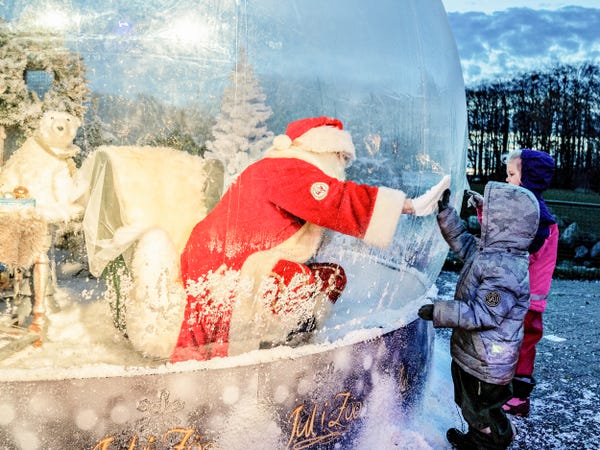 Even adults took the opportunity to press their hands against Santas'. 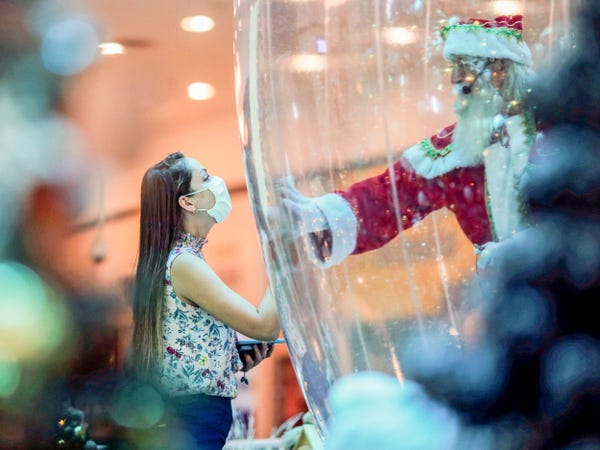 Also in Brazil, a version of Santa interacted with kids virtually. 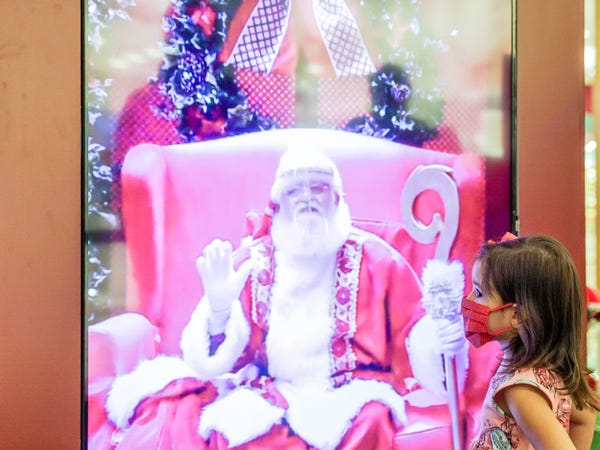 While some Santas were behind plastic, others greeted people behind glass. A scuba Santa swam underwater among sea life at an aquarium in Tokyo. 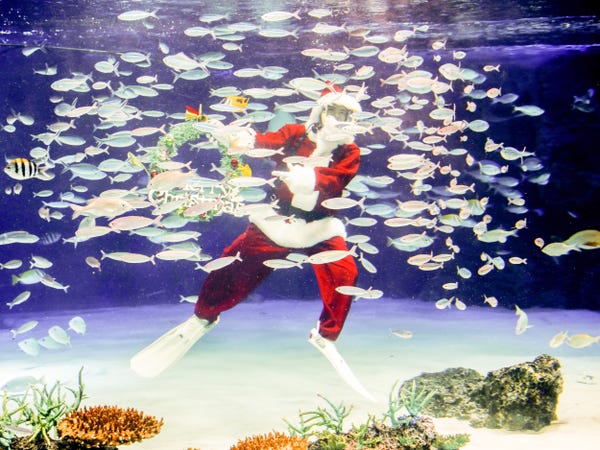 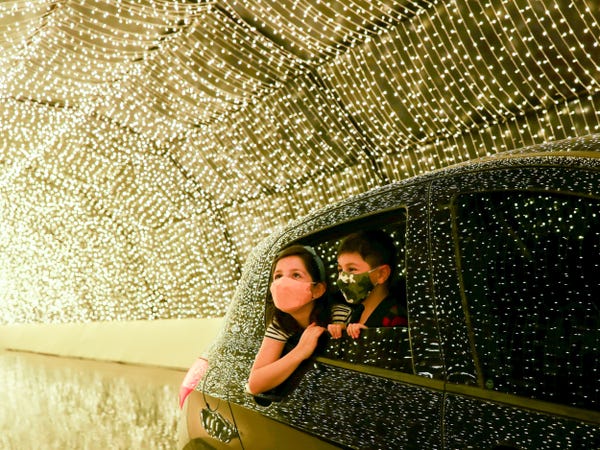 At a drive-thru Christmas village in Ciudad Juarez, Mexico, patrons could greet Santa from the comfort of their cars. 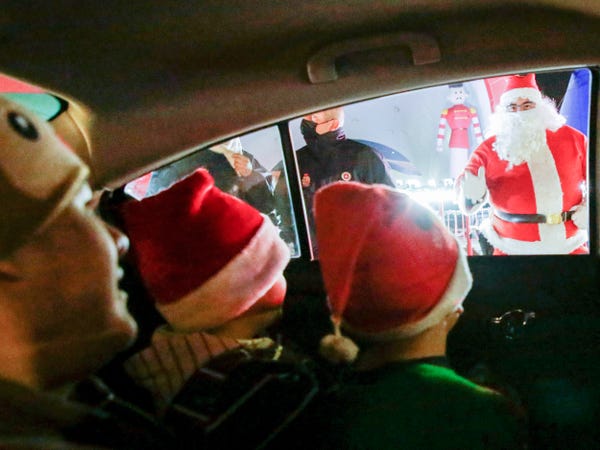 Starlight Lane, a drive-thru Christmas show in Seattle, took place in a parking garage where patrons tune into a radio station for synchronized music. 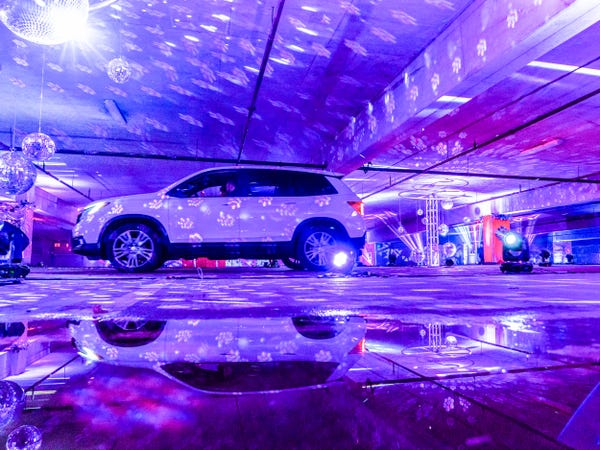 Instead of knocking on your door, carollers in Milton Keynes, Britain, sang at a drive-in carol service organized by a local church. 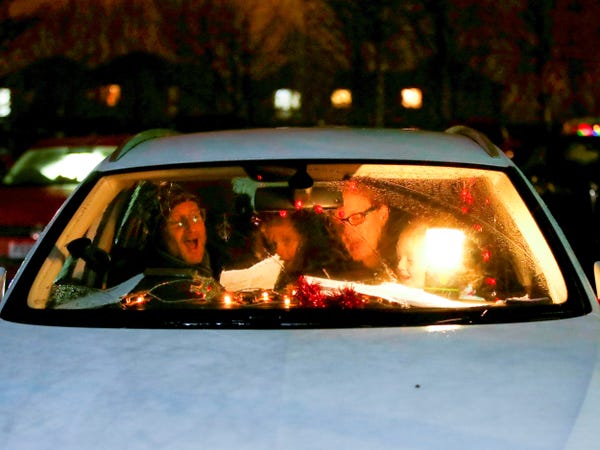 At a retirement home outside of Paris, workers performed outside while residents watched through a large window. 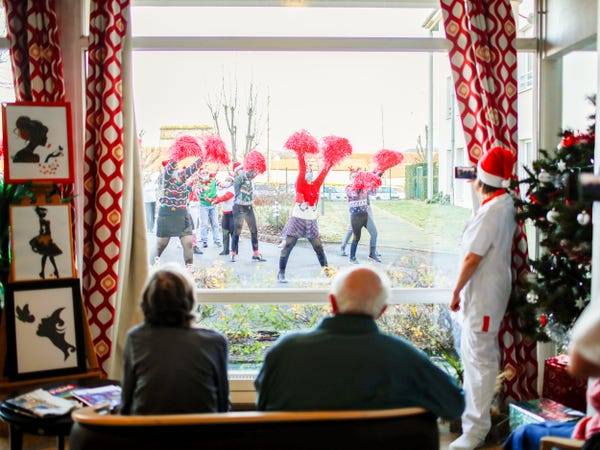 Christmas meals out are much more private this year at a Ritz-Carlton in Moscow, where guests dine in private rooftop pods. 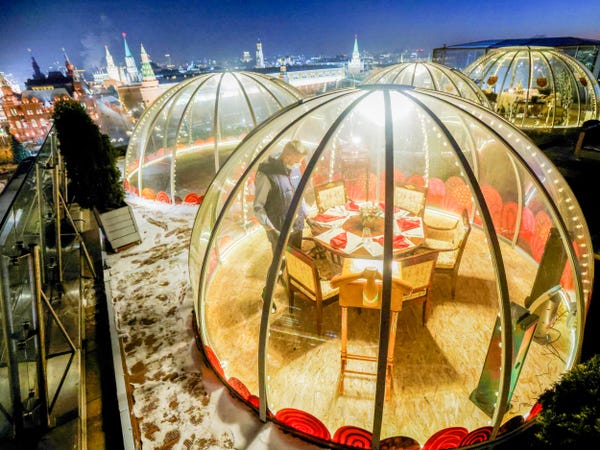 The holiday office party looked different this year, too. But one company that makes mini-scenes constructed a holiday party scene to celebrate its employees. 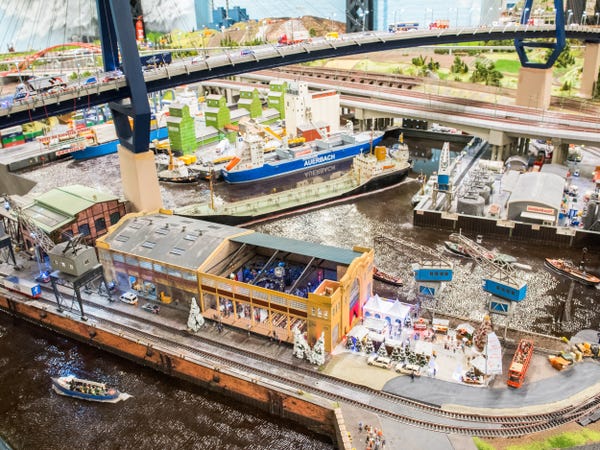 The operators of Wonderland used a 3D-printer to help recreate the holiday party, calling it the "smallest Christmas party of the world." 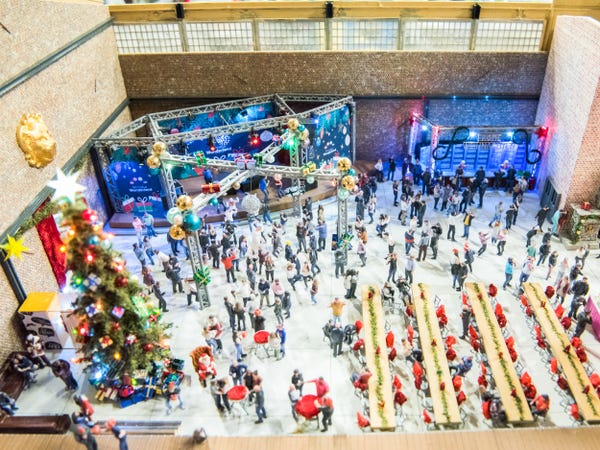 Even the holiday tradition of giving back looked different in 2020. This LA-based non-profit distributed toys to kids in need via a drive-thru event. 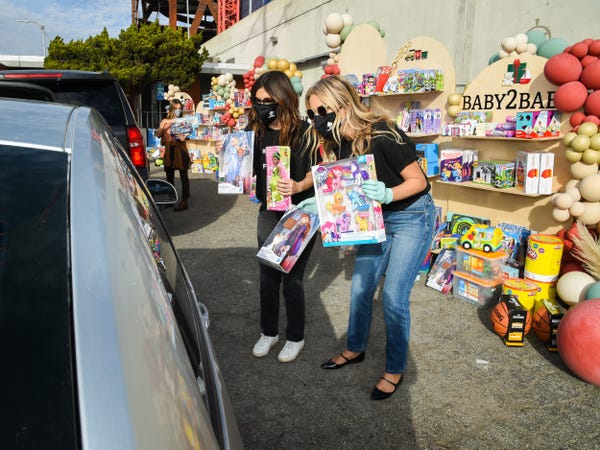