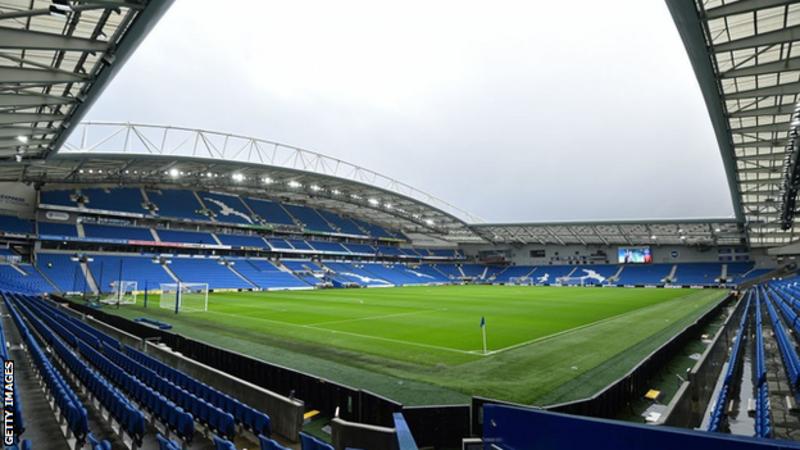 Playing the remaining Premier League fixtures at neutral venues has the “potential to have a material effect on the integrity of the competition”, says Brighton’s chief executive Paul Barber.

On Friday, top-flight clubs were told on a video conference call that neutral venues will be the only way to complete the season.

But Barber says his club are “not in favour” of the proposal.

“Clearly, we must all be prepared to accept some compromises. We fully appreciate why playing behind closed doors is very likely to be a necessary compromise to play our remaining games while continuing to fully support the government’s efforts to contain the spread of coronavirus,” he said.

“But at this critical point in the season, playing matches in neutral venues has, in our view, potential to have a material effect on the integrity of the competition.”

The Premier League has been suspended since 13 March because of the coronavirus pandemic but all clubs are committed to playing the 92 remaining fixtures of the 2019-20 season.

A major factor in the decision to use neutral venues is it try to reduce any chance of fans congregating, and the selected grounds will be largely based on a rating from the police and the Sports Grounds Safety Authority.

Not all of the proposed eight to 10 neutral venues will necessarily be Premier League grounds, although the vast majority will be.

Brighton are 15th in the league, two points above the relegation zone, with nine games left to play – including home fixtures against Arsenal, Manchester United, Liverpool and Manchester City.

“Five of our nine remaining matches [are] due to be played at the Amex – all five matches are very difficult but four are against some of the biggest clubs in European football,” Barber added.

“The disadvantages of us not playing the league’s top teams in our home stadium and in familiar surroundings, even with 27,000 Albion fans very unlikely to be present at the Amex, are very obvious.

“Clearly, we must accept there may also be some benefit from playing our remaining four away matches at neutral venues but the fixture list simply isn’t equally balanced at this stage of the season, and we didn’t play our first 29 matches of the season in this way. So, in our opinion, one thing doesn’t cancel out the other.”