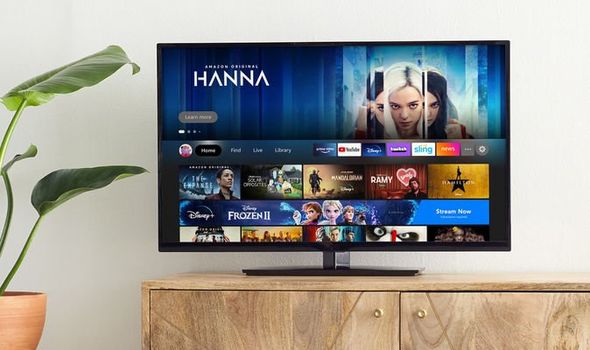 Amazon has launched a new Watch Party feature for Prime Video viewers, which allows users to tune-in with friends and family from their homes across the UK. The new functionality is available for Prime members at no extra cost and will allow friends and family to recreate a movie night while adhering to the latest lockdown measures, which will be in place in England until December 2 and prevents people from different households mixing indoors.

Watch Party is compatible with the complete catalogue on Prime Video, including exclusive shows, like Simon Pegg and Nick Frost’s new Truth Seekers series, Good Omens, All or Nothing: Tottenham Hotspur, as well as Hollywood hits like Borat Subsequent Moviefilm, The Marvelous Mrs. Maisel, The Boys, Homecoming, Clancy’s Jack Ryan and more.

When you host a Watch Party on Prime Video, video playback will be synchronised with everyone you’re watching with. So, there’s no need to organise a video call beforehand to countdown to hitting the “Play” button (something that’s dependent on everyone having a nippy internet connection that won’t freeze during the countdown).

Whoever set-up the Watch Party can also pause and skip for the entire group, so you can put the action on hold if there’s a truly shocking twist that needs to be discussed, or skip the credits if you’re planning to binge an entire boxset in a day and need to jump straight into the next episode.

There’s also a built-in chat function – saving you the need to set-up a separate group chat for everyone movie or TV series that you’re planning to watch with friends in the coming weeks.

Amazon has also included a number of Stickers to send to friends and family. Watch Party will accommodate up to 100 participants per session, Amazon says. That means you’ll be able to use the feature to host synchronised viewing parties with dozens of your colleagues or extended family members – not just a handful of friends. When setting up a Watch Party, you’ll be able to send a customised link to anyone to jump-in and join the fun. 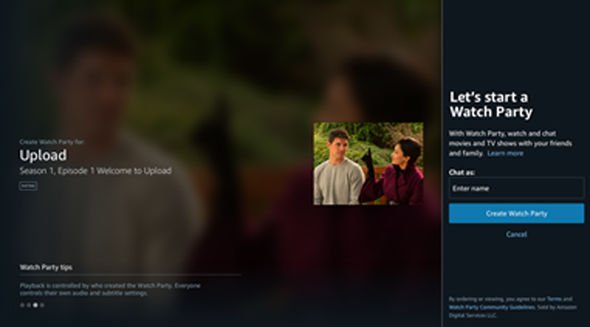 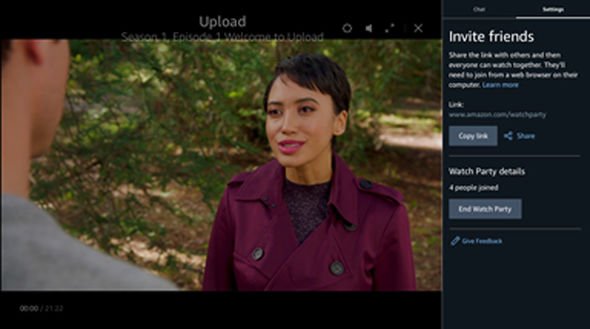 Amazon has done everything in its power to make hosting and joining a Watch Party as seamless as possible.

The Seattle-based retail giant is far from alone in offering the ability to host a virtual movie night with friends and family despite the lockdown measures in place across vast swathes of the globe due to the public health crisis. Teleparty, which launched under the brand name “Netflix Party”, was one of the first apps to launch with the ability to synchronise playback across devices in different households to allow friends and family to stream together. Following the success of that app, a number of streaming firms have rushed to add the functionality into their apps.

Most recently, Disney+ introduced GroupWatch ahead of the launch of the feverishly-anticipated second season of The Mandalorian. Like the quarantine-friendly equivalent from Amazon and Netflix, the feature allows up to seven people to sync their screens to stream shows and movies in their web browser, smartphone app, and smart TV. Disney also allows users to share emoji reactions in real-time.