Rachel Uchitel got choked up as she opened up about her affair with Tiger Woods, more than 10 years after it blew up in the media.

Their relationship was exposed in 2009, while the golf superstar was married to the mother of his two children, Elin Nordegren. While Uchitel wound up being just one of the many women who claimed they had relationships with Woods at the time, she got the most press coverage — and, it seems, the most backlash.

Ahead of her appearance in HBO’s 2-part documentary “Tiger,” Uchitel did an emotional interview with Billy Bush for “EXTRA,” where she explained why she decided to speak out again now.

“I have been silent for over a decade now, and I felt that it was really important to me to speak only once in my life, because I have spent all these years letting people think what they want to think and say what they want to say,” she told Bush. “I needed to take the shackles off and be able tell my story for me. Because I have really spent years under the shame of what’s been going on.”

She acknowledges she made a “mistake,” and with that mistake comes a shame “that I’m going to deal with personally.”

“But, you know, it’s one thing to then go for a decade of people wanting to shame me, and I wanted to set the record straight on what happened,” she said. “I am looking forward to this documentary coming out because it really does show that the media took the opportunity to blame me for someone else humiliating their wife.” 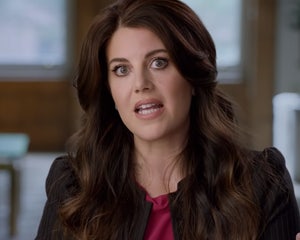 Bush pointed out that her story was similar to that of Monica Lewinsky, who took the brunt of the media heat for President Bill Clinton’s affair with her. When asked if the two have ever spoken, Uchitel confirmed that they had. “I have, recently,” she said, and added that, “I have to keep that interaction private. She’s a very nice woman.”

Uchitel went on to say that one moment shouldn’t define a person’s life — and added that she doesn’t “like to be branded as a home-wrecker.” She said, “That’s not who I am. I’m a 45-year-old woman. I made one wrong turn 10 years ago. I didn’t make a bad turn, I didn’t throw somebody down the stairs. I didn’t kill someone. I made a mistake. Everybody makes mistakes.”

Saying “the whole thing has made my life a living hell for the last 10 years,” Uchitel is adamant that she was “not a mistress” and was instead “in a real relationship” with Woods. 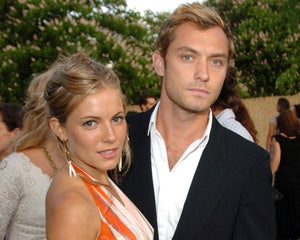 “I want people to leave me alone about it. I made a bad decision,” she added. “And I regret it, and I’m embarrassed about it and my apology is to two people, not the world, two people.”

As for whether Woods himself has ever reached out to her with an apology, Uchitel once again got emotional as she said she couldn’t answer that.

“I would just hope that maybe at this point, now that everybody knows my name, they might just maybe want to believe me a little bit,” she added. “That I’m not that awful of a person and they could maybe give me a chance this time around.”