Chimpanzees develop their own local cultures and customs by imitating each other, researchers reveal

Researchers have found new evidence that chimpanzees develop their own local cultures and communities, and pass on certain behaviors to their offspring to ensure they’ll fit in with the local customs.

The research was conducted by a team from the Max Planck Institute for Evolutionary Anthropology, which gathered data from more than 40 well-known chimpanzee research sites across Africa. 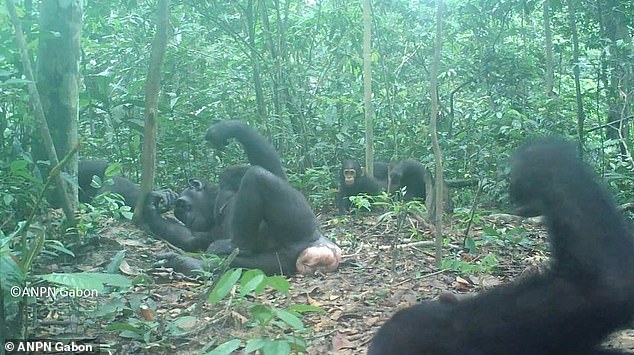 The researchers specifically looked at termite ‘fishing,’ a practice whereby chimpanzees try to get the small insects out of their nests for extra nutrients and calories.

‘The diversity of techniques seen in chimpanzee termite fishing was a huge surprise to me,’ the Max Planck Institute’s Christophe Boesch said in an interview with its news blog.

‘Not only does each community have a very unique way of fishing, they also combine a number of different elements into specific termite fishing etiquettes.’

The team observed that chimpanzee groups in Gabon fished for termites while lying on their side.

Other groups in the Republic of Congo preferred to sit while they trying to capture termites, and chimpanzees observed in Cameroon were seen leaning on their elbows.

‘This supports the idea that chimpanzees are capable of imitating social techniques in “how to termite fish,”‘ researcher Ammie Kalan said, ‘which goes beyond alternative explanations such as each individual reinventing termite fishing each time they learn it,’

The findings support the idea that chimpanzees are one of a small number of species other than humans capable of forming and sharing culturally specific behaviors and even passing those down to younger generations. 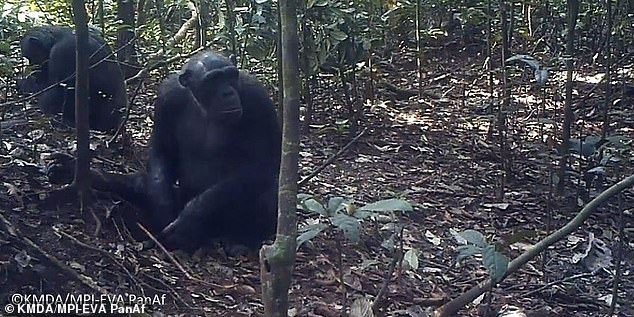 The team focused on ‘termite fishing,’ a practice by which chimpanzees try and draw out the small insects from their nests using different tools and techniques 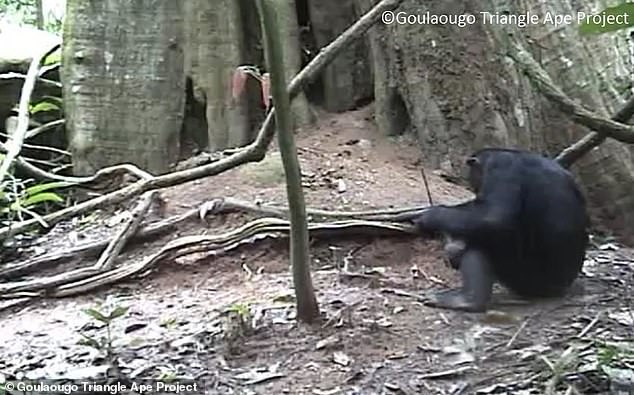 The team found chimpanzees practiced different techniques for termite fishing by imitating their peers, which helped mark out local communities

The team also found these particular practices extended to the chimpanzees use of simple tools.

Some groups frayed the ends of sticks and used them to draw termites out from their nests and ate them directly off the stick.

Other groups used unfrayed sticks to extract the termites and fed themselves by shaking the termites off the stick into their open mouths.

The researchers have been encouraged by how their findings, and according to Hjalmar Kuehl, the team will continue to analyze chimpanzee behavior to learn more ‘about the richness of chimpanzee diversity and culture.’