Fans had been waiting for the premiere of The Real Housewives of Beverly Hills. The Bravo show had been delayed and viewers were anxious to see what the ladies were up to since they started filming since August 2019. Season 10 introduced two new castmembers: Garcelle Beauvais and Sutton Stracke.

However, most of the drama being promoted revolves around Denise Richards. The first episode made it seem that all the Housewives would be getting along but the final two minutes revealed that chaos was about to ensue. 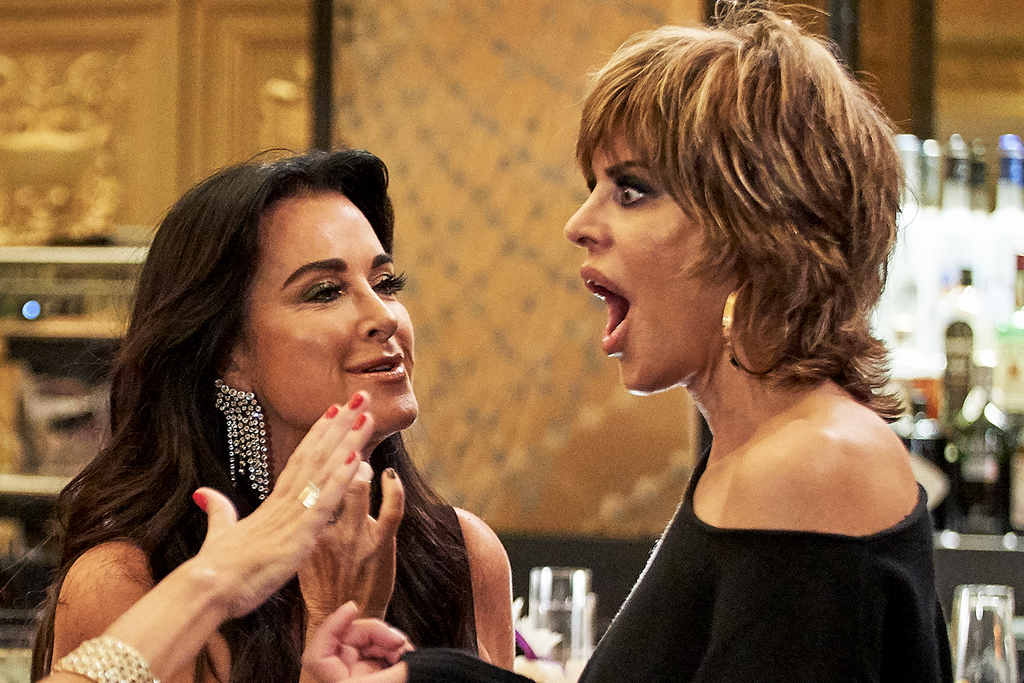 What did the Season 10 preview show?

The first episode of season 10 ended with the success of Kyle Richards’ fashion show in New York. Things took a drastic change when Richards’ face was frozen and her voiceover takes over as her confessional fades in.

“We were all so happy that day, it’s actually hard to even imagine how terrible things would soon become,” Richards says.

The screen is taken over by text that read, “In December, Denise stopped shooting with the group.”

Denise is seen confronting the ladies and when Richards says that she was not honest, the former gets up and walks away saying, “I’m done.”

RHOBH is one of the few franchises that didn’t break the fourth wall. The production was careful to not show any cameras or behind-the-scenes footage. Likewise, the girls hardly brought anything up on camera that was being talked about in the blogs or social media.

In the preview, viewers witness the fourth wall being broken down as Lisa Rinna appears filming her confessional interviews. More scenes of Denise walking away from the group follow as Richards calls her out for running away.

“You sign up to show your real lives, you can’t hide anything,” Rinna says.

More behind-the-scenes pop-up and encounters with Denise confronting her follow. The clip ends when Denise returns to film her confessional and finally break her silence on the bombshell that’s dropped during the show.

Viewers watching and tweeting at the same time were quick to flood social media with their reactions. Fans were completely shocked by the chilling preview of what is to come ahead in season 10.

“That final super tease was genius,” a fan wrote.

“The final 2 minutes left me wanting more,” a viewer added.

“I’m watching the final 30 seconds of this episode of RHOBH every time I wake up in the morning for the rest of my life,” a Twitter user commented.

Wanted to lighten the mood… & not take this too seriously & have a bit of fun with it. Oh & #RHOBH premieres in one week on @BravoTV 💎 enjoy💕

“That was such a good episode of RHOBH. Kyle Richards narration at the end, Lisa Rinna behind-the-scenes, and then the final look to [the] camera by Denise Richards. EPIC!” another fan tweeted.

“The last 2 minutes of RHOBH should be displayed in the fu***** Louvre,” another viewer suggested.

“The last few minutes when they broke the fourth wall and were previewing the drama with Denise and Brandi had me on the edge of my seat,” another Twitter user commented. “How many episodes are we away from all that doing down?”

The Real Housewives of Beverly Hills airs Wednesdays at 8 p.m. ET/PT on Bravo.