Meredith and Brooks Marks from The Real Housewives of Salt Lake City aren’t playing when it comes to some fan reaction to their authenticity on the series. 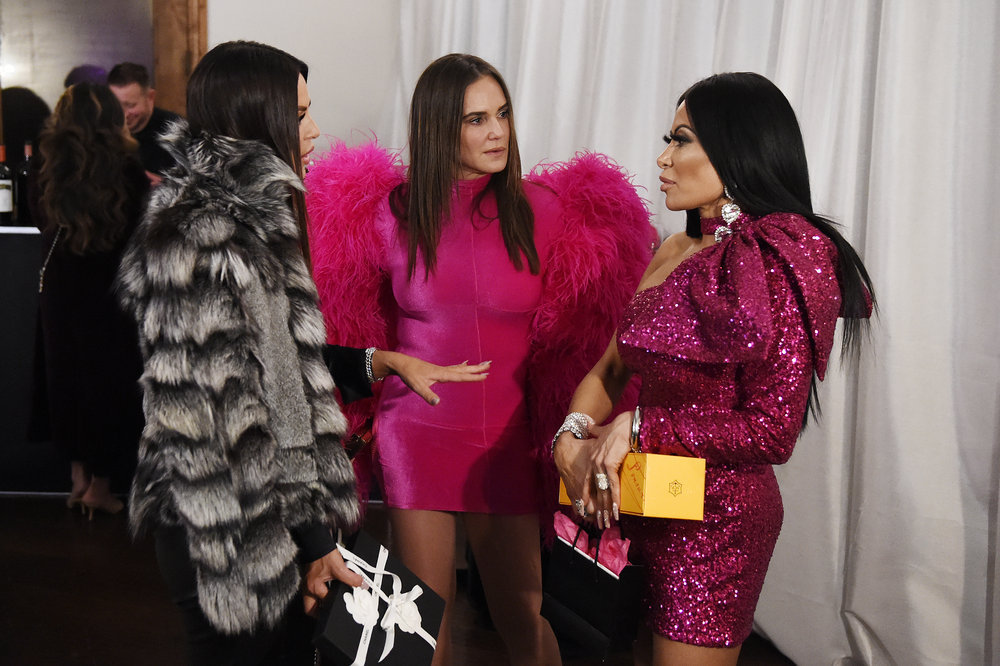 Mother and son recently addressed fan backlash after some viewers insisted she and others have played to the cameras to build a season. Meredith also addresses the rumors about her marriage, which briefly broke up and came back together. She said the couple had issues all along but viewers witnessed the fallout on television.

Meredith addressed her marriage, admitting that perhaps being on the show actually saved it. “The reality of it is, I mean, so much of where [husband] Seth and I are today is, is rooted in Housewives,” Meredith explained on the Behind the Velvet Rope with David Yontef podcast.

“And you know, I’ve said this before, I’m probably the only one on this planet who can say that my marriage was honestly saved by Housewives, coupled with COVID. So it’s pretty unbelievable.”

Brooks piped in, “And your children …”

Meredith and Seth Marks are definitely in the minority. In fact, E! calculated the number of cast member divorces within the franchise and found that more than 40% of the Housewives have divorced. The Real Housewives of D.C. holds the record with 100% of the cast getting a divorce.

And while the Marks stayed married, why did Brooks move home? Online chatter points to him seeking the limelight and time on the show. But Brooks insists he returned to support his parents, but especially his mother.

Brooks said his return home was a combination of taking a pause at school and being there to support his parents. “I mean, I find it really funny actually, but no, that’s not the case,” he said about the rumors he returned to get on television. “My sister was away at college. It was her first year. My brother had started his job.”

“My parents were separated and my mom and I do have a very special bond and I’m extremely grateful for it,” he continued. “And I knew that the separation was very difficult on both of my parents. But I don’t know. I mean, on a real level, when they were separated, I felt like I had a really strong support system for my mom and my dad. But like more so for my mom.”

“I was very much trying to be there as a pillar of support for her as much as I could,” he said. “And some of my other siblings were trying to be very supportive of my dad. You know, we were just all over the place trying to support both of our parents. But it just made the most sense for me to be there, to support my mom.”

Brooks added he had a conflict at school. “Like I had transferred universities a little bit,” he remarked. “And it just made the most sense for me to go home and be there for her.”