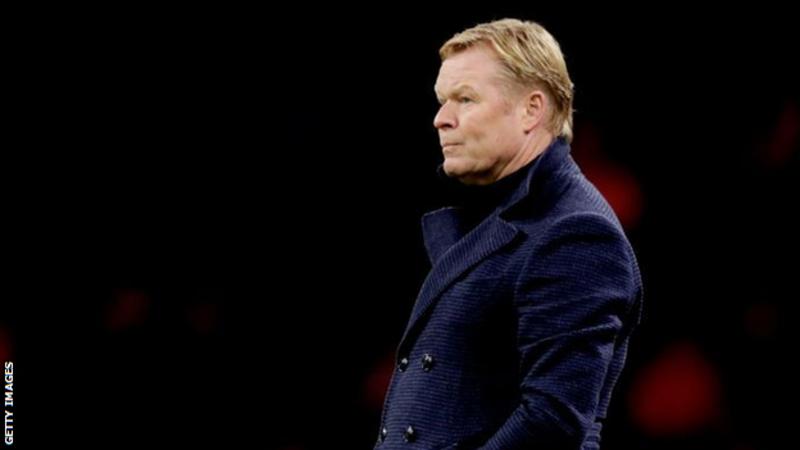 The Netherlands manager Ronald Koeman is in hospital in Amsterdam after being admitted with “chest complaints”.

Koeman, who made 192 appearances for Barcelona during his playing career, is expected to leave hospital on Monday.

“Ronald will need a few days rest, hopefully it will be respected by you,” said a statement.

During cardiac catheterisation, a catheter is inserted into a blood vessel and passed up to the heart and coronary arteries.

Koeman, who scored 14 goals in 78 appearances for the Netherlands, became his country’s head coach in 2018.