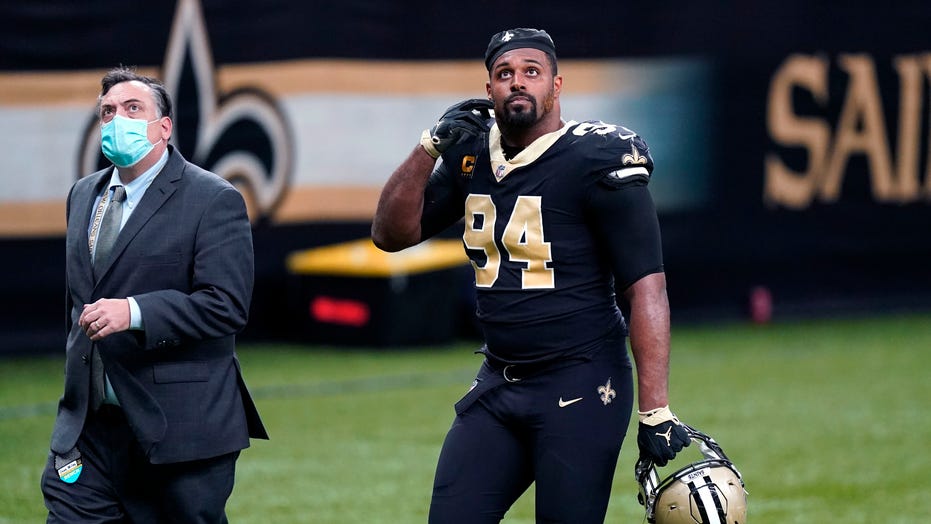 Cam Jordan took full responsibility for the New Orleans Saints loss against the Kansas City Chiefs on Sunday night after he was ejected early in the fourth quarter for throwing a punch during a crucial drive.

The Saints were trailing 21-15 when Jordan was flagged for a personal foul after he appeared to punch right guard Andrew Wylie while blocking him. Just one play later, Le’Veon Bell would run a 12-yard touchdown and Travis Kelce would finish it off with a 2-point conversion.

Jordan took to Twitter to say that while he disagreed with the call, the loss fell on his shoulders.

"No excuses! No matter how I feel about it, an ejectable offense was the outcome, I hurt the squad, and in the 4th qtr on a crucial drive! that’s on me! This loss on me! Can’t happen! Whatever the correction I will be better," he wrote.

Coach Sean Payton didn’t seem to disagree with the refs' call on the field.

"We talked all the time about playing with emotion, but not emotional," he said, via Yahoo Sports. "They’re pushing back and forth, and I see what the officials saw. They viewed it as a blow or a punch to the head. We’ve just gotta be smarter."

The Saints were able to rally but it wasn’t enough to best the defending Super Bowl champions who walked away with their ninth straight win.

Related posts:
TV and Movies
Jennifer Garner Goes for Stroll with 'Favorite' Person and 13 Going on 30 Costar Judy Greer
Zayn Malik reveals he has daughter Khai's name tattooed on his arm in Arabic
‘One Fine Day’: George Clooney and Michelle Pfeiffer Dish on Why the Rom-Com Bombed
Snowpiercer fans baffled by plot holes with Mr Wilford's train in season 2 premiere – did you spot them?
Dancing On Ice bosses 'won't axe Rufus Hound' as offensive tweets resurface
Recent Posts
This website uses cookies to improve your user experience and to provide you with advertisements that are relevant to your interests. By continuing to browse the site you are agreeing to our use of cookies.Ok