Bonded! Sarah Ferguson gushed over her former mother-in-law, Queen Elizabeth II and how supportive she’s been over the years.

Sarah Ferguson’s Royal Ups and Downs Through the Years: Divorce and More

The Duchess of York, 61, revealed during the Monday, August 16, episode of the “Tea With Twiggy” podcast that the queen, 95, has been her “greatest mentor” and the “person who believes in me” even after she divorced Her Majesty’s second son, Prince Andrew, in 1996.

“I think to myself that honestly, my mother-in-law has been more of a mother to me than my mother,” Ferguson explained, noting her mother wasn’t really in her life growing up. “[She’s] never faltered.” 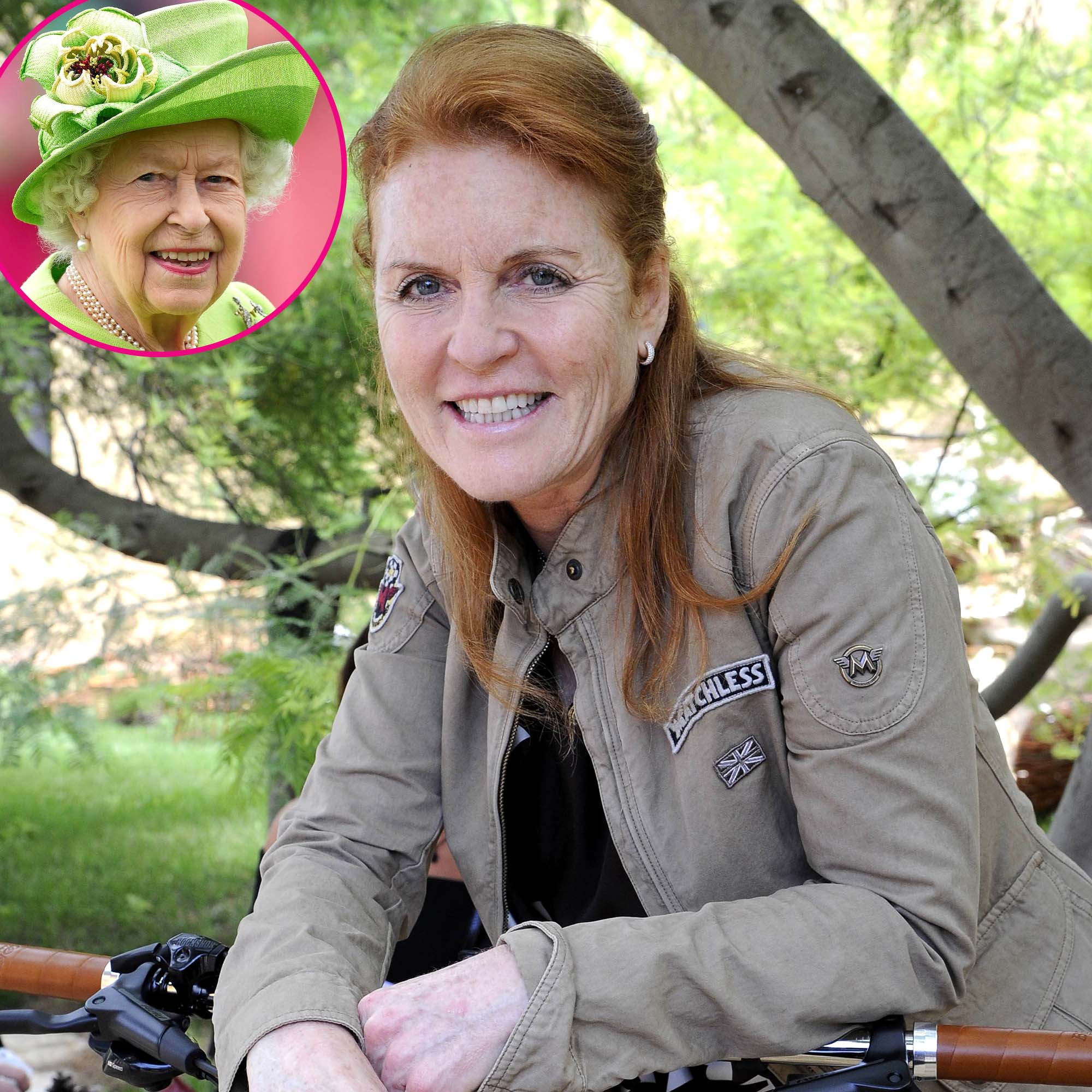 The duchess’ mother, Susan Barrantes, left their family when she was a child (divorcing her father in 1974) and moved to Argentina with new husband Héctor Barrantes. She later died in a car crash in 1998.

“I lost my way. I became deeply insecure [after my mom’s passing],” Ferguson said on Monday. “I suppose it wasn’t until my lovely ex-husband, lovely Andrew, that [I found my voice]. He always believes in me.”

The Her Heart for a Compass author, who shares daughters Princess Beatrice and Princess Eugenie, with Andrew, 61, then praised the monarch for her continued guidance.

“I absolutely admire the incredible way Her Majesty is so modern. And how flexible, and how understanding, and how forgiving and how generous,” she said. “And kind. I absolutely think there is no greater mentor. The consistency of Her Majesty has been a great honor. A huge honor. Makes me want to cry.”

Ferguson previously told Us Weekly about her decision to be a hands-on parent and grandparent following the absence mother as a child.

“Having not had my own mother around, I’ve always been determined to be a very present mother with my children, and I know Eugenie will be the same with hers,” she exclusively told Us in January before 31-year-old Eugenie welcomed her first child, son August, with husband Jack Brooksbank, the following month. “She is incredibly empathetic and will be a great mother. She is a very strong and determined person, always looking for the truth in all she does.”

The Crown Couldn’t Save Them! Royal Divorces Through the Years

The Adventures of Charlie, Blue and Larry the Lamp Post author, who dedicated her most-recent children’s book to her first grandchild, noted that her bond with her two girls has always been strong.

“I have always been so close to my girls and it is such a joy to see them embarking on this next phase of their lives,” she added. “We call ourselves the tripod and it’s a real honor to see them grow.”