For once, Williams arrived at a grand slam with expectations relatively muted having won just one match on clay in the build-up and with five years having passed since she went beyond the fourth round at Roland Garros.

Expectations have now ramped up significantly thanks to a combination of solid play from the 39-year-old and an exodus of leading names from the bottom half of the draw.

Third seed Aryna Sabalenka’s 6-4 2-6 6-0 defeat by Anastasia Pavlyuchenkova leaves seventh seed Williams as by some distance the highest-ranked player left in that half.

She will need to improve a lot still if she is finally to win a 24th grand slam singles title but few have been better at playing themselves into form through a tournament than Williams.

Her 6-4 6-4 victory over Collins, who was playing her first tournament since surgery for endometriosis, was a step up from her first two matches, with Williams’ serve working better and her determination very apparent.

The only wobble came early in the second set when Williams lost four games in a row but, after urging her feet to start moving again, she reeled off five straight games to clinch victory and set up a last-16 meeting with 21st seed Elena Rybakina. 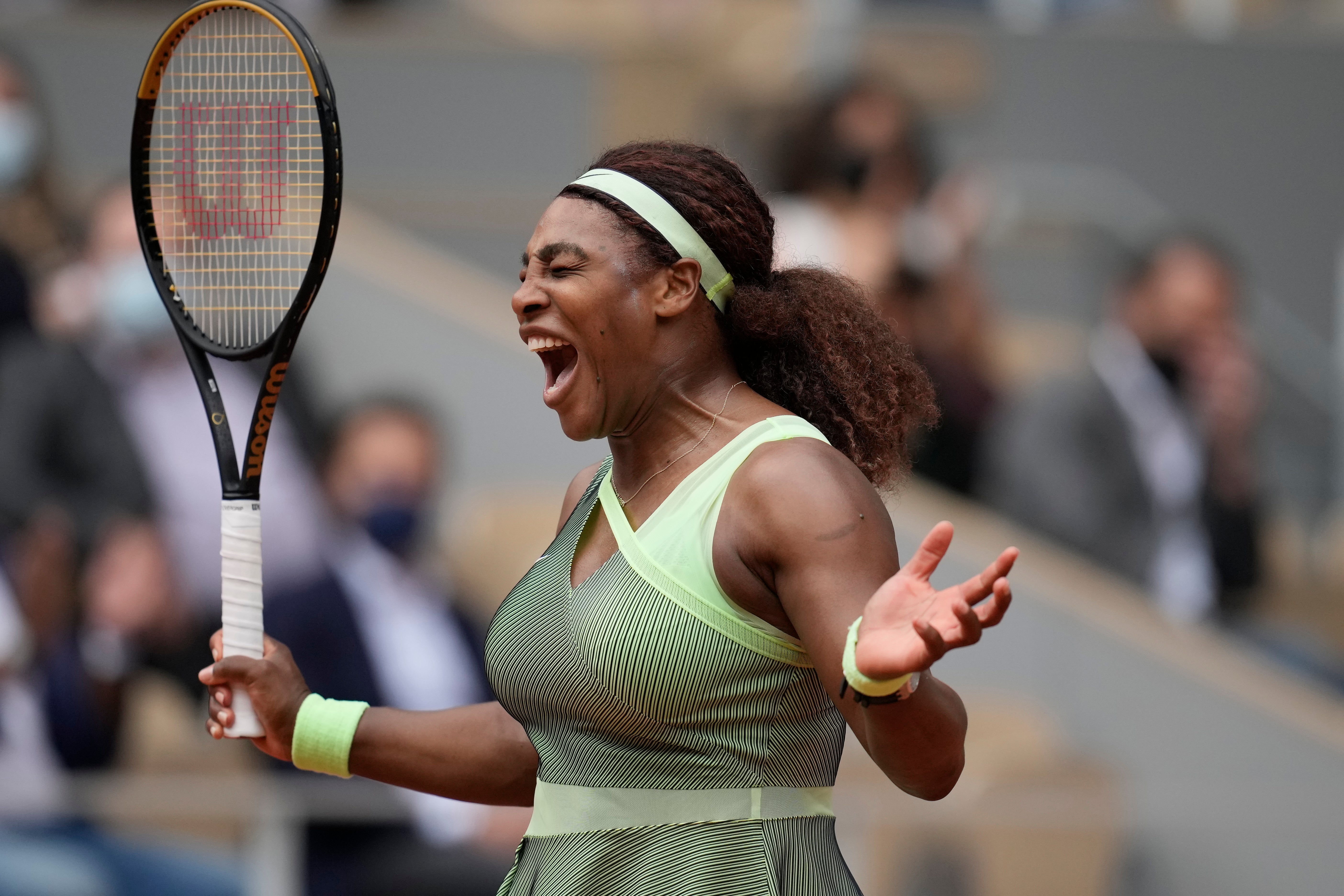 Williams will not get ahead of herself, saying: “There’s still a lot of matches, a lot of great players, as we can see. There’s so much depth in this game now, it doesn’t matter if you’re playing in the first round or not, you really have to fight for every match and nothing comes easy.

Sabalenka’s error-strewn exit has left the tournament without its top three women’s seeds inside the first week.

World number one Ashleigh Barty was forced to retire through injury during her second-round match, which followed the much-publicised withdrawal of Naomi Osaka.

Sabalenka has been one of the most in-form players of the last few months and won the biggest title of her career in Madrid last month but she has yet to make a real impression at a grand slam, failing to go beyond the fourth round.

That has clearly become a psychological hurdle and, having fought back from a set down against experienced Russian Pavlyuchenkova, Sabalenka struggled to keep the ball in the court, making 39 unforced errors in total.

Pavlyuchenkova will next take on Victoria Azarenka, who reached the fourth round at Roland Garros for the first time since 2013 with an impressive 6-2 6-2 victory over Madison Keys.

Rybakina ended Elena Vesnina’s comeback grand slam with a 6-1 6-4 victory. The Russian was playing her first major since giving birth to her daughter in 2018.

Slovenian Tamara Zidansek is through to the last 16 at a slam for the first time after a rollercoaster 0-6 7-6 (5) 6-2 victory over Katerina Siniakova.

Marketa Vondrousova, a surprise finalist in 2019, defeated Polona Hercog 6-3 6-3 while Romanian Sorana Cirstea saw off Daria Kasatkina 6-3 6-2 to reach the fourth round in Paris for the first time since 2009.