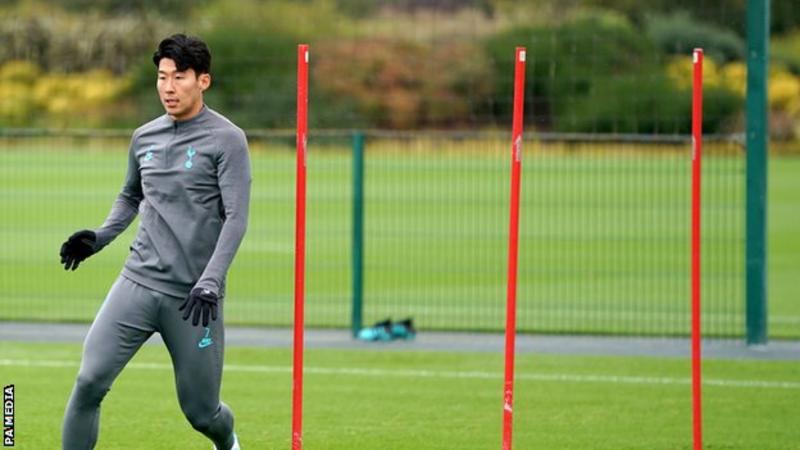 Tottenham’s Son Heung-min described his recent military service as “tough” and added that he is almost at peak fitness for the restart of the Premier League.

The 27-year-old forward performed three weeks mandatory service in South Korea in April, after recovering from surgery on a fractured arm.

“I don’t know how the people [with me] felt, but for me the three weeks have been long, but a good experience.”

He added: “I couldn’t say everything that I’ve done but I really enjoyed it. Those guys were nice. The period was tough, but I tried to enjoy it.

“The first day when we don’t know each other was a bit weird, but soon we got to know each other. We spent every day together in one room, 10 people very close, working together, we helped each other so the time was fantastic.”

Son injured his arm in mid-February, a month before the Premier League was suspended because of the coronavirus pandemic.

His manager Jose Mourinho initially feared that neither he nor striker Harry Kane would play again this season, but it now seems likely the pair will be part of the squad which is targeting a Champions League spot.

The club have nine league games remaining and are currently seven points behind fourth-placed Chelsea.

“I’m physically fine. I’m working really, really hard to be at my maximum level and I’m nearly there,” added Son.

“Now we can train together, we’re training more than the last two weeks and the players – Moussa [Sissoko] is back, Harry [Kane] is back, Stevie [Bergwijn] is back, everyone wants to play again and everyone is motivated.”