Sources tell E! News Clare Crawley is being replaced by Bachelor in Paradise alum Tayshia Adams on the upcoming season of The Bachelorette, which began filming earlier this month. 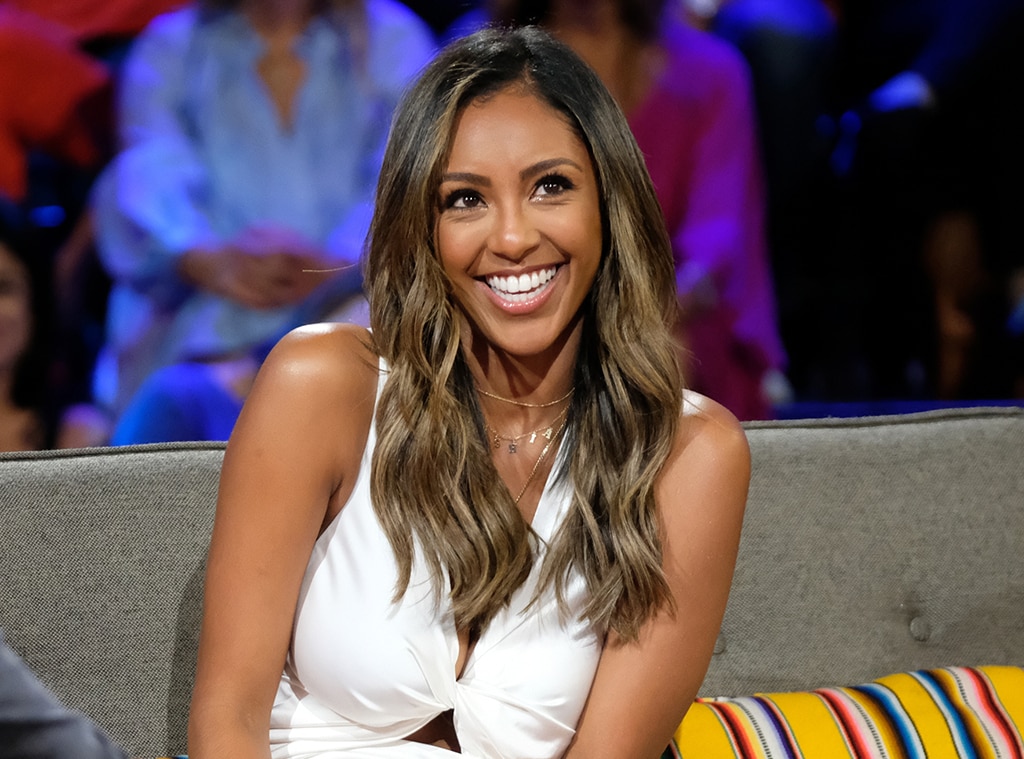 As if a quarantined season of The Bachelorette wasn't interesting enough, there's a brand new leading lady set to pass out roses.

"The producers have told her that the season will still lead with Clare and her short-lived journey, and will show Clare falling in love with one of her suitors," the insider shares. "Clare will then conclude her journey and announce that Tayshia is the lead."

The shocking update comes just weeks after production officially began on the 18th season of the ABC dating competition series. Unlike past seasons, where contestants travel around the world on a journey to find love, Clare and the contestants were to remain isolated at a Palm Springs, Calif. resort for the entire duration of filming. A whopping 42 men were announced as contestants, presumably because alternates were needed if any tested positive for COVID-19.

Clare, who at 39 would have been the oldest lead in Bachelorette history, faced a rocky start to her season when the coronavirus pandemic delayed production. She shared at the time, "All I know for sure is that my heart is so full from all the love and support thus far, and am still so excited for my journey to begin! I've waited 38 years for these moments, what's a little bit longer, right!"

Rumors swirled over the weekend as Clare's return to social media had Bachelor Nation buzzing. As fans may know, contestants' phones are taken away during filming, but on Sunday, Aug. 2, Clare appeared to "like" and quickly "unlike" a fan's post on Twitter about Tayshia becoming the Bachelorette.

Tayshia Adams to Replace Clare Crawley on The Bachelorette

Bachelor Nation was first introduced to Tayshia, 29, when she appeared on Colton Underwood's season of The Bachelor, which aired in early 2019. She then struck up a romance with John Paul Jones on Bachelor in Paradise, but the two went their separate ways in Oct. 2019.

Tayshia last posted on social media on July 30, sharing a photo of her shadow on Instagram along with the quote, "The eye is always caught by light, but shadows have more to say."

The Bachelorette is set to air this fall on ABC. Warner Bros. and ABC declined to comment when contacted by E! News.