Sales of U.S. homes are on the decline, falling 1.2% from May to June — the biggest drop in almost a decade.

The dip in seasonally adjusted home sales marks the biggest decline during this time of year since 2012, which according to real estate brokerage Redfin suggests "the housing market frenzy may have peaked for the year."

In the month of June, the number of homes for sale also dropped, about 28% compared to a year earlier. This also marked another record low since 2012, when the real estate brokerage began tracking this data.

Even though home sales are on the decline "measures of completed home sales reflected the most competitive market on record in June," according to Redfin.

Home sales are stalling because prices have skyrocketed to "beyond what many buyers can afford," according to Redfin chief economist Daryl Fairweather. 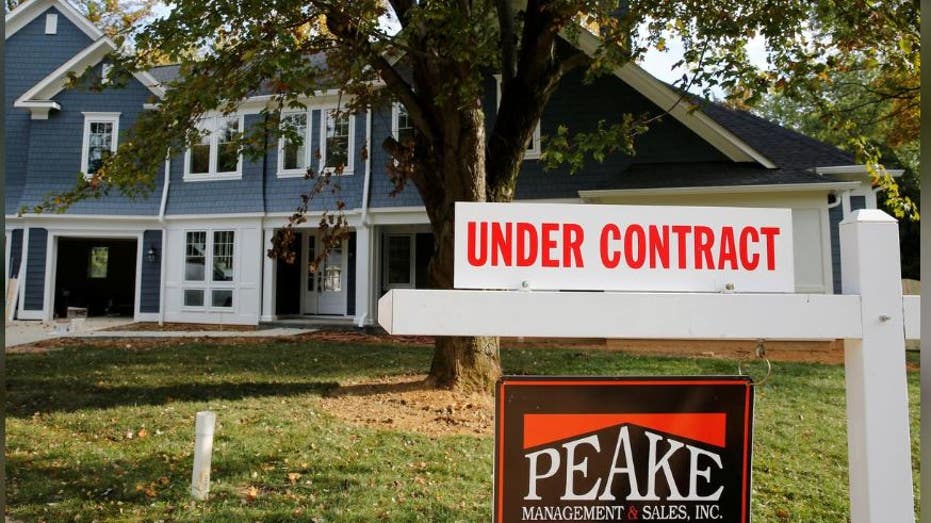 A real estate sign advertising a home “Under Contract” is pictured in Vienna, Virginia, outside of Washington, Oct. 20, 2014.  (REUTERS/Larry Downing)

According to Redfin data, the national median home-sale price in June hit a record high of $386,888, an increase of about 25% compared to a year earlier.

More than half of homes, about 56%, sold above their list price, up from 27% compared to a year ago.

Additionally, the typical home sold in June went under contract in just two weeks, a far cry from the previous mark of about 39 days a year ago.

Fairweather projected that prices will stabilize this summer, as more homeowners list their homes after "realizing they likely won't fetch a higher price by waiting longer to sell."

By 2022, Fairweather expects home sales to "rev back up," especially as rents continue to rise and owning a home becomes more appealing.