Music sensation Lorde hasn’t been busy since 2017, but that’s all changing. In a newsletter to fans, Lorde announced that she’s got an album coming called “Solar Power,” according to Pitchfork. It’s an unusual announcement, considering Lorde famously took a step back from social media. Hey, we all need a break sometimes. And in even more happy news, Lorde recently released a single of the same title which is, as the name would suggest, a cheerful, sunny track.

In her newsletter, Lorde explained her motivation while creating the album. “The album is a celebration of the natural world, an attempt at immortalising the deep, transcendent feelings I have when I’m outdoors,” Lorde explained. “In times of heartache, grief, deep love, or confusion, I look to the natural world for answers. I’ve learnt to breathe out, and tune in. This is what came through.”

Lorde had more to say about the album: “I want this album to be your summer companion, the one you pump on the drive to the beach. The one that lingers on your skin like a tan as the months get cooler again.” While we’re thrilled about the prospect of the whole album, we can’t get over the single “Solar Power.” Here’s what the song really means. 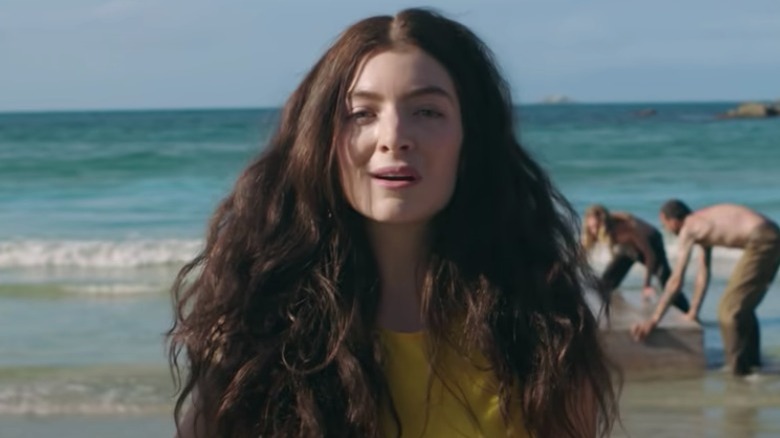 Lorde’s “Solar Power” is a punchy, sunny song that offers the perfect antidote to a winter freeze. And it brings a triple threat with Lorde followed by Phoebe Bridgers and Clairo singing backup vocals, according to Pitchfork.

Lorde begins the song with a seasonal shift. “I hate the winter, can’t stand the cold/ I tend to cancel all the plans (So sorry, I can’t make it)/ But when the heat comes, something takes a hold,” she sings, according to Genius.

While the song describes the changes that come with sun and summer, Lorde also offers a deeper message through the sunny metaphor. “Forget all of thе tears that you’ve cried/ It’s ovеr,” she sings. “It’s a new state of mind/ Are you coming, my baby?” After the year we’ve all just had, it’s definitely a message fans were willing to hear.

Fans were all over it on Twitter, chiming in with the summer vibes. “Oh but how is she so sweet and warm and ethereal?” one fan asked. “I literally feel like I’ve just received a love letter sprayed with a lil citrusy perfume.” That sounds like pure poetry, just like the song.