TOM UTLEY: Let’s give thanks to gardeners like Mrs U, who can turn rubble and mud into our mini-Arcadias

Over the past 53 days, many of us will have caught ourselves wishing we were locked down with a hairdresser, or perhaps an IT specialist familiar with the ways of PowerPoint, WhatsApp and Zoom.

Alas, Mrs U is neither. Having seen the results of her attempts to trim our boys’ hair as they were growing up, I wouldn’t let her anywhere near my straggly locks with a pair of scissors.

As for her computer skills, she’s the only person I know who is even more baffled by the mysteries of electronic technology than I.

Enough to say that if you’re ever reduced like her to asking me for advice on how to get the printer to work, or how to unfreeze a locked screen, you’ll know you’re past help. 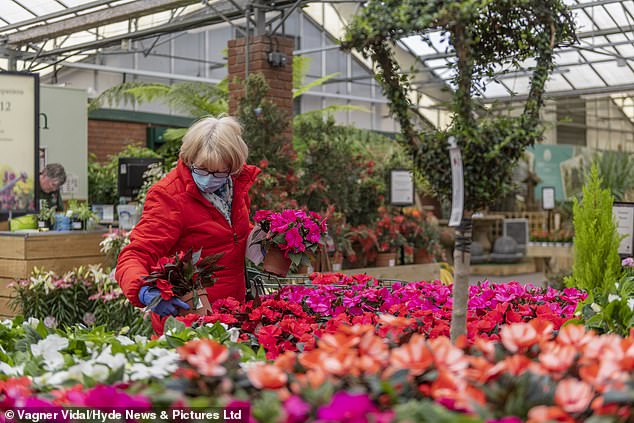 But we must take comfort where we can — and since the world went mad with terror over the spread of the coronavirus, I’ve congratulated myself daily on the wisdom and foresight I showed 40 years ago, when I threw in my lot for life with a keen amateur gardener.

For it is thanks to Mrs U’s back-­breaking toil over the years that we’ve been able to enjoy a mini-Arcadia at the back of our suburban semi — a haven of greenery, colour and fragrance to lift the heart during these weeks of enforced isolation.

How she rejoiced this week, along with countless others who share her passion for this most British of enthusiasms, when our local garden centre was finally allowed to reopen! Let’s just pray that this is the start of the reawakening of freedom.

Before you get the wrong idea, I hasten to say that we don’t have a great estate like Sissinghurst Castle, whose greenfingered occupant Vita Sackville-West is alleged to have advised: ‘No matter how small your garden, be sure to set aside at least a couple of acres for roses.’ (I can’t find any convincing evidence that she actually said it, but it’s a good story all the same.)

Indeed, when I say that our garden is a mini-Arcadia, I mean mini — 60ft long by 12 ft wide, to be precise.

But at a time like this, even the most modest patch of outdoor space is a blessing, and my heart goes out to the many who have been cooped up indoors without a blade of grass to call their own.

I can’t vouch for the therapeutic effects of actually doing the weeding, watering, potting and planting (though plenty of surveys have found that gardening works wonders for mental health). She does all that.

As the laziest of men, my own duties have been confined to occasionally mowing the lawn and picking up the extortionate bills from the garden centre. 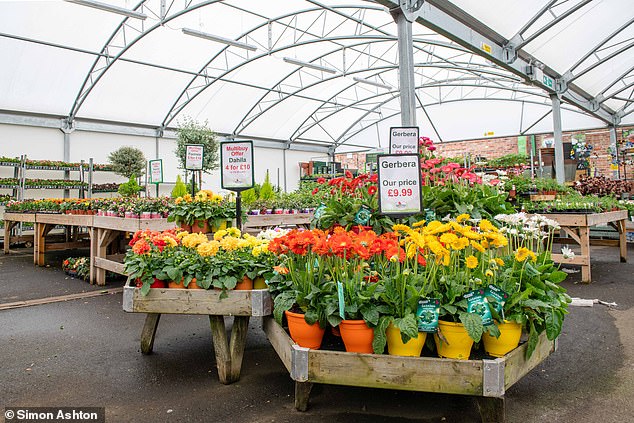 But I can certainly testify that there’s nothing quite like the sights and smells of a well-tended garden to soothe the soul in a time of crisis.

Mind you, it has been a long, hard struggle for Mrs U to create something pleasing to the senses out of the horror that faced her 32 years ago, when we first moved into the Edwardian semi where we’ve lived ever since.

Neither of us liked much about the house. The rooms were poky and dark — most of them painted a repellent peeling pink, like diseased skin. Black fungus was growing on the wall behind the downstairs loo off the kitchen.

Rusty brown stains ran down the middle of the bath from the taps. Most depressing of all was the garden — if ‘garden’ is the right word for a wasteland of builders’ rubble and mud.

Someone who had lived there before us clearly had a deep love of concrete. A concrete path ran the length of the garden from a paint-stained, warped concrete patio.

In the centre of what should have been a lawn stood a rusting pole for the washing line, embedded in concrete foundations deep enough to support Canary Wharf tower.

In the corner at the back stood a rotting wooden shed, with a sagging roof, resting on concrete slabs 2ft thick.

But this was about the tenth place we’d looked at, and we were weary of the hunt. At least it had four bedrooms and it was handy for town.

With our two fast-­growing boys, soon to be joined by a third and a fourth, we couldn’t move fast enough from our twobed starter home down the road.

We comforted ourselves with the thought that this was just a step on our way up the housing ladder.

Before we knew it, we’d surely be able to move on to a h­andsome villa in Islington, or perhaps an idyllic rectory in Norfolk. So what did it matter if the house and garden were less than perfect?

We’d only be there for a couple of years. Or so I thought. But this, as I say, was more than 30 years ago.

As the time rolled by and my best- selling novel remained unwritten, we began to realise that we were stuck here for the foreseeable future and would have to make the best of it.

So as I struggled to tart up the house — painting and papering and putting up wonky shelves — Mrs U turned her attention to the infinitely more demanding challenge of the garden. Forget the rich, fertile soil of Monty Don’s Longmeadow.

Every turn of her spade dug up another rock, a brick or a broken teacup. It looked as if nothing would ever grow in our garden, apart from the odd dandelion and a tangle of weeds, brambles and nettles.

Nor did it help that as the boys grew up, they used our tiny patch of new-sown grass as a football pitch, churning it up in a sea of mud.

But Mrs U never gave up, filling skip after skip with the rubble she unearthed and spending God knows how much of my earnings on plants, compost, turf and soil.

Over the weeks of the lockdown, I’ve come to realise that this was probably the best investment I’ve ever made.

Though the house is as gloomy as ever, it’s an unalloyed joy to sit in the garden, or just to look out at it, with its neat lawn and well stocked borders — soon to be even better stocked, now that the garden centres are open again.

In a country where there are said to be 10 million acres of private gardens (though how sad that more than a quarter of homes built these days are without gardens) it’s a tiny space we can truly call our own.

So let’s hear it for the gardeners of Britain, who struggle against slugs, snails, aphids and frosts to create pockets of beauty out of barren wildernesses.

As Vita Sackville-West undoubtedly did say: ‘No gardener would be a gardener if he didn’t live in hope!’

When Mrs U’s time finally comes — long after mine, I trust — she and her fellow enthusiasts will at least be able to boast that they’ve left a small part of this world in a better state than when they found it.

And how many of the rest of us can claim that?