Lewis Gregory says Trent Rockets are looking after Afghanistan leg-spinner Rashid Khan as he deals with the upheaval in his homeland.

Rashid has taken a tournament-leading 12 wickets in The Hundred for the Rockets, who will meet Southern Brave in Friday’s Eliminator for the right to face Birmingham Phoenix in the final on Saturday.

The 22-year-old posted a message on Twitter on Thursday praying for “a peaceful, developed and united” Afghanistan, where there are fears of a humanitarian crisis following the withdrawal of western forces and the return to power of the Taliban.

Today let us take some time to value our nation and never forget the sacrifices. We hope and pray for the peaceful , developed and United nation INSHALLAH #happyindependenceday 🇦🇫🇦🇫 pic.twitter.com/ZbDpFS4e20

Rockets captain Gregory told Sky Sports: “We have a fantastic group of lads and they have really rallied around him, trying to keep him busy and look after him as much as we can.

“I know he has been around a long time but he is still a young lad. You can see he is not his regular bubbly self and all we can really do is try and pick him up.

“The guy is unbelievable. He has done it all around the world and he is doing it in England this year.

Please use Chrome browser for a more accessible video player 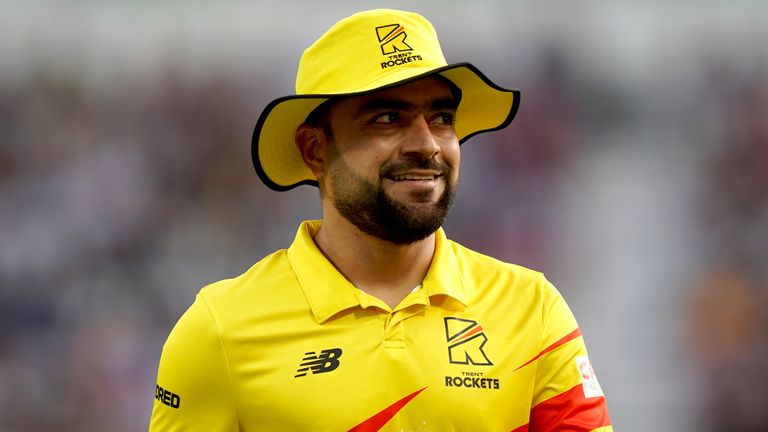 “When you throw in the circumstances with what’s going on back home where his family are, it’s nothing short of amazing. What he brings to his country and cricket is huge.

“He is fully focused on his cricket and hopefully we can get a trophy for him and put a smile on his face.”

Reflecting on the inaugural edition of The Hundred, Gregory, who plays his county cricket for Somerset, said: “It has been brilliant to see full houses everywhere we have been – those are the games you want to be involved in.

“The biggest thing is seeing kids and families at the ground. I have spoken to friends and family who have said kids are talking about it at school.

“It’s exciting to see that – kids talking about cricket instead of other sports. Fingers crossed that will lead to a successful England team in 10 or 15 years. 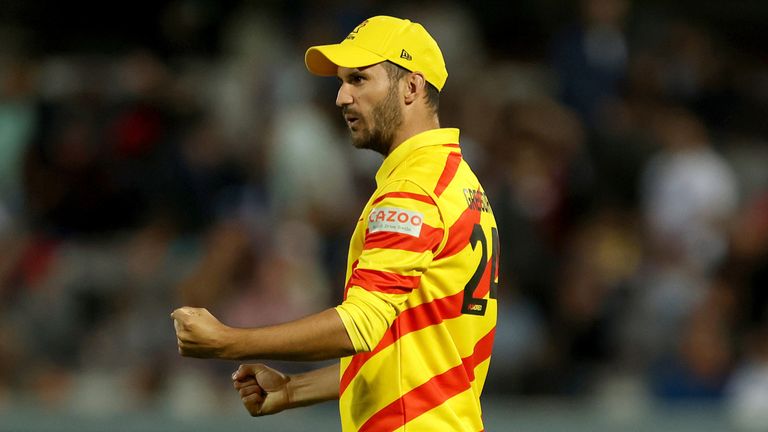 “I think the tournament has been really well received by the public [but] I think some adjustments could be made. If we could get a team in south-west England, it would be amazing.

“It’s more cricket and we already play quite a lot of cricket so how everything fits in I’m not sure, but it’s here to stay. It is definitely a competition I have enjoyed playing in. I think other players have as well.”

Watch the men’s Eliminator in The Hundred, between Southern Brave and Trent Rockets at The Kia Oval, live on Sky Sports The Hundred from 6pm on Friday.

The winners will face Birmingham Phoenix in the final at Lord’s, live on Sky Sports The Hundred from 6pm on Saturday.