TYSON FURY revealed he and wife Paris have missed their first romantic holiday for 10 years through the COVID-19 lockdown.

The Gypsy King and his queen have used the last eight weeks to train alongside fans with 9am Instagram work-outs. 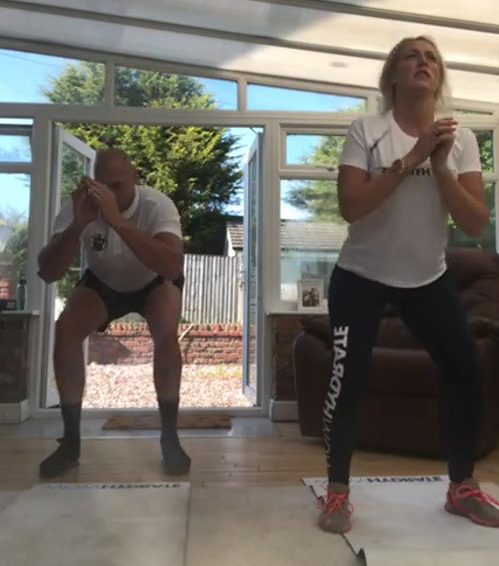 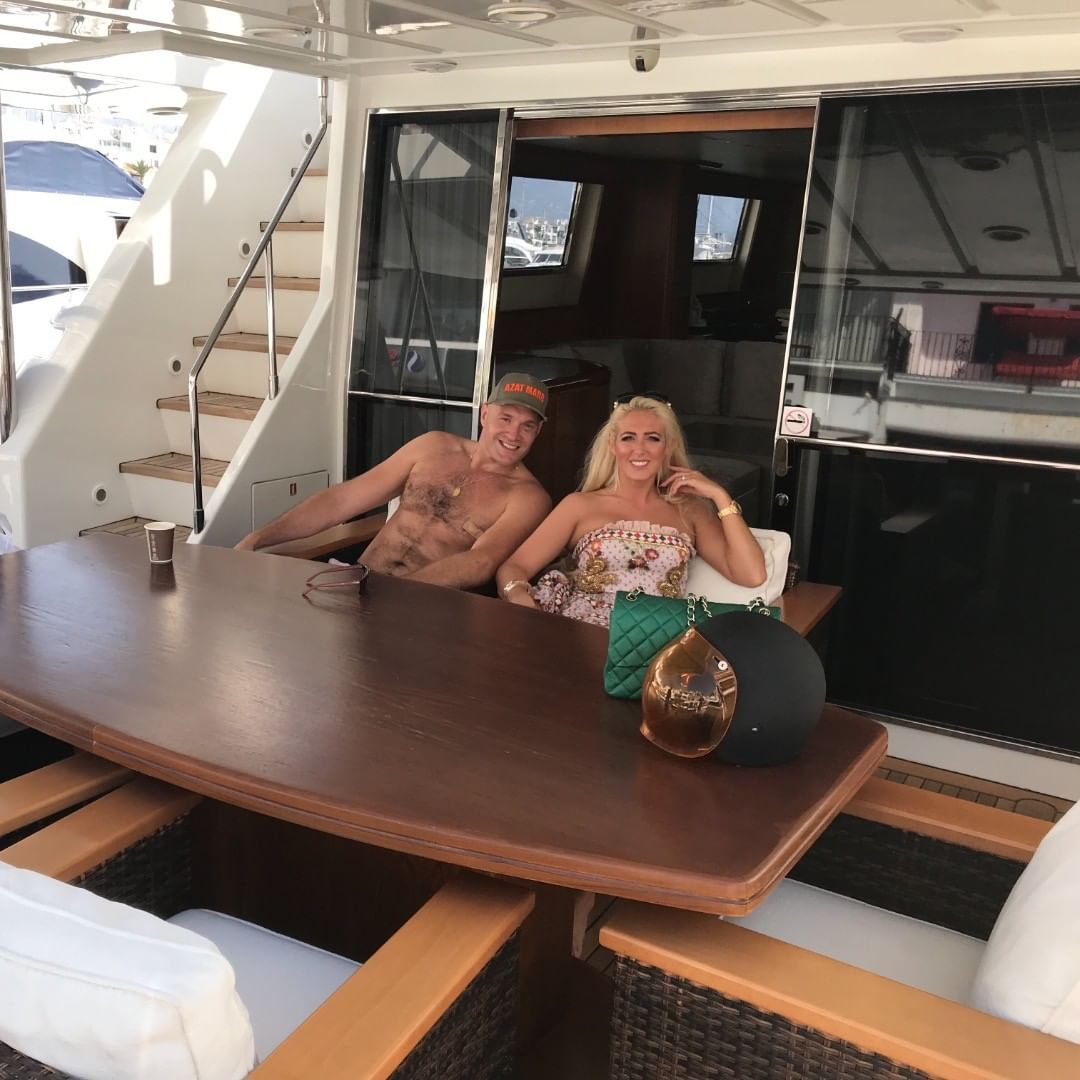 There have been cameo appearances from all of the Furys’ five children who have kept viewers entertained by disrupting some of the sessions.

And the WBC champ and his childhood sweetheart had booked a Spanish break away from their brood for this May, their first since becoming parents, that has been kyboshed by the pandemic.

The 6ft 9in star revealed during Wednesday’s session: “Me and Paris were supposed to go to Marbella for a weekend party for the first time without the kids, ever, it would have been amazing.” 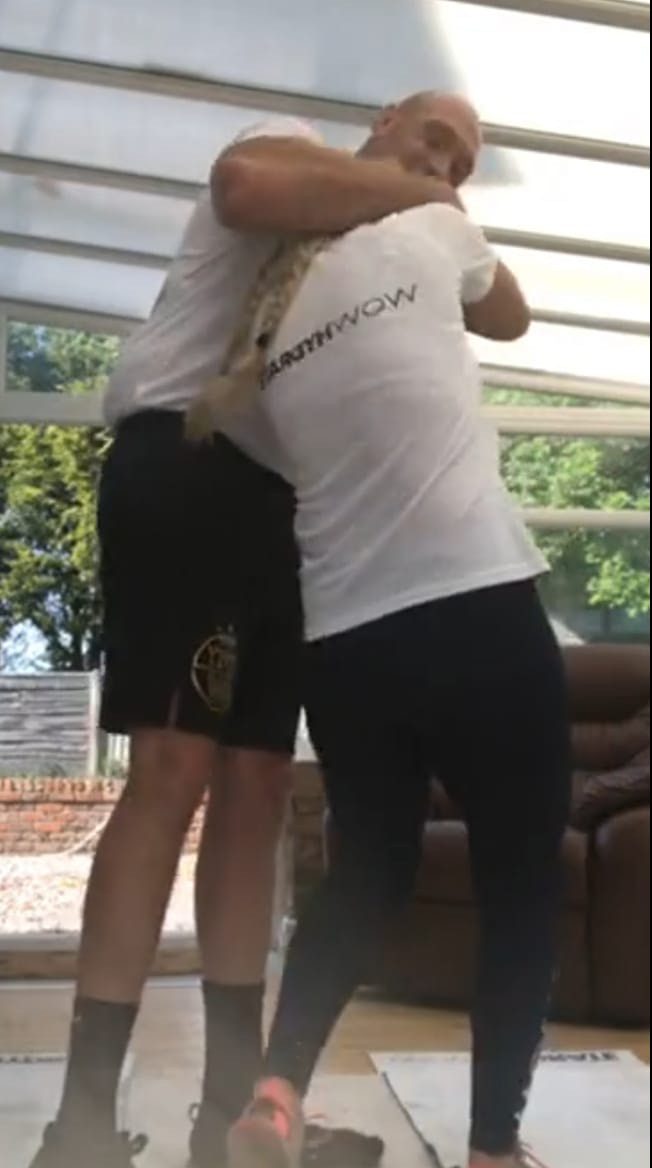 Romantic Fury then tried to plant a kiss on his training partner but Paris tried to swerve the embrace because the champ was sweating so much from the gruelling work-out.

Eventually the Morecambe hero did plant a smacker on his missus and he joked that her guard almost ripped open the giant gash he suffered in the win over Otto Wallin last September.

After locking lips with his blonde darling, Fury said: “You flicked me in the eye just then – you could have opened up my old 47-stitch cut.”

Fury is scheduled for a third fight with Deontay Wilder as soon as the lockdown is lifted.

And he revealed he has been using an old training technique the Bronze Bomber could do with adopting.

After Fury’s one-sided demolition of the American KO artist, Wilder claimed the 40lbs costume vest he wore into the ring – to look like a spaceage warrior – stole all of his strength and energy.

But Fury revealed he has been throwing on a similar vest for training purposes to help boost his long legs.

He said: “I did a run last night with a weighted vest on and was doing fireman lifts so my legs are killing me.

"My calves are killing me from doing stair runs too.” 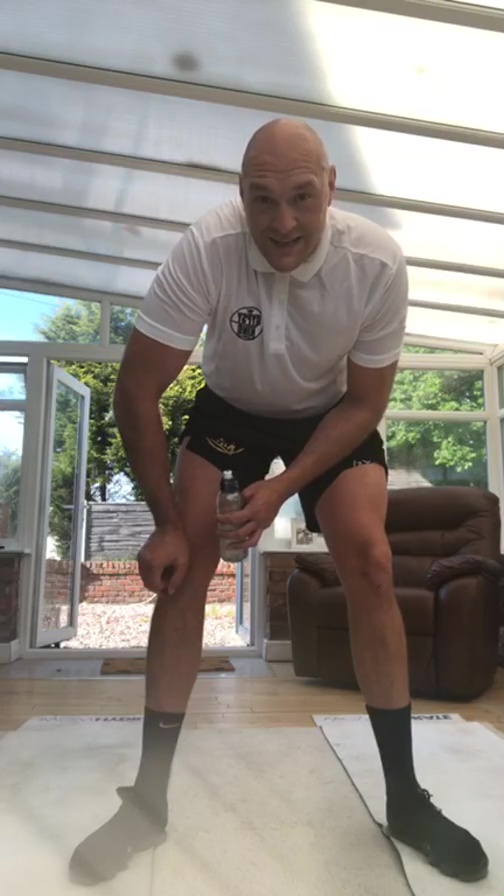