Talk about a cute critic! Kate Hudson enlisted her 21-month-old daughter, Rani, to help her sample some scrumptious smoothie recipes for a new health and wellness venture she’s working on.

The Almost Famous actress, 41, took to her Instagram Stories on Wednesday, July 22, to share a clip of herself whipping up an array of healthy drinks. At one point, Hudson spilled out some edible brown powder on her kitchen counter. “Testing, testing,” she wrote beneath the treat.

The Bride Wars star then poured the remaining powder into a nearby blender and combined it with what appeared to be frozen bananas, berries, ice and other ingredients. 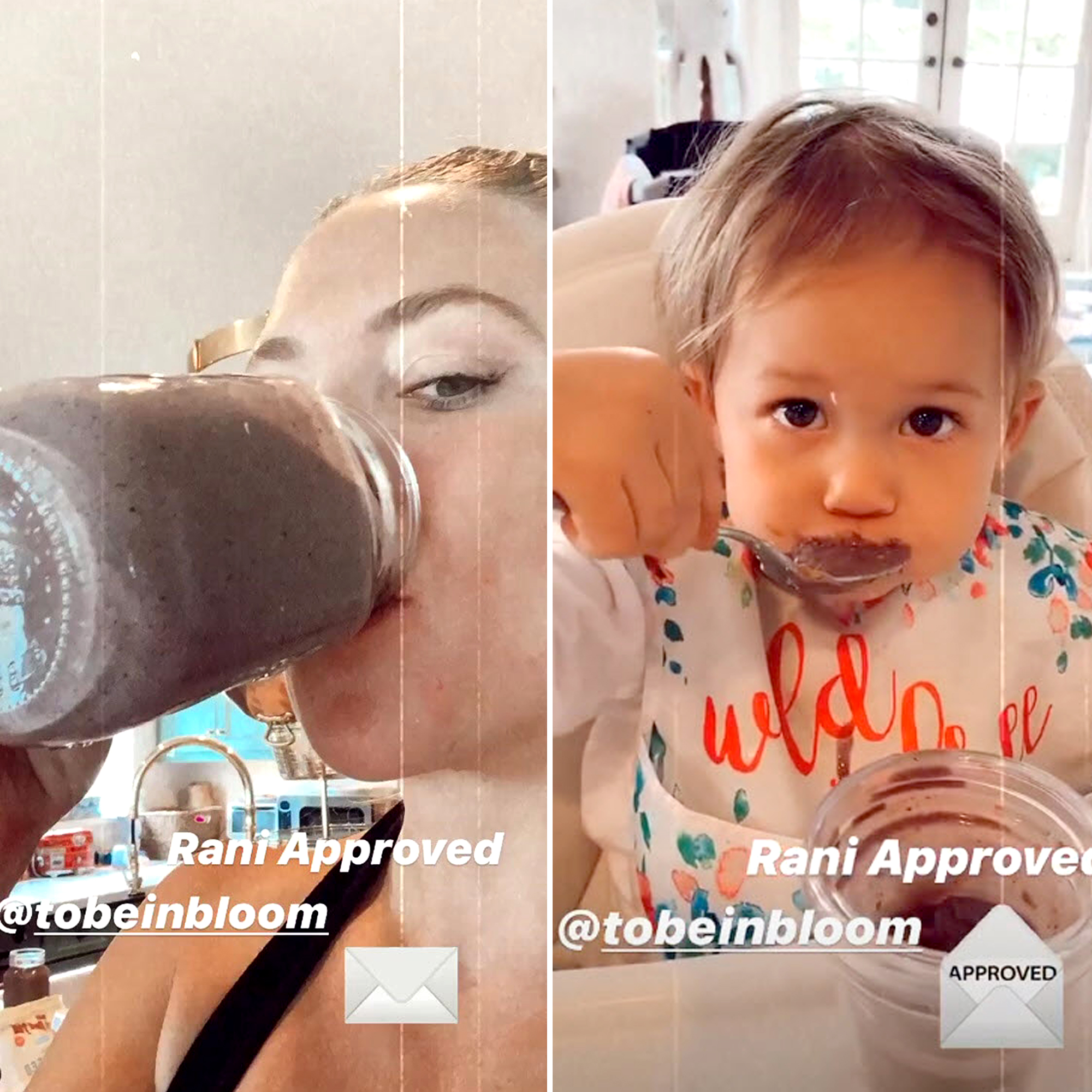 Once the drink was fully blended, she took a sip and smiled for the camera. The California native then pivoted to Rani, who was sitting in her highchair across from mom with her own small serving of the colorful beverage. The toddler, who Hudson shares with boyfriend Danny Fujikawa, spooned the purple smoothie in her mouth while the Fool’s Gold star inquired about her thoughts.

After a brief pause, Rani, who had a face full of smoothie, adorably replied: “[I] like it.”

“Oh, that’s good,” Hudson said in response as she turned the camera around to share a laugh with her fans.

Not surprisingly, the Something Borrowed star was happy that her little one was pleased with the new drink. “Rani approved @tobeinbloom,” she wrote on her Instagram Stories alongside an envelope filled with hearts.

This sweet taste test came about two weeks after the Glee alum announced she was in the process of creating a plant-based “body nutrition” company that’s slated to launch next month. The brand, which Hudson tagged in Wednesday’s update, is called In Bloom.

“I’ve created, with the most amazing team, a body nutrition company. It will support whatever you’re going through — your dailies and also anything else to assist certain things in your life, whether it be your sleep patterns or your cognitive function,” the “Sibling Revelry” podcast cohost explained on Instagram earlier this month. “I was supposed to launch this in 2021. I pushed it forward because I just felt now more than ever I wanted to be able to talk with you guys about health. I wanted to share with you the things that I’ve learned.”

Aside from launching a new brand, Hudson has her hands full with her three children. In addition to Rani, the How to Lose a Guy in 10 Days star also shares sons Ryder, 16, and Bingham, 9, with ex-husband, Chris Robinson, and ex-boyfriend, Matt Bellamy, respectively.

Hudson snapped a rare photo of her complete brood on Wednesday, July 14, and posted the picture on Instagram. “Finally got all three to look…ish. #mycrew,” she wrote in the caption.