MINCE pie lovers wanting the best value for money should head to Aldi, a Sun investigation has revealed.

Our research found the budget store’s festive treats contained more filling than those sold by most other supermarkets — and they were the cheapest. 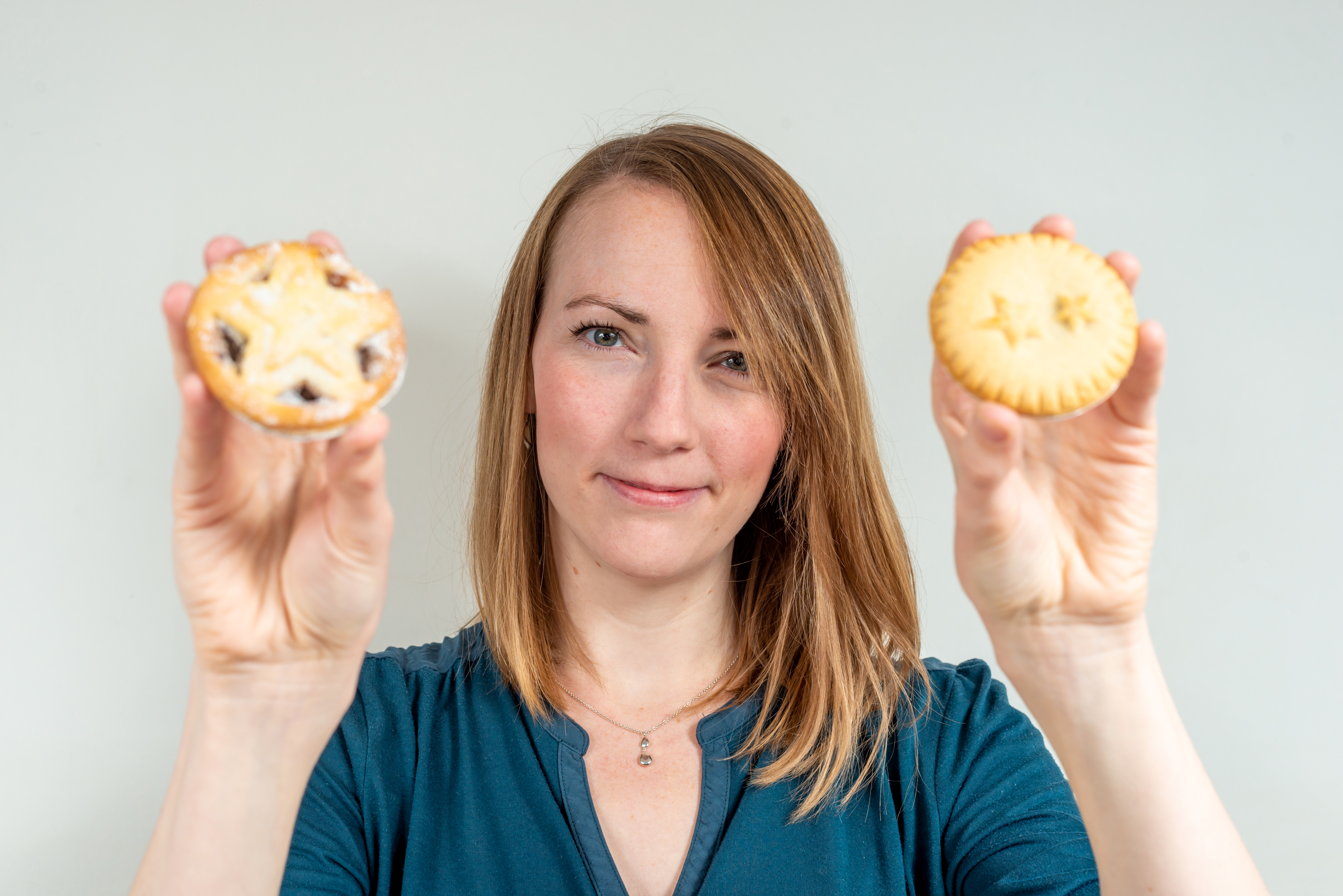 Aldi’s Holly Lane pies contained an average of 37.2 per cent filling, just below those from posh supermarket Waitrose, whose pies had 37.6 per cent mincemeat.

But the Aldi mince pies were around half the price of the Waitrose versions, at 13p each compared with 25p.

The average Aldi mince pie weighed in at 60g and contained an average of 22.3g of mincemeat, almost 50 per cent more than worst offender Asda.

We bought standard packs of pies, weighed one, then took out the filling and weighed just that. 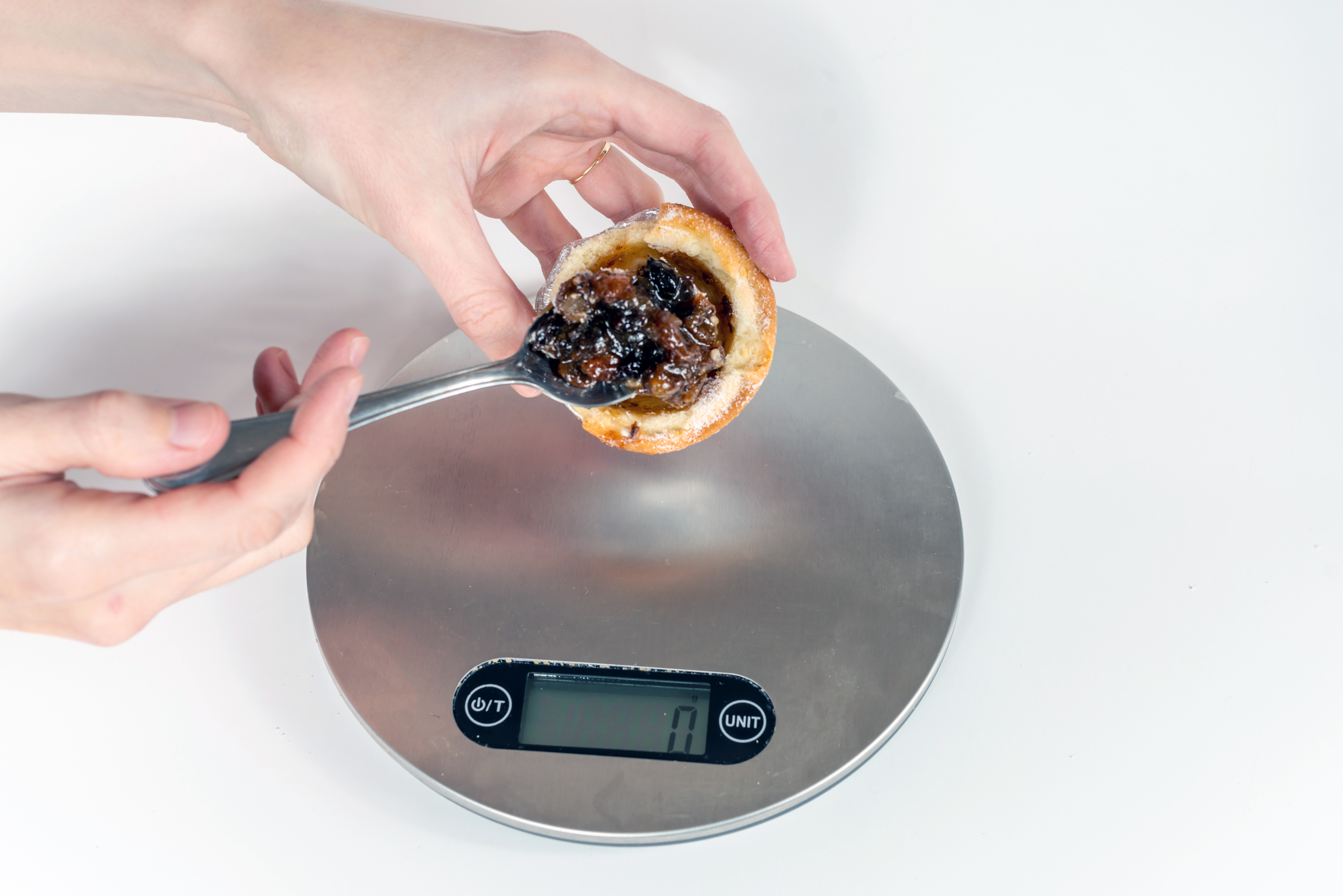 We did it with three pies from each shop to get an average.

Asda came out bottom in our investigation, its pies containing an average of just 16g of filling, that is 28.6 per cent.

It is a fall from grace for the supermarket which aced the Sun’s test of luxury mince pies last year.

Those were then the most-filled on the high street, even beating upmarket brands like M&S. 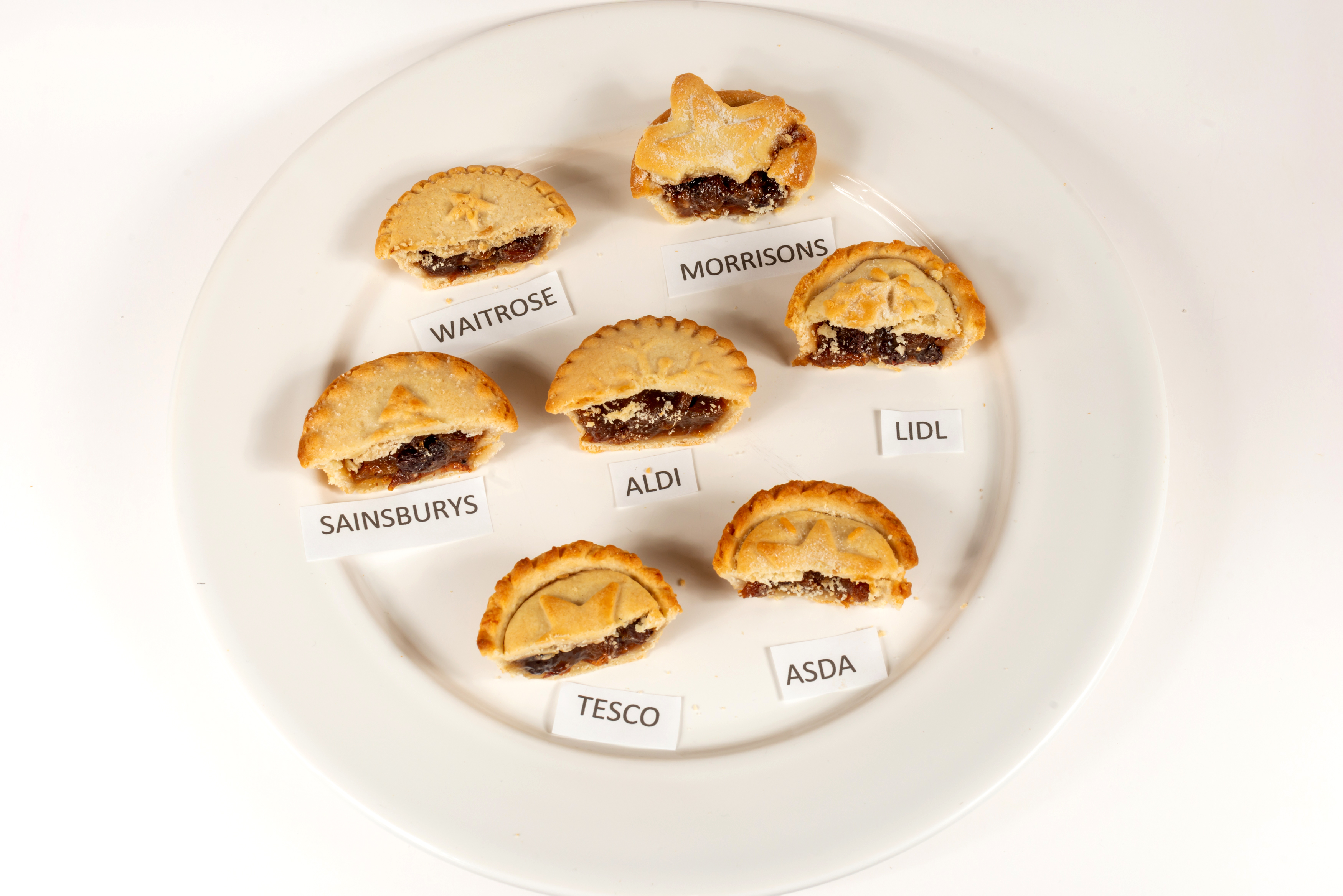 Sainsbury’s did not fare well in our latest test either. We found its pies were just 30.6 per cent filling, the second worst, but cost 17p each, making them the second most expensive after Waitrose.

Lidl’s Favorina mince pies were the smallest we tested, at 52g, and worked out at 13p each. Like Asda, they only contained 16g of mincemeat each, meaning they were just 30.8 per cent filling.

Julie Ashfield, managing director of buying at Aldi, said: “We’re delighted our mince pies have been found to be the best value for money and that the amount of delicious filling, crucial to a top-notch mince pie, has hit the spot.”

Asda disputed our results, saying its pies contained 49 per cent mincemeat and were checked regularly while they were being made to ensure levels were maintained. 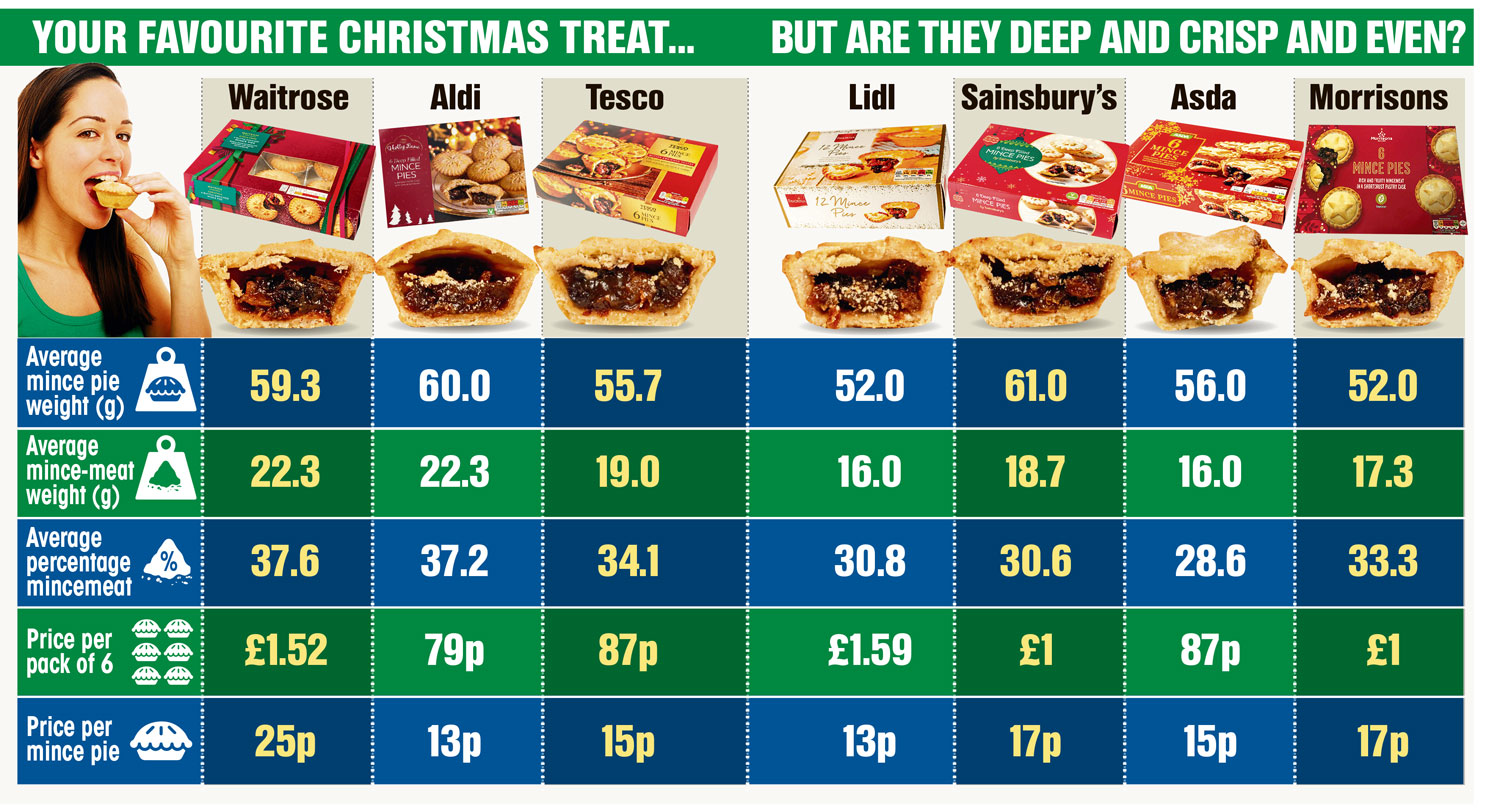 A spokesman added that our test did not take into account that, “much of the weight from the filling is absorbed into the pastry”.

Sainsbury’s said: “Our mince pie is bigger and has more mincemeat by weight than others on the market.

"Our well-loved recipe also offers slightly more pastry and was the best-selling mince pie last year. It is once again proving hugely popular with customers.” Lidl did not respond to a request for comment.