While Xinjiang, where researchers estimate hundreds of thousands of Uyghurs (the Muslim Turkic ethnic group predominately living in Xinjiang) are coerced into forced labor, may not be first to mind when it comes to fashion, the industry is entangled with what’s going on in the region.

While there is little apparel production in Xinjiang, the far western region accounts for roughly 20 percent of the world’s cotton supply, according to estimates from the Worker Rights Consortium. Industry-led initiatives, too, have relied on the region for sourcing what’s said to be more sustainable cotton.

Companies such as Inditex, Adidas, Nike, Gap, H&M and SMCP have been caught in the crosshairs of forced labor allegations and as more time passes, more companies are getting caught in the fray.

Yet for the companies knowingly or unknowingly swept up in forced labor allegations, no amount of sustainability claims and statements can hold up without evidence disproving forced labor. Signaling a no-tolerance approach to human rights abuses, governments from across the European Union, the U.K., U.S., and more are cracking down on forced labor.

Here, WWD breaks down a timeline of recent events in Xinjiang and what fashion needs to know and consider.

The report estimated that more than 80,000 Uyghurs were transferred out of Xinjiang to forcibly work in factories across China between 2017 and 2019 with some of them sent directly from detention camps. Estimates are modest at best, as reports from researchers like Adrian Zenz, senior fellow in China Studies at the Victims of Communism Memorial Foundation, estimated that in 2018 alone, at least 570,000 Uyghurs were mobilized for cotton-picking labor transfer schemes.

In the backlash since, brands issued statements disavowing forced labor. In some cases, as with Adidas, companies denied relationships with factories or, as in the case of footwear brand Skechers, said their audits revealed no forced labor despite Uyghur individuals being employed there.

At the time, awareness of Uyghur labor as an issue was only just surfacing “in the last four to five months,” Nathan Ruser, a coauthor of the report and researcher at ASPI, told WWD. Supply chain due diligence would take on greater urgency especially in opaque tier two and three suppliers with auditing alone as no safeguard.

RENEWED ATTENTION FROM CBP: The U.S. Customs and Border Protection agency ignited a series of withhold release orders, or WRO, related to apparel and cotton products, including three issued in September 2020. In August, the CBP issued one WRO on a privately held manufacturer-exporter called Hero Vast Group, requiring detention of its garments at all U.S. ports of entry, on reasonable suspicion of forced labor.

CBP ACTS ON COTTON: Following an investigation with reasonable suspicion to believe goods were made with forced labor, the U.S. Customs and Border Protection agency announced a withhold release order Dec. 2, 2020, on cotton and cotton products made by Xinjiang Production and Construction Corps, and its subsidiaries and affiliates.

By the end of 2020, CBP had issued 13 withhold release orders. CBP received allegations of forced labor from a variety of sources, including the general public.

THE XINJIANG COTTON BAN: With increased attention on the Xinjiang cotton crisis, the U.S. Customs and Border Protection agency banned all cotton and tomato products coming from the Xinjiang region on Jan. 13, 2021.

The move was an attempt to combat “slave labor,” and level the playing field for American businesses, in the words of Mark Morgan, acting commissioner of the CBP. “CBP will not tolerate the Chinese government’s exploitation of modern slavery to import goods into the United States below fair market value,” he said. “Imports made on the cheap by using forced labor hurt American businesses that respect human rights and also expose unsuspecting consumers to unethical purchases.” 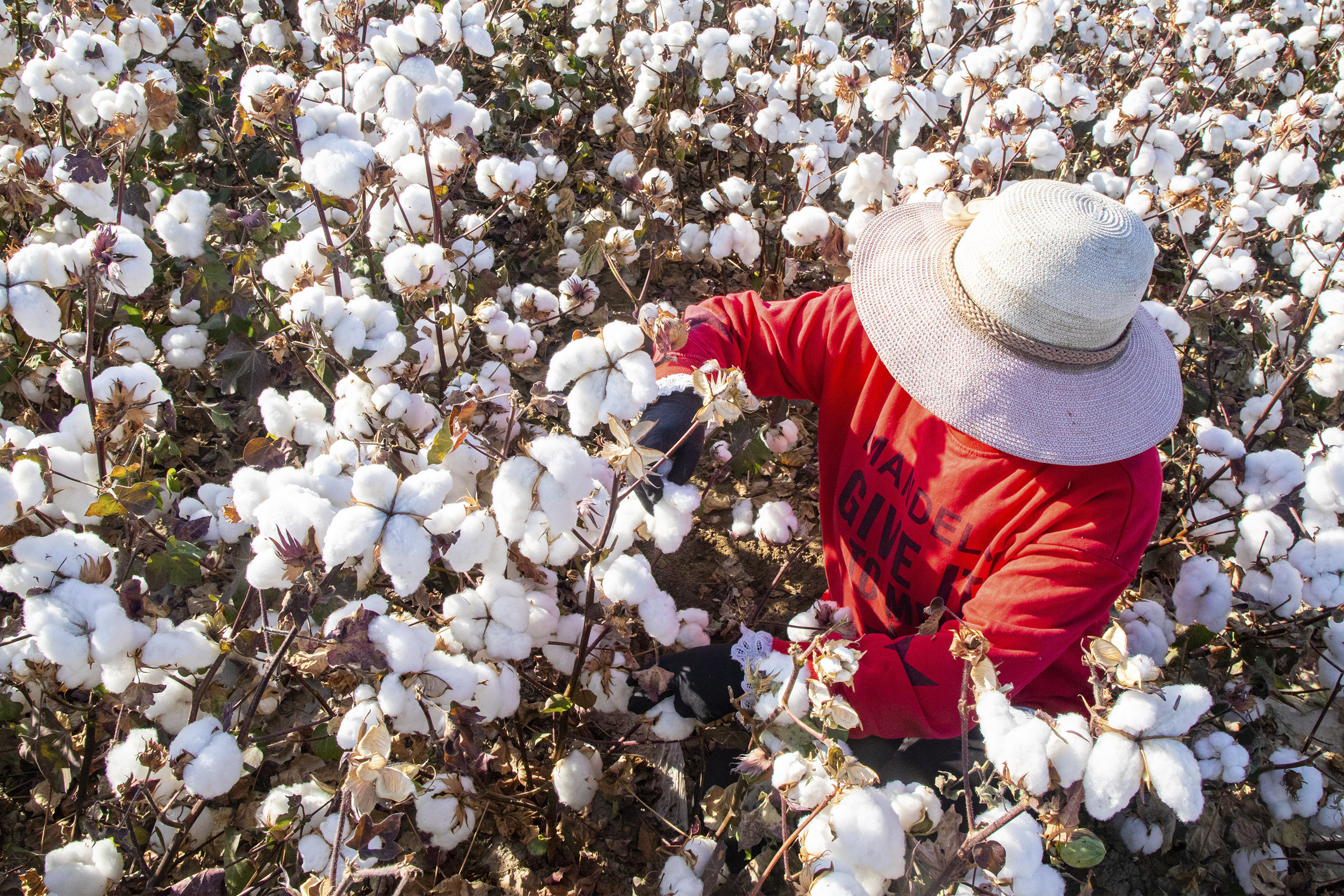 A HUMAN RIGHTS AND PR NIGHTMARE: With the stakes ever high (especially in an era of bolder brand activism) to stand up against human rights abuses, multinational fashion companies had the choice to either remain silent — or take a stance against forced labor while risking upsetting Chinese commerce and their own supply chains.

Later in the month, fashion brands and retailers faced retribution from Chinese commerce platforms for emboldened stances, including H&M which was removed from all major Chinese platforms (Tmall, Taobao, JD.com, Pinduoduo) following the ban of cotton products from Xinjiang.

Luxury brands like Hugo Boss and Burberry were privy to fallout with local ambassadors because of inconsistent statements. More than 40 major Chinese celebrities — including the likes of Li Yifeng, Zhu Zhengting and Wang Linkai — cut ties with major fast-fashion and ready-to-wear brands.

Nike, Puma and Adidas were subject to canceled events (in the case of Nike’s annual Airmax Day event canceled in Shanghai) and pulled product (a new Wolford collaboration with Adidas was also pulled off shelves and e-commerce sites) in China.

In a similar news cycle, Manchester-based fast-fashion company Boohoo made headlines on claims of forced labor in its Leicester apparel-producing region where the company makes half of its products in the U.K. Parliament’s Environmental Audit Committee drilled down on Boohoo chairman Mahmud Kamani with a series of recommendations, including to tie executive compensation with sustainability goals.

A LEGAL CRUSADE: On April 12, human rights NGOs Sherpa, Collectif Ethique sur l’étiquette, the Uyghur Institute of Europe (with aid of testimony of an Uyghur victim) issued the first complaint in a series of complaints meant to expose “the impunity of transnational corporations that profit from these crimes through their modus operandi and business model,” as per Sherpa’s website.

The European Center for Constitutional and Human Rights orchestrated the complaints and expects more filed in the coming months in other European countries.

With much relying on industry initiatives like the Better Cotton Initiative, where companies like Adidas, Hema BV and Stadium AB, Decathlon SA, Fatface Ltd. and H&M, sourced as much as 90 percent of their cotton as Better Cotton, in 2018, with some of it traced back to the Xinjiang region.

It is estimated that 84 percent of cotton production from China comes from Xinjiang, with estimates of growth to 86 percent in 2020.

Chinese cotton suppliers are showing renewed momentum for Weilai Cotton, or “Future Cotton” project, started two years ago, in response to reports of tainted cotton. With new support from China Fashion Association and the Modern Seeds Development Fund, the project aims to be a domestic Better Cotton Initiative after the initiative cut ties with Xinjiang.

Uniqlo had a shipment of men’s shirts seized at port by U.S. Customs after the goods were suspected of being made with forced labor in Xinjiang. Once shipments are detained, importers have three months to prove the products are clean, otherwise, cargoes must be exported or abandoned. (Uniqlo has until August.) This marked the second instance Uniqlo items were detained after the WROs took effect.

China has repeatedly rebuked the turning away from Xinjiang cotton and criticized retaliations from the U.S. (as with the cotton ban) saying the action “violated trade rules” and damages “the interests of companies and consumers” of all countries.

Meanwhile, Muji, a retailer that carries minimalist apparel and home goods, appealed to China by advertising the use of Xinjiang cotton and adding “Xinjiang cotton” keywords to its website to celebrate the cotton.

DUE DILIGENCE DOMINO EFFECT: The manifold complications in Xinjiang have prompted fashion companies to shore up their policies and practices as governments look to do the same.

On June 10, Norway passed its historic “Transparency Act” requiring large and mid-size companies to perform due diligence assessments of their value chains with fines being issued for non-compliance.

A day later, Germany passed a supply chain law that was years in the making geared at curbing labor and environmental exploitation. The “Act on Corporate Due Diligence in Supply Chains” will enter into force in 2023 starting with companies with 3,000 employees or more. Companies face material risks (fines of up to 2 percent of the company’s annual revenues) if direct or indirect suppliers are found in violation of human rights abuses and environmental destruction.

Both Norway and Germany followed in the footsteps of France, which introduced a pioneering piece of legislation “the Loi de Vigilance” (the “LDV”) in 2017, requiring certain companies to impose “vigilance plans” to address human and environmental supply chain risks.

French authorities are currently looking into the complaint filed in April against Inditex, French company Sandro owner SMCP, as well as Skechers and Uniqlo for allegedly remaining complicit in human rights atrocities in Xinjiang.

Both Inditex and SMCP refuted the claims and denied sourcing from the Xinjiang region.

The buildup around fashion is just one element in play as, internationally, countries are cracking down on forced labor in every supply chain — and July has already proved to be an eventful month. 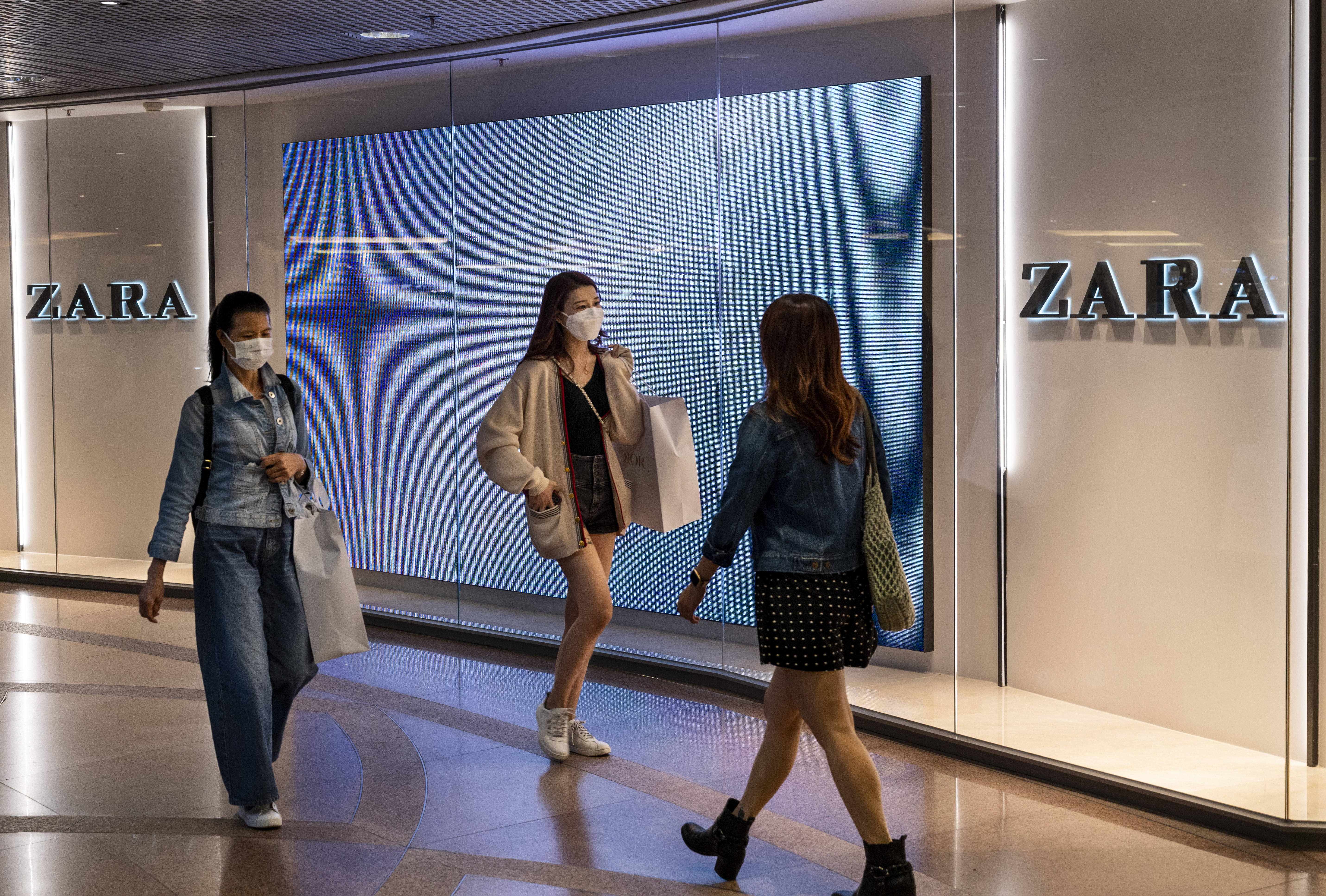 Earlier this month, U.S. Department of Homeland Security’s Customs and Border Protection held a press briefing on forced labor issuing a new withhold release order on silica-based products (prominent in solar panels) made by manufacturer Hoshine and its subsidiaries in the Xinjiang Uyghur Autonomous Region.

Meanwhile, proposed human rights legislation is coming out of the U.K., which already counts its Modern Slavery Act, and the Netherlands, with more likely to follow suit.

On July 8, 2021, Britain’s Foreign Affairs Committee called for a ban in whole or in part on Xinjiang cotton, publishing a report “Never Again: The U.K.’s Responsibility to Act on Atrocities in Xinjiang and Beyond.”

The European Parliament then passed a resolution calling on diplomatic officials to boycott the 2022 Beijing Winter Olympics “unless the Chinese government demonstrates a verifiable improvement in the human-rights situation in Hong Kong, the Xinjiang Uyghur region, Tibet, Inner Mongolia and elsewhere in China,” as per the resolution.

Already, some U.S. senators are calling for the U.S. to follow suit in boycotting Beijing.

On Tuesday, the U.S. Department of State issued an updated advisory on Xinjiang warning “businesses and individuals that do not exit supply chains, ventures and/or investments connected to Xinjiang could run a high risk of violating U.S. law.”

This is a developing story.