It’s the love story we didn’t know we needed. Until we had it. And now we’re not letting go. And even if the reunification of singer Jennifer Lopez and actor Ben Affleck proves to be unfounded gossip, we’ve all been united in our shared hope for a Bennifer 2.0. The power couple ended their engagement in 2004. Now both separated from their partners, reports emerged this week of “longing and loving emails” and a “romantic getaway”. 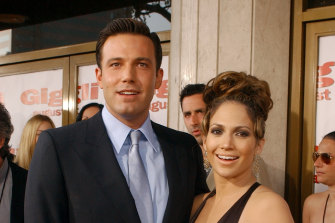 Who are they?
Lopez, 51, is a multi-hyphenate entertainer who shot to fame opposite George Clooney in 1998’s critically-acclaimed Out of Sight, and capitalised on her success with her album On the 6 in 1999. But you might recognise her from last year’s Super Bowl, where she gave a jaw-dropping performance reminiscent of Cirque du Soleil, and off her Instagram account, which has 153 million followers. Affleck, 48, is a writer, director and actor who rose to fame when he won an Oscar in 1998 at just 26 for best screenplay for Good Will Hunting, which he co-wrote and starred in with mate Matt Damon. Affleck and Lopez didn’t know each other until they met on the set of the movie Gigli in 2003, a comedy that bombed spectacularly. They started their relationship that same year and got engaged in 2004. It was shocking news: here was “Jenny from the block” – a working-class Latina woman from the Bronx – with Hollywood’s golden boy who was fresh out of a relationship with its golden girl, Gwyneth Paltrow. Today’s equivalent would be Kylie Jenner, of Kardashian fame, finding love with actor Timothee Chalamet. And then Chalamet taking Jenner to the Oscars (which Affleck did with Lopez). Affleck called off their engagement in 2004, after which Lopez told Vanity Fair she felt “eviscerated”. She went on to marry singer Marc Anthony, the father of her twins, in a move she later called a “band-aid”. Affleck was spotted months later with Jennifer Garner, who would go on to become his wife in 2005, the mother of his three children, and eventually, his ex-wife in 2016.

What happened this week?
There’s been speculation Bennifer 2.0 is on after photos of the pair in Affleck’s SUV in Montana surfaced alongside claims he whisked her to his ski chalet for a “romantic getaway”. TMZ has reported their relationship has been sizzling since February when Affleck “started flooding her with emails”. Bennifer have not commented. Cynics argue it’s all a publicity stunt to distract from Lopez’s split from baseball player, Alex Rodriguez, after four years of dating. Affleck too broke up with Knives Out star Ana De Armas earlier this year. Gossip websites have claimed that the “leaks” about Affleck’s “longing” emails have come directly from Lopez’s manager.

Why does it matter?
The hope for Bennifer 2.0 reflects our nostalgia and the romantic idea that after 17 years, you can re-connect with the one who got away. Just look at how Affleck spoke about Lopez’s work ethic and drive in a recent InStyle profile: “She has great talent, but she has also worked very hard for her success, and I’m so happy for her that she seems, at long last, to be getting the credit she deserves”. There’s also a collective need for good news, amid not just a pandemic and conflict in the Middle East, but the recent split of Bill and Melinda Gates after 27 years of marriage. We felt the same way about Selena and Justin and Brad and Angelina, nee Brangelina. If they can’t make it – who can? 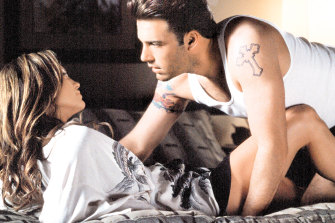 Jennifer Lopez and Ben Affleck began dating while filming Gigli in 2002 and became one of Hollywood’s hottest power couples.Credit:

There is also the fact that Lopez – once denounced as a diva – has, thanks in part to a more progressive culture and changing attitudes toward women, now become known as an aspirational, hard-working mum, with one hell of a six-pack. She’s gone from critics labelling her as “over-exposed” to singing at President Biden’s inauguration. In other words, Lopez, over a stretch of a decade, has gained mainstream legitimacy. Moving on so quickly from Rodriguez into a new relationship would normally draw controversy, (it is the tabloid media and you don’t need Britney Spears to tell you there are double standards for women), but we can see how any type of sexist eyebrow-raising is neutralised by a “happily ever after” vibe.

Underpinning all of this rabid fascination and “You Go Girl” sentiment around the Bennifer reunion is the fulfillment of a need by Generation X and elderly Millennials to feel relevant again. We’ve weathered disparaging comments about our skinny jeans, our side parts, and late last week, we were labelled “cheugy” – a Generation Z term, coined by Hallie Cain on TikTok and directed at Millennials who try too hard to be cool and end up looking lame.

But thanks to Bennifer, we finally know not just the names of celebrities in the news, but the narrative behind their coupling. After 12 months of TikTok dances we were unable to complete due to muscle strain and general inertia, we feel as if we are once again at the centre of things.

What happens next?
Well, the Friends reunion is coming on May 27, maybe Generation X really can regain some genuine cultural cache. Oh, you mean Bennifer? One of two things will happen. They will either heat up for the next few months, leading us on a rollercoaster ride of wild, passionate, possibly staged paparazzi photos, or fizzle out within the coming weeks, thereby all but guaranteeing it was a publicity stunt. Either way, the distraction will have been worth it, at least until Lopez’s next TikTok dance arrives.