A lawyer and policy analyst, he studied ways to forestall energy crises and other catastrophes. He died of Covid-19. 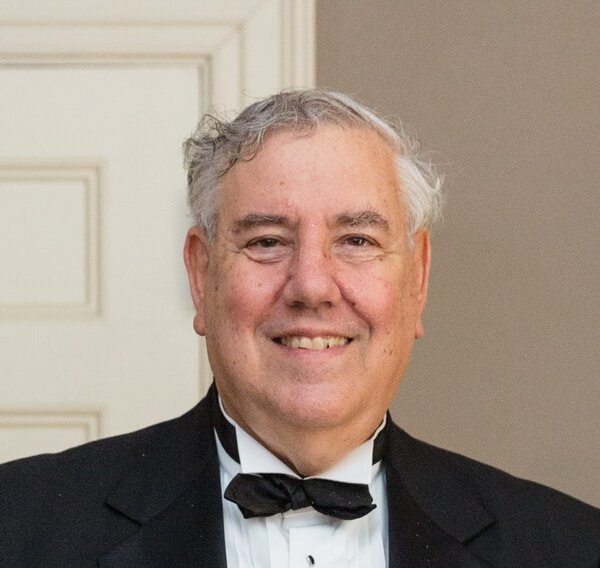 As an international lawyer and a sought-after consultant, he drafted treaties to prevent the proliferation of nuclear weapons and reduce the risk of accidental war. He modeled a framework for the government to continue functioning during a national catastrophe. He helped extend Daylight Saving Time to conserve fuel and focused officials on protecting the electrical grid from digital sabotage.

He practiced what he preached, too, making sure to get his first vaccination for the coronavirus in early February, as soon as he was eligible and the vaccine was available. He completed the regimen by the end of the month.

In late March, though, his family said, he received a jarring diagnosis: Covid-19. Mr. Harris also had chronic lymphocytic leukemia, and family members said that a few weeks after learning that he had Covid, he read an article in a scientific journal suggesting that the vaccine might not be fully effective for people with that type of leukemia.

A week later, on April 21, he died in a hospital in Burlington, Mass. He was 79. His wife, Elizabeth, said the cause was Covid.

Leukemia and other illnesses, as well as some treatments, can compromise the immune system and prevent it from properly responding to vaccines, leaving people still vulnerable to infection.

No vaccine is 100 percent effective, and some so-called breakthrough infections can be expected, even in healthy people who have been fully vaccinated. But those cases are rare. As of April 26, the Centers for Disease Control and Prevention reported 9,245 breakthrough cases, out of 95 million fully vaccinated Americans; 132 people died.

In a eulogy on Facebook, Mr. Harris’s daughter Darcy R. Harris described him this way: “As an international lawyer and policy wonk, his work spanned arms control treaties and verification, energy policy, space law. He was a consummate researcher, an early adopter, an innovator. On top of that, he was always working for free and helping others out.”

Mr. Harris also left a legacy of community service. As a parent, he was committed to integrating schools. He coached soccer. In Newburyport, Mass., where he and his wife had lived since 2003, he championed preservation of the historic waterfront and making it accessible to the public.

He spent half of his career, from 1972 to 1991, as an analyst at the RAND Corporation in Santa Monica, Calif. He also worked as a consultant to agencies like the National Security Council and the U.S. Arms Control and Disarmament Agency, and to congressional committees.

During the Arab oil embargo, he urged both year-round Daylight Time, which was imposed temporarily in 1974, and a 55-mile-an-hour speed limit to save gasoline. To promote the use of solar energy, he supported legislation, which passed in some states, to protect a property owner’s access to sunlight.

He dealt with improving the “hotline” communications link between the White House and the Kremlin and setting legal boundaries for the use of outer space. He was also the vice chairman of the InfraGard National Disaster Resilience Council, a collaboration between the F.B.I. and the private sector to protect vital services.

William Robert Horwitz (he changed his surname as a teenager) was born on July 30, 1941, in Manhattan to Dr. William A. Horwitz and Dr. Henriette Klein, both of whom were professors of clinical psychiatry at Columbia University.

He attended the Dalton School in Manhattan and, after graduating from the Choate School, now Choate Rosemary Hall, in Wallingford, Conn., earned a bachelor’s degree in history from Harvard College in 1962 and a law degree from Harvard Law School in 1966.

In 1968, he married Elizabeth Jones. Along with his wife and their daughter Darcy, he is survived by another daughter, Rebecca Harris Deane; a son, William Proctor Harris; four grandchildren; and his sister, Susan Harris Molnar.