With the world’s finest players, and iconic traditions like strawberries and Pimms, the SW19 tournament is a staple of the British summer. But like many events it was cancelled last year because of Covid. On Monday the All England Club will welcome thousands of fans. However, numbers will be restricted until the singles finals, when a full house is anticipated. Fans will have to prove they have been double vaccinated or show a negative lateral flow test to gain entry.

Peter Fleming, who won 52 titles with doubles partner John McEnroe, including four at Wimbledon, welcomed the return. Peter, 66, who has been a tennis commentator for the BBC, Sky Sports and Eurosport since retiring in 1988, said:“It’s great Wimbledon is back and tennis is back.

“The fact it was not on last year left a hole in a lot of people’s lives.

“Hopefully if Centre Court is packed, people will take the opportunity to go to the pub and watch the games from there, and realise they do not need to be so scared of everything and just start living.”

Pat Cash, who won the men’s singles in 1987, said he couldn’t wait for it to get underway. He said: “Being back at Wimbledon is just fantastic. It is a very special tournament and very different from the other slams. The gardens are magnificent – it’s part of the English tradition, like the Chelsea Flower Show.” 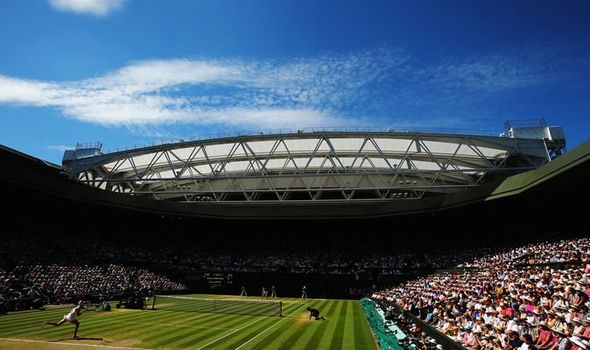 He said other countries had held large events without infections spiking, adding: “Let’s hope this trend continues in the UK.”

Annabel Croft, the British star who rose to the top of the women’s game before retiring at just 21, said she was hoping for a “sense of normality” when the tournament started. Annabel, who is commentating on this year’s event, said: “The best news is, tennis is back on. We’ve missed the whole of the grass court season, two years of it.

“Wimbledon was the only slam that has not happened in the last 16 months.

“They’ve announced full crowds for the finals so I hope it’s a great atmosphere and we get to feel some sense of normality.”