Woman, 20, who was born in prison and adopted at the age of four reveals how her biological father kept an ultrasound photo for 18 years before they reunited – and says it helped her to ‘piece together’ her identity

A woman who was born in prison and adopted when she was four has revealed her amazement after she met her birth father at 18 and realised he had always kept and treasured a sonogram photo of her in the womb.

Tiegan Boyens, 20, from York, always knew she had been adopted, because her loving adoptive mothers Maggie, 54, and Anne, 57, talked to her openly about it and sometimes helped her write letters updating her birth grandparents on her life.

But she had no contact with her father, Jay, 47, until she was given his phone number at 18, and at their first meeting he showed her the photo he had always kept for her.

She said the photo has helped her piece together her identity and begin to understand ‘the puzzle of who I am’.

‘It’s like a piece in a puzzle of who I am. He kept hold of it all these years and has now given it to me.’ 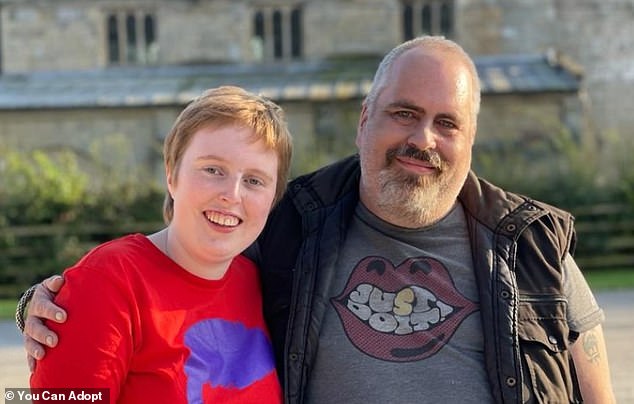 Tiegan Boyens, 20, from York, was born in prison and adopted when she was four – she was amazed when she met her birth father Jay, 47, at 18 and learned he had kept an ultrasound photograph of their 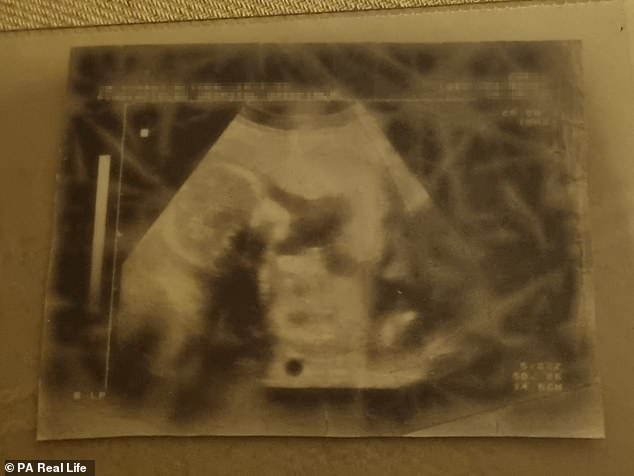 After being born in prison, Tiegan spent her first five months with her mother in a mother and baby prison unit before being moved to live with her father.

She said: ‘He did the best he could but it was tough for him. I was moved into foster care when I was two.

‘I don’t have an earliest memory of being adopted. It was a very traumatic time so I think my brain has shut down those memories, but I’ve always known I was adopted and it was always an open discussion with my adoptive mothers.’

Over the years, Tiegan, along with her adoptive parents, wrote letters to her birth grandparents. 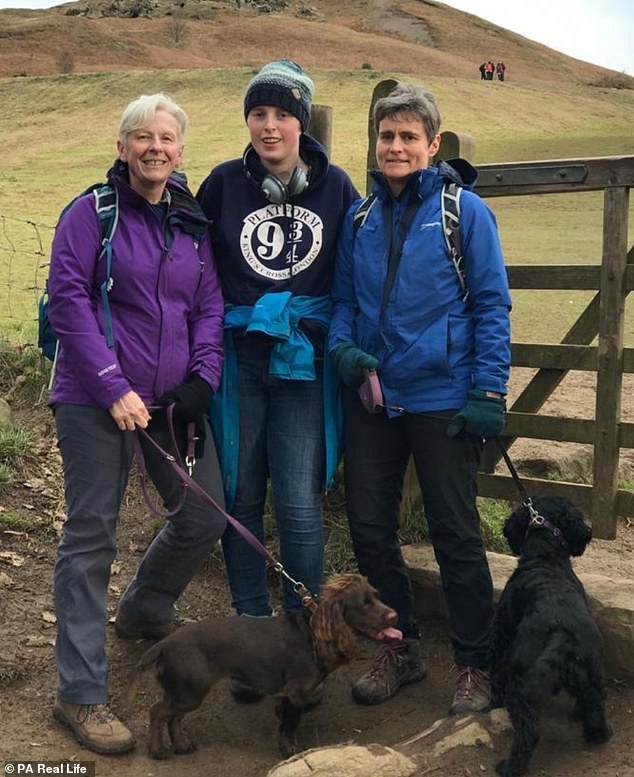 Her adoptive mother Maggie, 54, and Anne, 57, talked to her openly about her adoption and sometimes helped her write letters updating her birth grandparents on her life

She said: ‘My mothers would help me write notes to them, keeping them up to date with how I was doing. We’d send pictures of me too so they could see what I looked like.

‘They were very supportive of me keeping that line of connection open.’

Tiegan said she always wondered about her birth dad, adding: ‘Growing up, I would think about him. At school, we’d all be making cards for Father’s Day or I’d see my friends with their dads and it would make me miss him.

‘At 18, I got his phone number through family. He knew I would be in contact but I think he was surprised by how quickly I messaged him.’ 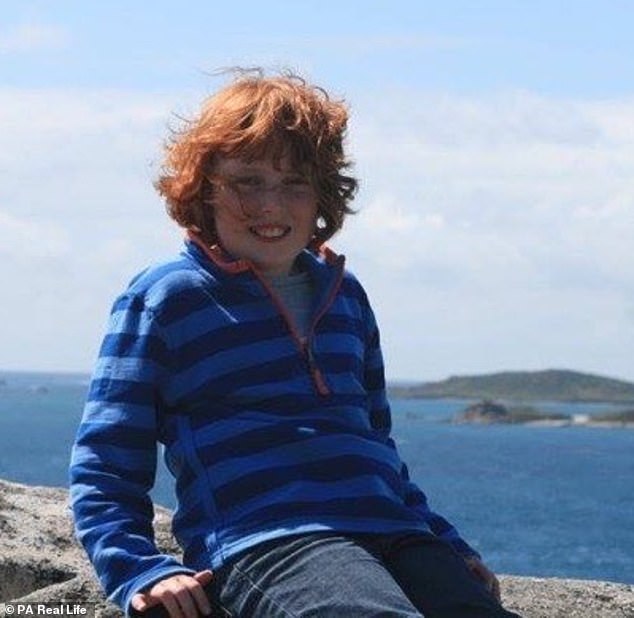 Tiegan, pictured as a child after she was adopted by her mothers, said she always wondered about her birth dad 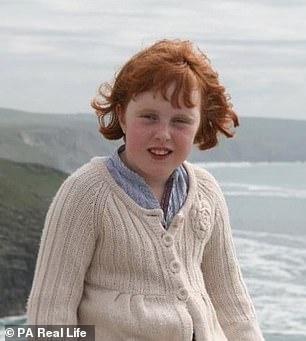 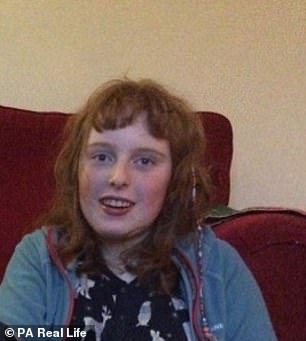 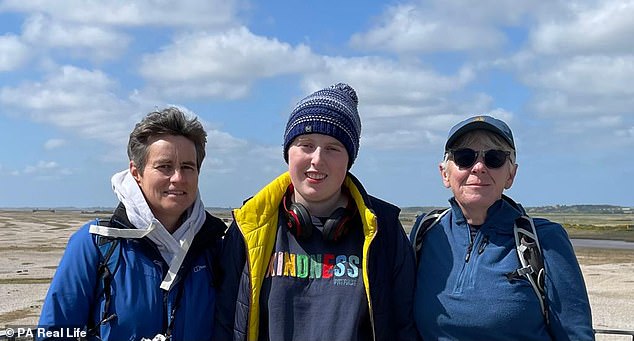 Tiegan pictured with her mothers, Maggie and Anne, who have been a great support system for the sociology student

Just minutes after getting his number in October 2020, Tiegan sent a text introducing herself to her father.

Over the next two months they slowly got to know each other.

She said: ‘At first, we sent text messages back and forth daily before organising a phone call in December 2020.’

She added: ‘We decided to talk over our PlayStations so that we could play video games together if we were struggling to talk.

‘But in the end, there was no awkwardness and we didn’t need to play any games – it was like we had never been out of each other’s lives.’

But due to the Covid pandemic, a face-to-face meet-up would have to wait.

Tiegan said: ‘Not being able to meet up straight away turned into a good thing because it gave us time to bond and get to know each other first. 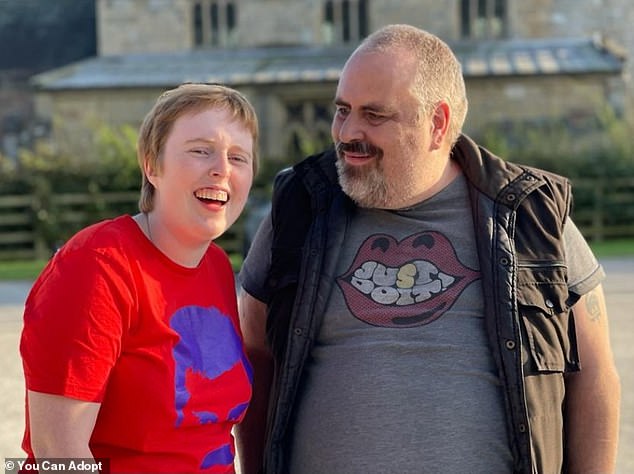 ‘We spoke on the phone regularly and were texting daily. He was really open to getting to know me and I think he was delighted that I wanted to be in touch with him.’

In September 2021, Tiegan arranged to meet her dad at Burton Agnes Hall, a stately home visitor attraction, near Driffield.

She said: ‘My mother, Maggie, had barely pulled the car to a stop and I was jumping out of the back.

‘I ran over to him and threw my arms round him. I don’t have any memories of him from childhood so to actually spend time with him in person was nice because I got to see his mannerisms and quirks.

‘The first thing he said was, ‘Hello Tigger’, a nickname he’d given me as a baby.’

Tiegan explained the pair spent the afternoon catching up, saying: ‘At one point, he got out the sonogram pic of me and I was amazed. I never thought I’d have anything like that of myself.’ 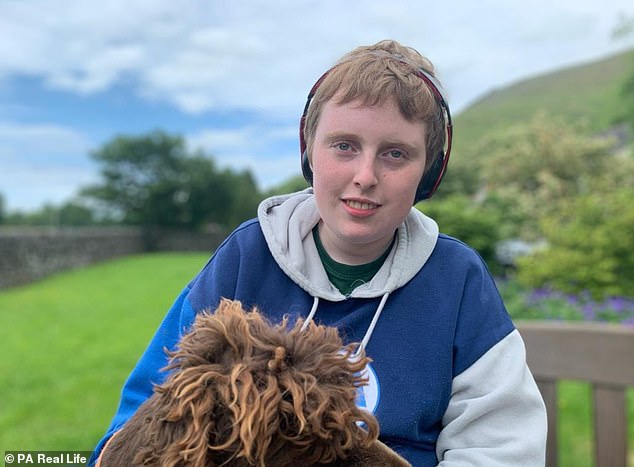 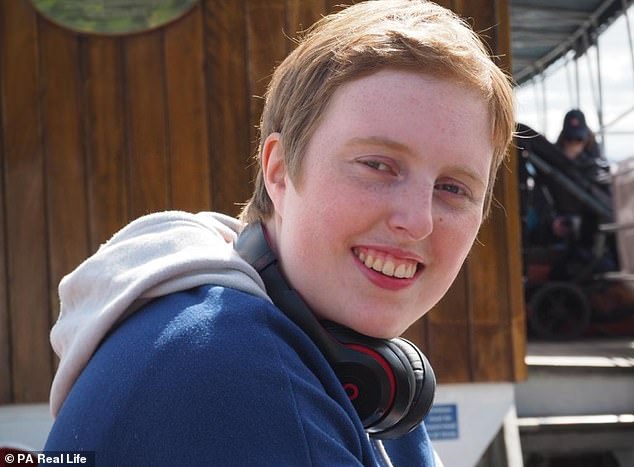 Tiegan is supporting the national adoption campaign, You Can Adopt, to highlight the importance for adopted people of knowing where they came from

Tiegan has since met up with her dad numerous times and has visited her paternal grandmother too.

She said: ‘I went round to her house and she was showing me a little chair that I would sit on as a toddler. I couldn’t believe they had kept it.’

Now, Tiegan – who has also had contact with her birth mother – is supporting the national adoption campaign, You Can Adopt, to highlight the importance for adopted people of knowing where they came from and feeling connected to their past.

Tiegan said: ‘I think sentimental objects can be a very important part of that.’

She added: ‘A lot of adopted people won’t have baby pictures but they might have a blanket or teddy from their past. Holding onto these things helps to give us a sense of identity.

‘I think it’s important to be told you’re adopted from the very beginning. My mothers knew they weren’t just adopting me, they were adopting my whole history and family as well.

‘There are still struggles, you’ll never get every piece of information but there were four years of my life before I was adopted, and that’s still part of my story.’