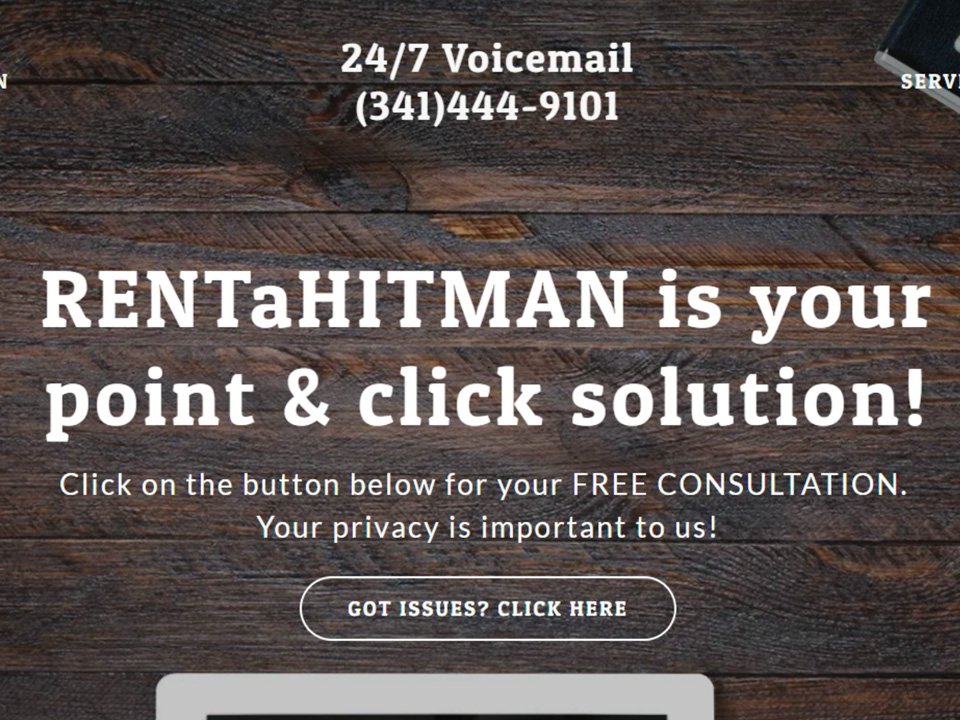 A Michigan woman is behind bars after trying to hire an assassin from ‘rentahitman.com’.

While most people would recognize the website to be a joke, Wendy Wein, a 52-year-old Michigan woman, took it seriously and submitted a request for murder.

It came as a rude shock for Wein that the website does not in fact let you pay someone to kill your ex-husband.

Wein was arrested on Friday after she visited the website and filled out a ‘Rent-A-Hitman Service Request Form’ to request a consultation, according to police reports.

The website’s owner, Bob Innes, reported the woman’s request to the police.

According to the Monroe News, an undercover policeman posing as an assassin arranged a meeting with Wein to discuss her proposal.

At the meeting, Ms Wein offered the police officer $5000 to kill her ex-husband after which she was taken into custody.

Wein was charged with solicitation to commit murder and the illegal use of a computer to facilitate a crime to which she plead guilty. The former crime carries a maximum life sentence, while the latter is capped at 20 years. She’s currently being held on a $500,000 bond.

‘I can’t believe someone would think that a website like this exists,’ Michigan State Police Lieutenant Brian Oleksyk said.

While Rentajitman.com is an actual website, it does not let you hire hitmen. It merely serves to trap vengeful people who submit requests for murder.

The website promises privacy and claims to be ‘the only organization in the world that is 100% compliant with the Hitman Information Privacy & Protection Act of 1964’. While it sounds deceptively similar to HIPPA, a law that protects medical patient records, there is no such law.

‘Guido Fanelli and Family’ are the fictitious owners of this ‘business’ that the website claims to have been around since 1920. It’s clear that the capitalisation of the word Family and the use of the name ‘Guido’ throughout the site are allusions to the Mafia.

The website that claims to ‘make any troubled relationship disappear’ also has fake testimonials and glowing reviews that imply the hitmen killed their targets.

‘Caught my husband cheating with the babysitter and resolved after a free public relations consultation. I’m single again and looking to mingle. Thanks, Guido!’ said one review.

Innes told WJBK News that he began the site as a school project in 2005 and upon checking the site’s associated email address three years later found hundreds of emails requesting the site’s services.

‘In 2008, I go back into the inbox to check the emails and I’m shocked there are 250-300 emails from people around the world asking for asset extraction,’ said Innes.

Under her plea agreement, Wein will serve a minimum of nine years in prison. Once you get over the absurdity of the case, it’s chilling that many people do want to hire hitmen and think they can do on sites like this or the dark web.

Researchers have since found that most of the hitman-for-hire websites are probably a scam. In most cases, they only alert law enforcement of people with an intent to commission murder which is still a criminal offence.