A WYCOMBE fan managed to enter the Liberty Stadium before being dragged away by stewards during Saturday's Championship match.

The man, dressed in a Chairboys shirt and black bobble hat but without a face mask, appeared to have rushed out of the concourse and towards the pitch. 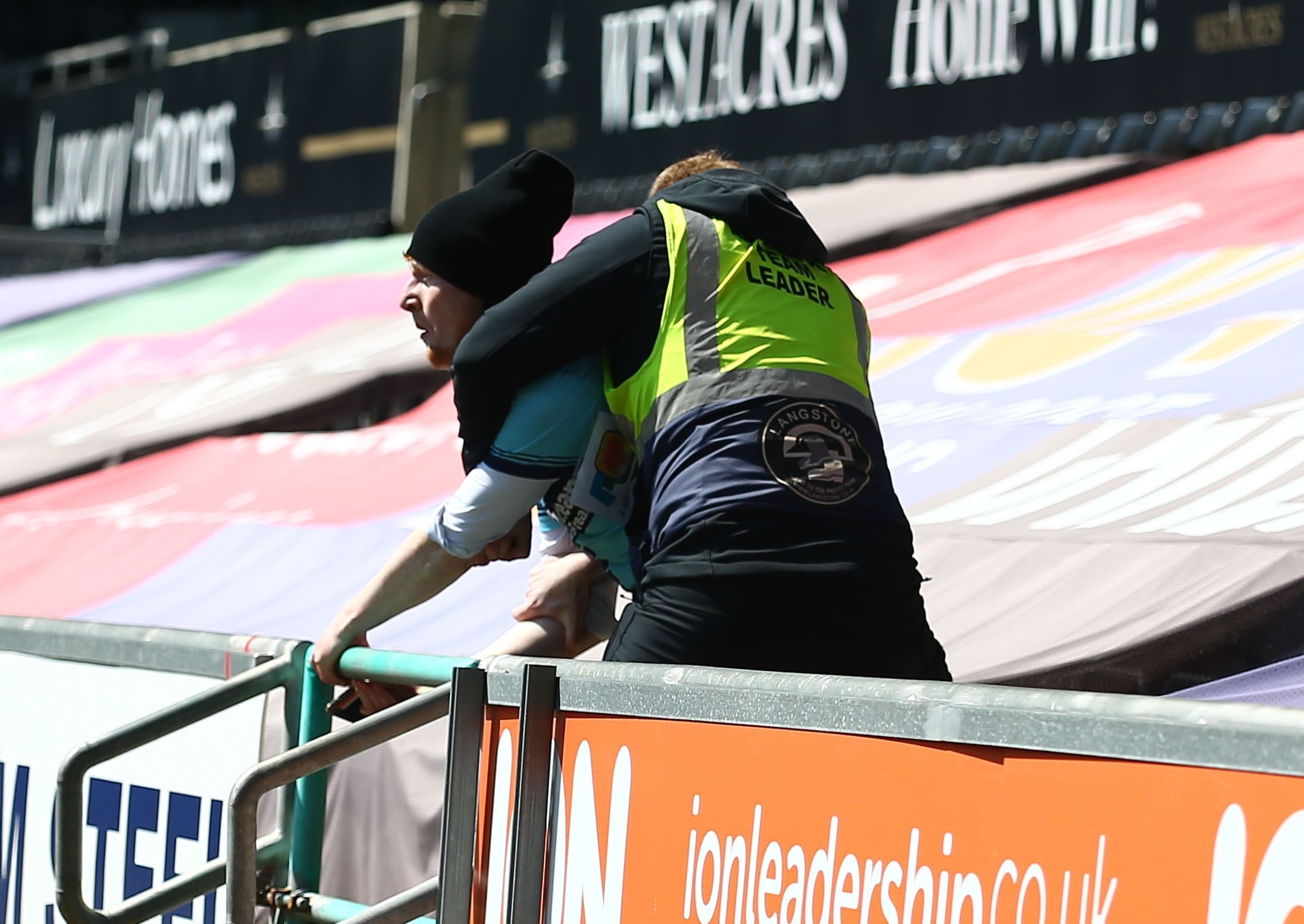 Just as he approached the gate to the playing area, he was intercepted by a steward and wrestled away from the barrier.

A pair of stewards then walked him back up the stairs.

The incident comes after the scenes from Manchester United's trip to Granada earlier this month.

It is not clear how the Wycombe fan managed to enter the Liberty on Saturday, with the game played behind closed doors. 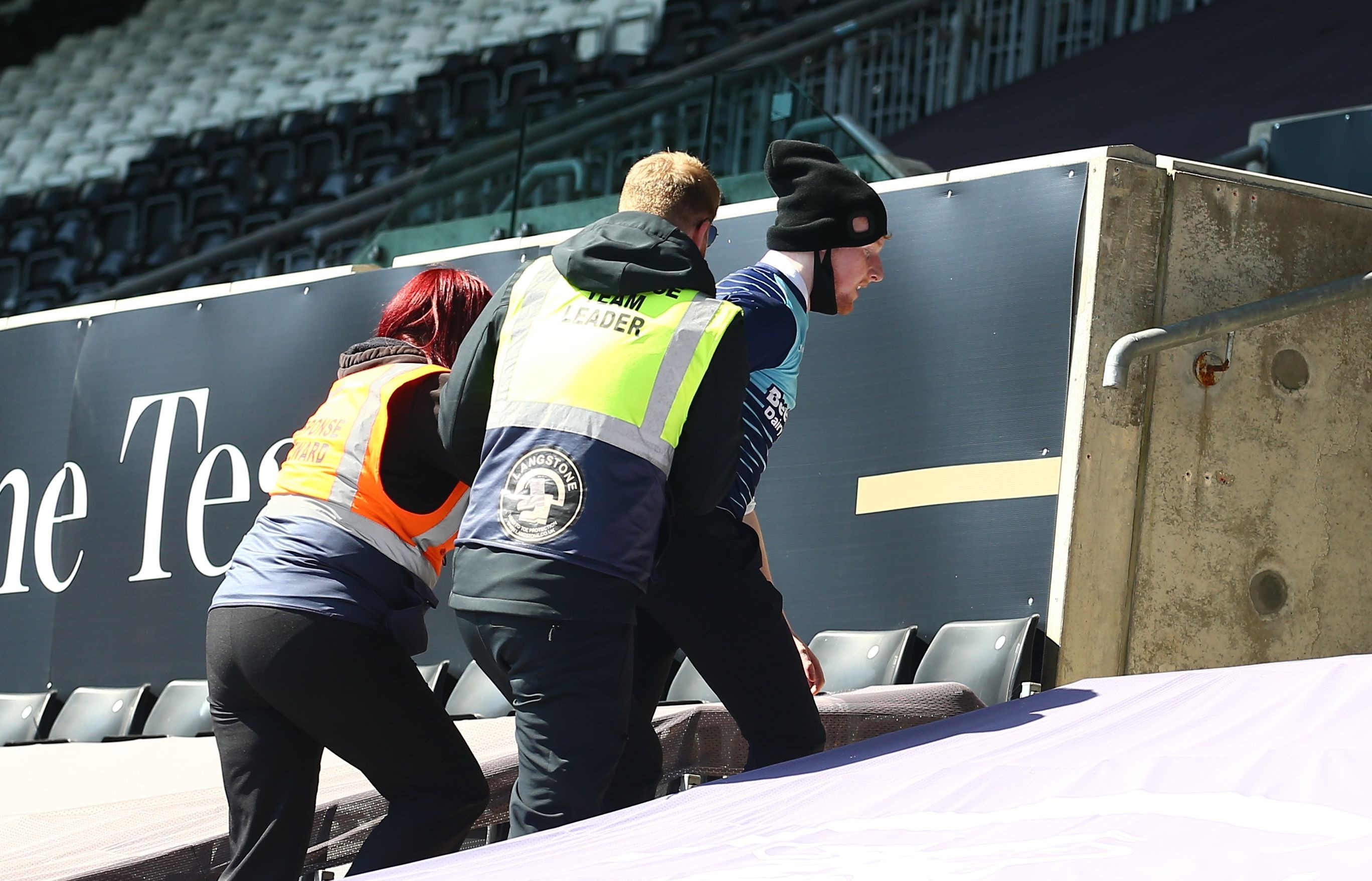 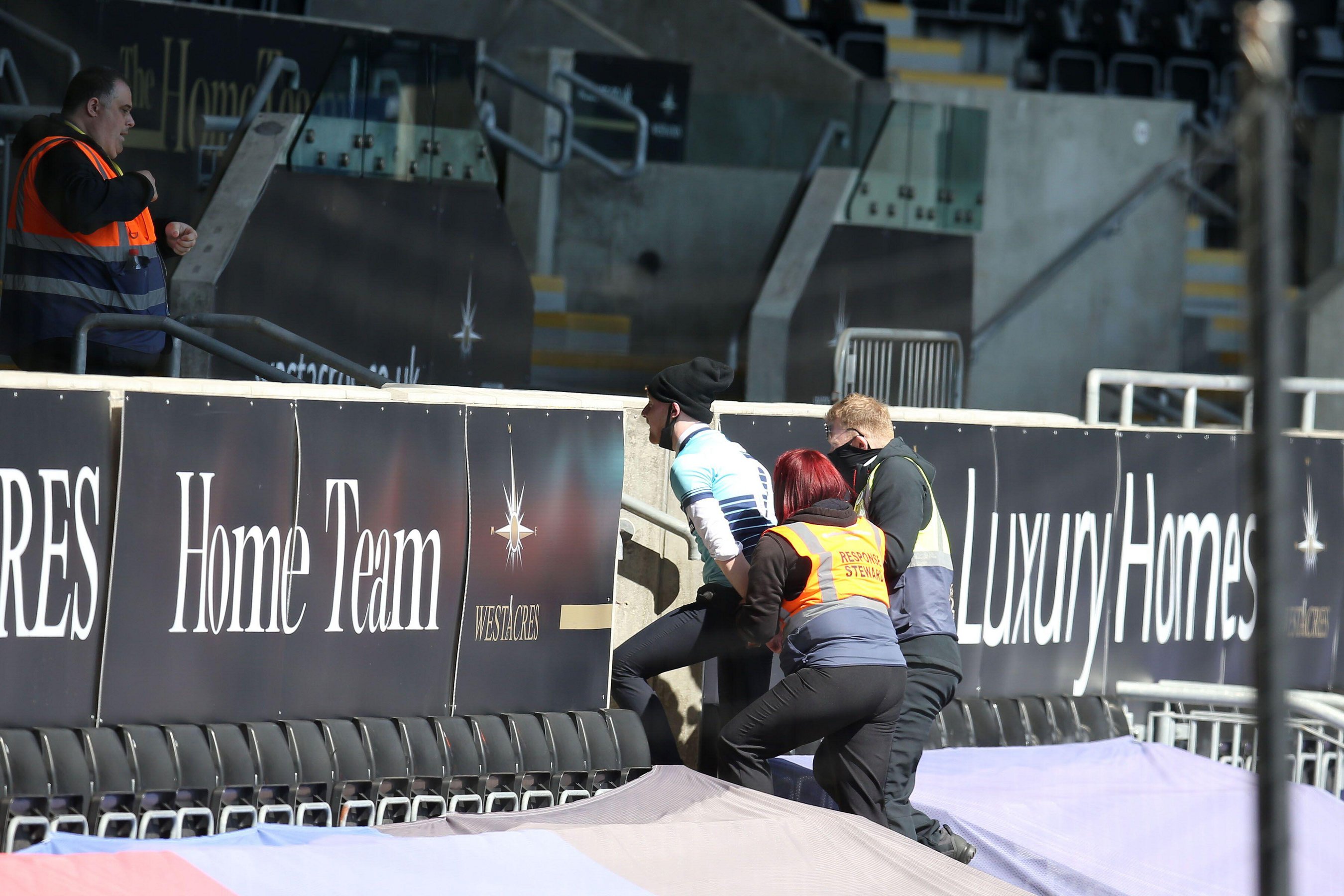 Championship relegation-battlers Wycombe took a two-goal lead in the game.

Admiral Muskwe and Garath McCleary scored early in the second-half to set the bottom club on their way to a huge win.

However, Jamal Lowe and Liam Cullen hit back late on to secure a point for the Swans, who sit third in the table.

The dropped points confirmed Norwich's promotion to the Premier League after one year away.