‘Cull on the elderly’: Scientists slam proposal to deny older coronavirus patients lifesaving treatment in favour of those with ‘youth on their side’ – claiming it’s ‘no better than flipping a coin’

Denying older coronavirus patients treatment in favour of the young could be viewed as a ‘cull on the elderly’, according to a leading scientist.

A debate organised by the British Medical Journal (BMJ) saw researchers argue for and against the ‘moral decision to treat a patient on the grounds of age alone’.

It comes as services become overburdened and healthcare professionals are having to decide who should receive treatment in the global pandemic.

One expert said using age to make the decision is no better than ‘flipping a coin’, adding that it can’t be that an 18-year-old is preferred to a 19-year-old on age alone.

While another argued if the goal is to save the most lives with scarce resources, then age may matter if there is a diminishing chance of survival with increased age. 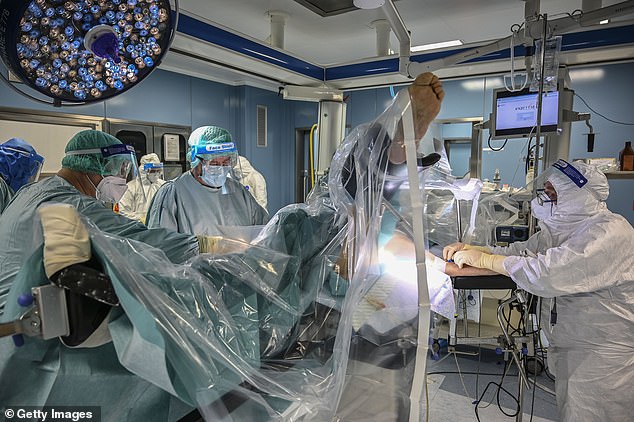 Younger people with coronavirus symptoms shouldn’t be given priority over older patients for life saving treatment just because of their age, scientists say

In the debate, experts discussed whether it is wrong to prioritise younger patients with COVID-19 for lifesaving treatment such as access to a ventilator.

Dave Archard, Emeritus Professor at Queen’s University in Belfast, said that there were three reasons why age should not be used to decide who should and should not receive potentially life-saving treatment.

He said that a simple ‘younger than’ criteria was unsatisfactory because it could see teenagers just a year apart in age treated differently.

This would be not much better morally than tossing a coin, or a crude ‘first come, first served’ principle using the time of arrival at a hospital to determine whether care is given, he added.

Professor Archard said that while the ‘fair innings’ argument – that everyone should have an opportunity to lead a life of a certain duration – had intuitive appeal, there was no agreement of what a fair innings amounted to.

He added: ‘Someone who has had her fair innings may yet have much to give the world than another, who has not, may be unable to offer.’

To discriminate between patients in the provision of care on the grounds of age is to send a message about the value of old people, he said.

Professor Archard said that such discrimination publicly expresses the view that older people are of lesser worth or importance than young people.

‘It would be hard not to think – even if it was not intended – that a cull of elderly people was what was being aimed at,’ he added.

While experts agreed that it would be discriminatory to simply call on age to exclude those in need of help, some say it should be taken into account.

Professor Arthur Caplan argued that age is a valid criterion for making decisions over limited medical resources – when supported by data.

The US bioethics professor from the VYU Grossman School of Medicine in New York pointed out that age has played a role for many decades in limiting access to care when rationing life saving treatments. 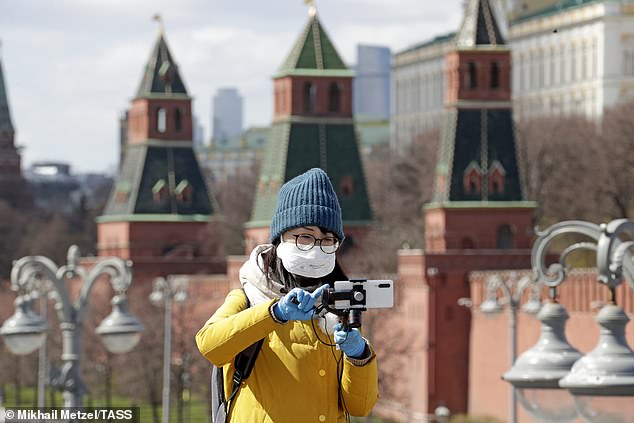 While experts agreed that it would be discriminatory to simply call on age to exclude those in need of help, Professor Arthur Caplan argued that age is a valid criterion when supported by data

He said everything from access to renal dialysis to organ transplants have taken the age of the patient into account when making priority lists.

‘That said, even in conditions of extreme scarcity it would be discriminatory to simply invoke age to exclude those in need from services,’ Caplan added.

He argued the key ethical question is whether age by itself is ever a morally relevant factor in deciding who gets care when rationing is unavoidable.

Caplan also referred to the notion of fair innings but said this commitment to equal opportunities has nothing to do with the relative contributions of old people versus young people.

‘If the goal is to save the most lives with scarce resources then age may matter if there is a diminishing chance of survival with increased age,’ he said.

‘Indeed, the relevance of old age as a predictive factor of efficacy, combined with the powerful principle of healthcare affording equality of opportunity to enjoy a life, makes age an important factor in making the terrible choice of who will receive scarce resources in a pandemic.

‘Ageism has no place in rationing, but age may.’