Erika Owens and Stephanie Matto went through a tumultuous relationship and messy breakup on TLC’s 90 Day Fiancé: Before the 90 Days.

Stephanie, a 29-year-old social media influencer, YouTuber, and OnlyFans 18+ content creator from New York, met Erika, a 24-year-old photographer from Australia, online. Stephanie and Erika quickly fell head over heels for each other.

But when Stephanie headedto Australia to visit Erika, her jealousy and insecurities got in the way oftheir romance. After an explosive fight over Erika’s ex, Stephanie broke thingsoff.

On the May 24 episode of 90 Day Fiancé: Before the 90 Days, “Hard Habit to Break,” Stephanie headed back to the U.S. alone. But before she left, she admitted that she’d hoped to see Erika one last time at the airport. 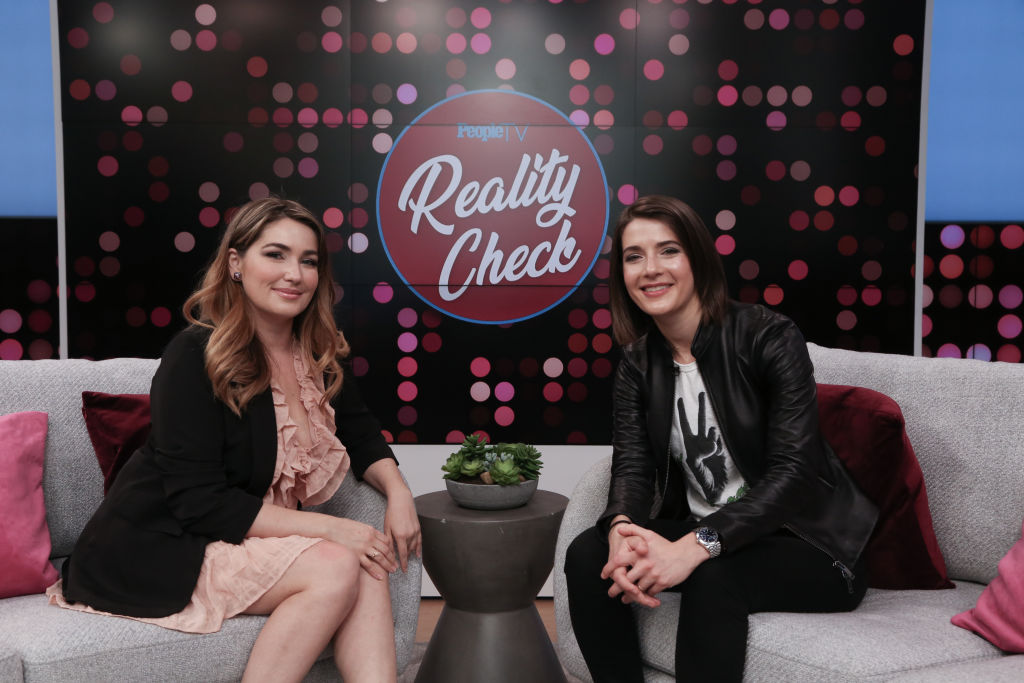 Stephanie said her relationship with Erika was ‘over’

As she packed her bags, Stephanie reflected on her breakup with Erika and her whirlwind trip to Australia. “This trip went by so fast, and it ended in the worst way possible,” she lamented.

After a massive fight intheir hotel room about her girlfriend’s on-again, off-again ex-girlfriend ofalmost a decade, Stephanie told Erika she was done with the relationship. At afinal face-to-face meeting for coffee, Erika called her ex out for flyingacross the world to see her and allowing Erika to come out as bisexual to herfamily if she wasn’t sure about their connection.

The 90 Day Fiancéstar told TLC producers that, since then, they hadn’t spoken at all. Althoughshe hadn’t gotten sufficient closure, it seemed clear from both sides thattheir relationship was done for good.

“Erika and I, we have not spoken. We have not texted at all,” Stephanie said sadly. “My relationship with Erika is over.”

Those who have not taken this step, who have not come to terms with themselves, are not necessarily frightened, they are perhaps helpless, disoriented, lost as one is in the middle of a forest that's too dark or dense or vast. #beforethe90days #90dayfiance #notmyquote #philippebesson

The ’90 Day Fiancé’ star admitted she still loved her ex

While Stephanie seemed to think her decision to end things with Erika was the right one, the 90 Day Fiancé star admitted that she still loved her ex-girlfriend and wasn’t sure how to move on.

“I’m sad. I’mdisappointed,” Stephanie confessed. “I really did love her. I still do…You don’tjust stop caring for somebody because you break up.”

And because Stephanie—whohadn’t yet come out as bi to her family—had lied to her mom about the purposeof her trip to Australia, she was frustrated that she wouldn’t be able toprocess the breakup with her loved ones.

“It’s going to be so weird,” she said about returning to the U.S. “I had such an emotional experience here, but my mom still doesn’t know about my bisexuality…I’m just gonna be bottling it up this whole time.”

At the airport, Stephanie looked heartbroken about how things had ultimately turned out. “The last time I was at the airport, Erika was here,” she said sadly, remembering their elated first meeting. “I was holding hands with her. I can’t believe that this is where we are now.”

The 90 Day Fiancéstar looked around hesitantly, but she realized she was completely alone.Stephanie revealed that a part of her had hoped to see Erika one last time and confirmthat what they’d had was real.

“I was hoping she wouldshow up at the airport, just to like, say goodbye, and give me a hug,” Stephanieconfessed. “I would just say, ‘I’m sorry that it ended this way, and it’s notwhat I wanted.’”

Still, the 90 Day Fiancé star didn’t regret taking a risk for what shethought might be true love. “I don’t regret coming here,” she said, her eyes fillingwith tears. “That’s a risk you take in any relationship. And I will always havea piece of Erika in my heart, and I hope one day, we can talk.”