BBC viewers saw another episode of The One Show air tonight, where presenters Alex Jones and Gethin Jones were, as usual, joined by a host of well-known guests. But Alex was soon left starstruck as she welcomed actor Thomas Brodie-Sangster onto the programme, who fans will remember from Love Actually, which he starred in aged 13. However, Gethin wasted no time revealing just how big a fan Alex was of the film after she appeared emotional this evening, to which he branded “ridiculous” in a light-hearted dig.

The pair first introduced Richard Madeley and Judy Finnigan to give the lowdown on their famous book club.

But they were also joined by another familiar face to chat about the new Netflix series, The Queen’s Gambit.

“Tonight’s guest starred in one of my favourite Christmas films of all-time – Love Actually,” Alex revealed.

She then showed viewers a video tape of Thomas’ famous airport chase scene, where his character Sam reunites with his love-interest named Joanna (Olivia Olson). 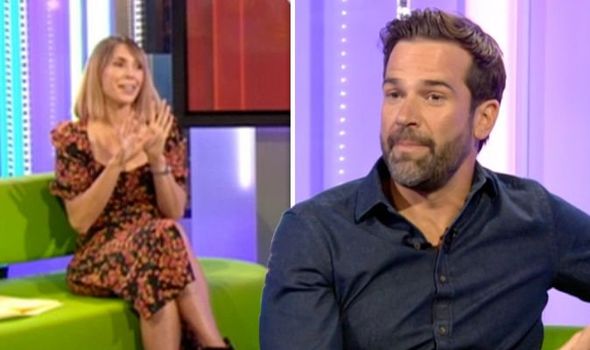 After the scene was played, attention returned to the hosts where Alex was seen emotional, as her hands covered her face.

Alex admitted: “Do you know what? I honestly forced myself to not [cry] in front of Thomas, that’s just too embarrassing.”

Moving things along, Gethin said: “That was Thomas Brodie-Sangster, back as Sam back then – and this Thomas now!” 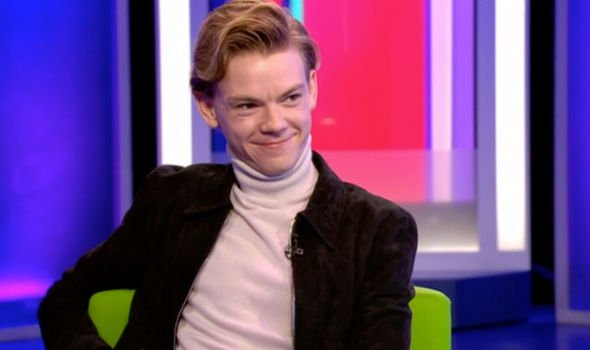 Alex welcomed the famous guest before she admitted: “I don’t think I’ve ever been as excited for a guest on the show, I’ll be honest.”

“Oh good,” Thomas replied, with Gethin not being able to refrain from laughing at his co-star.

“It’s been 17 years since that iconic airport scene, or 17 hours if you’re like Alex and watch it on loop,” joked Gethin.

The host continued: “It’s quite remarkable because they shut the airport, they shut Heathrow for you, didn’t they?”

Thomas clarified: “Yeah, we built a lot of – well part of it – in a studio in Shepperton but the two or three hours Heathrow does actually close, we occupied it.

“I was being chased by security guards, chasing after me and the first flights would arrive from Hong Kong and Japan and they would see this little kid being chased and I don’t know what they thought,” the actor said.

And Gethin went on to drop a bombshell to the star, revealing his own “role” in the famous Richard Curtis film.

A confused looking Thomas said: “I haven’t heard this, actually,” prompting Gethin going on to tell his story.

The presenter added: “I don’t know if you know this Thomas – you probably do because you were in the film with me – but I was actually in Love Actually.”

“As you can see, there I am. I’m not a person, I’m just G. Jones,” Gethin told the star as viewers were shown a screengrab from the film.

Gethin explained how his best friend Ollie had worked on the film and “they needed names to go on the [taxi driver] boards”.

And Alex soon expressed her annoyance at the anecdote, telling Thomas: “Honestly, he [Gethin] tells that story to everybody and G. Jones – it could have been anyone!”

The One Show airs weekdays from 7pm on BBC One.