ALL That Glitters is a brand new jewellery making competition show that has landed on BBC.

Hosted by Katherine Ryan, the show looks to find Britain’s next top jeweller. Here are the contestants vying for the title… 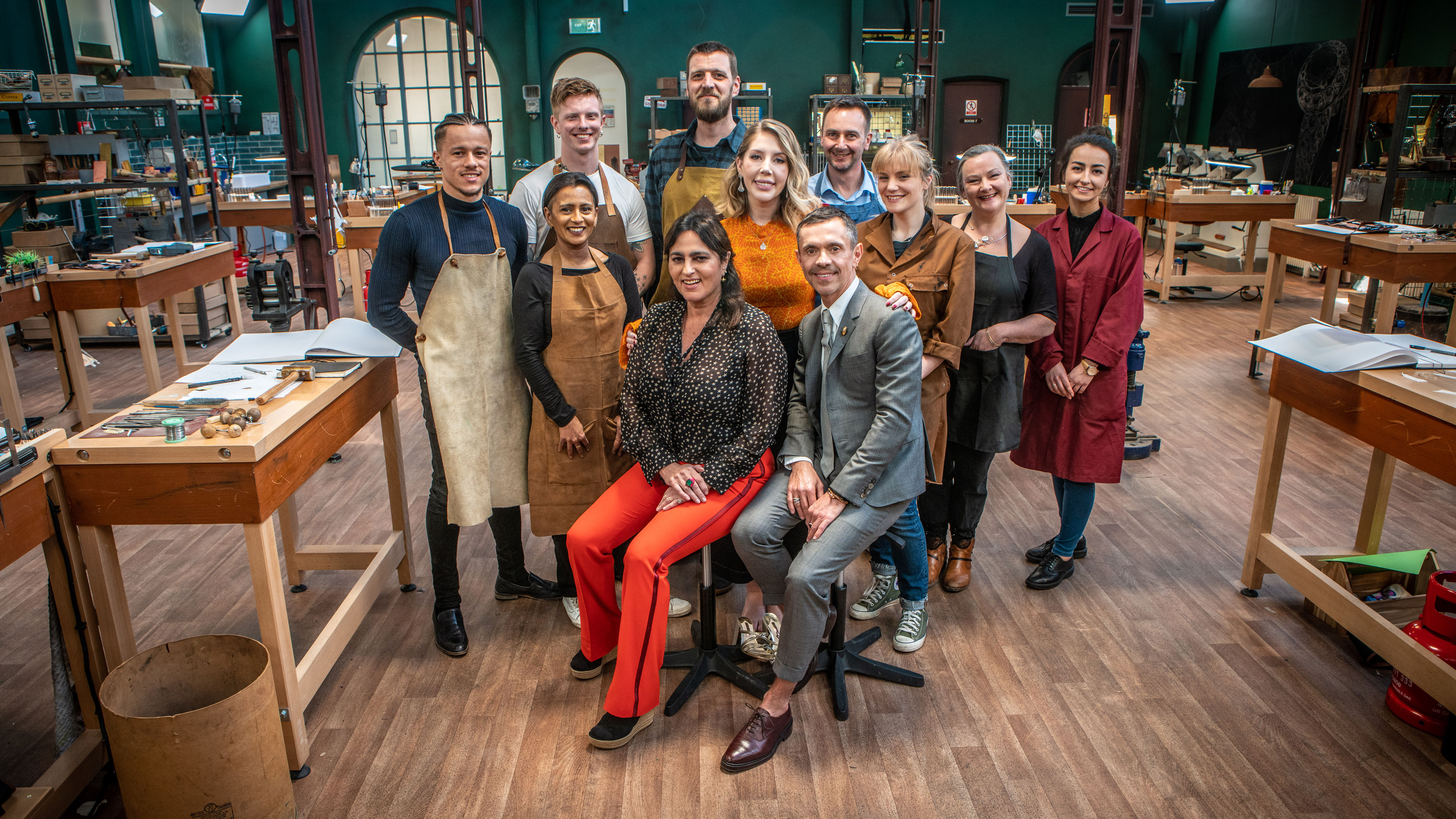 Who are the All That Glitters contestants? 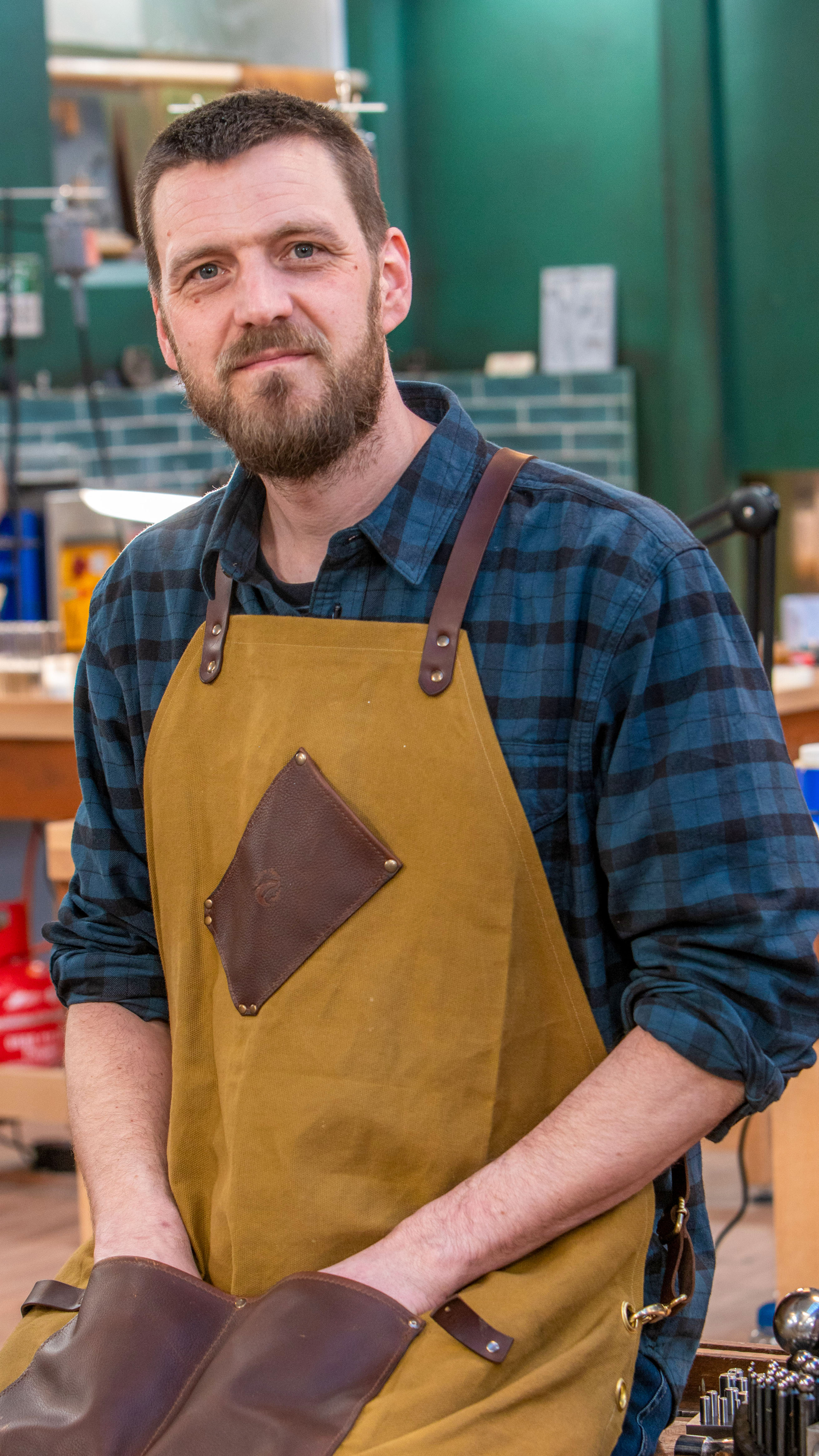 Dan is a 40-year-old contemporary jewellery designer from Somerset.

He started making jewellery at just 16 and now, after 25 years in the industry, specialises in ready-to-wear collections and one-off, bespoke designs.

He works at the Black Swan Arts centre in Frome, Somerset.

He says: "I'm really looking forward to making things I'm not used to making and get me thinking and get me creative again. I've done so much work for other people that to actually sit and really find the style that I enjoy making, I'm hoping that will really come out." 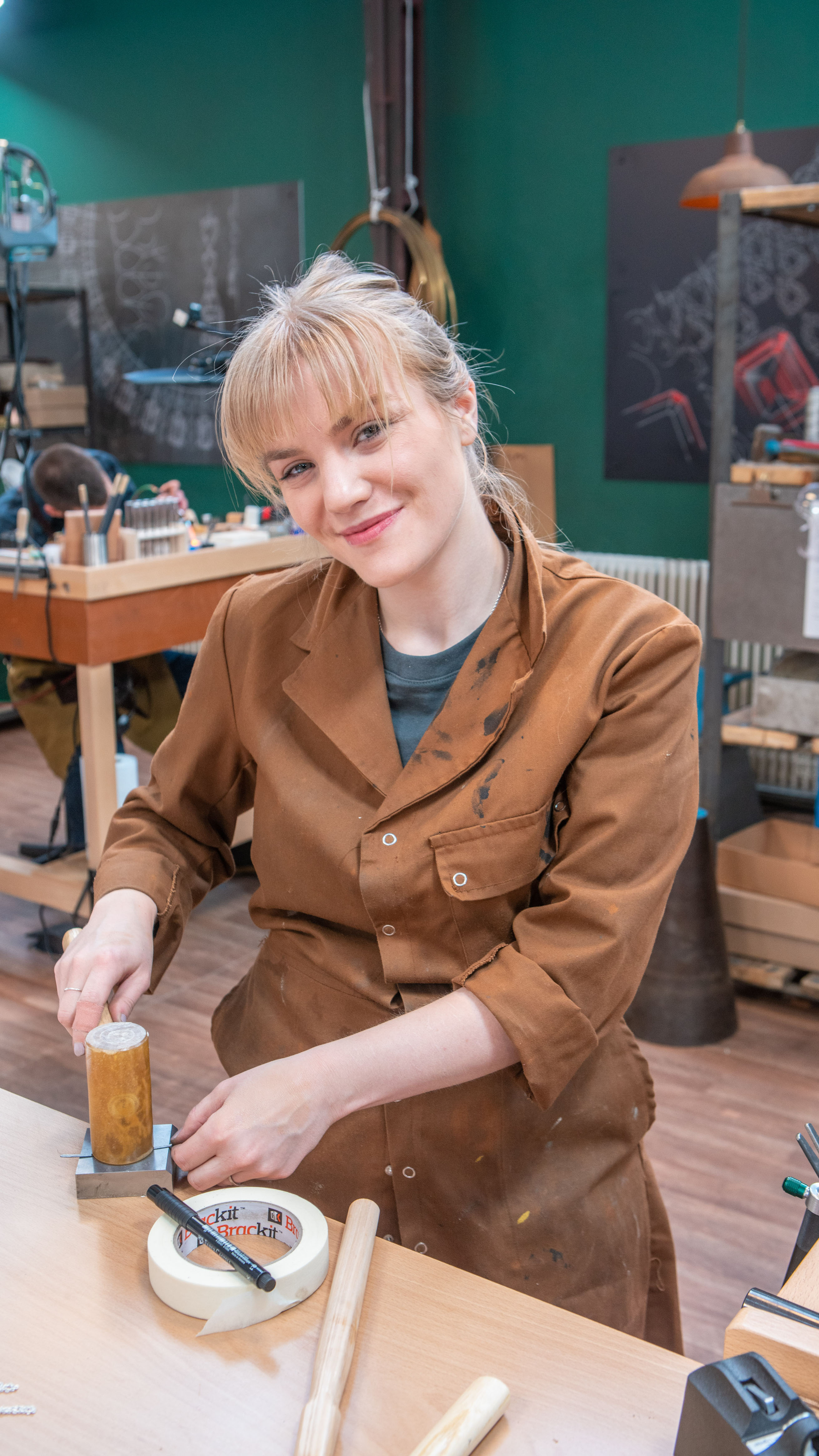 Nicola is 25, from Hereford, and takes inspiration from architecture for her jewellery.

She graduated in Contemporary Design Craft from Hereford College of Arts with a First Class BA in 2015.

Nicola was a Goldsmiths’ Precious Metal Bursary Award winner and was voted ‘one to watch’ by Craft and Design Magazine in 2015.

She says: "My schedule's pretty mad, it's a mix of work and mumming. I want to take part because I just love learning and also it would be a real affirmation that I can do this." 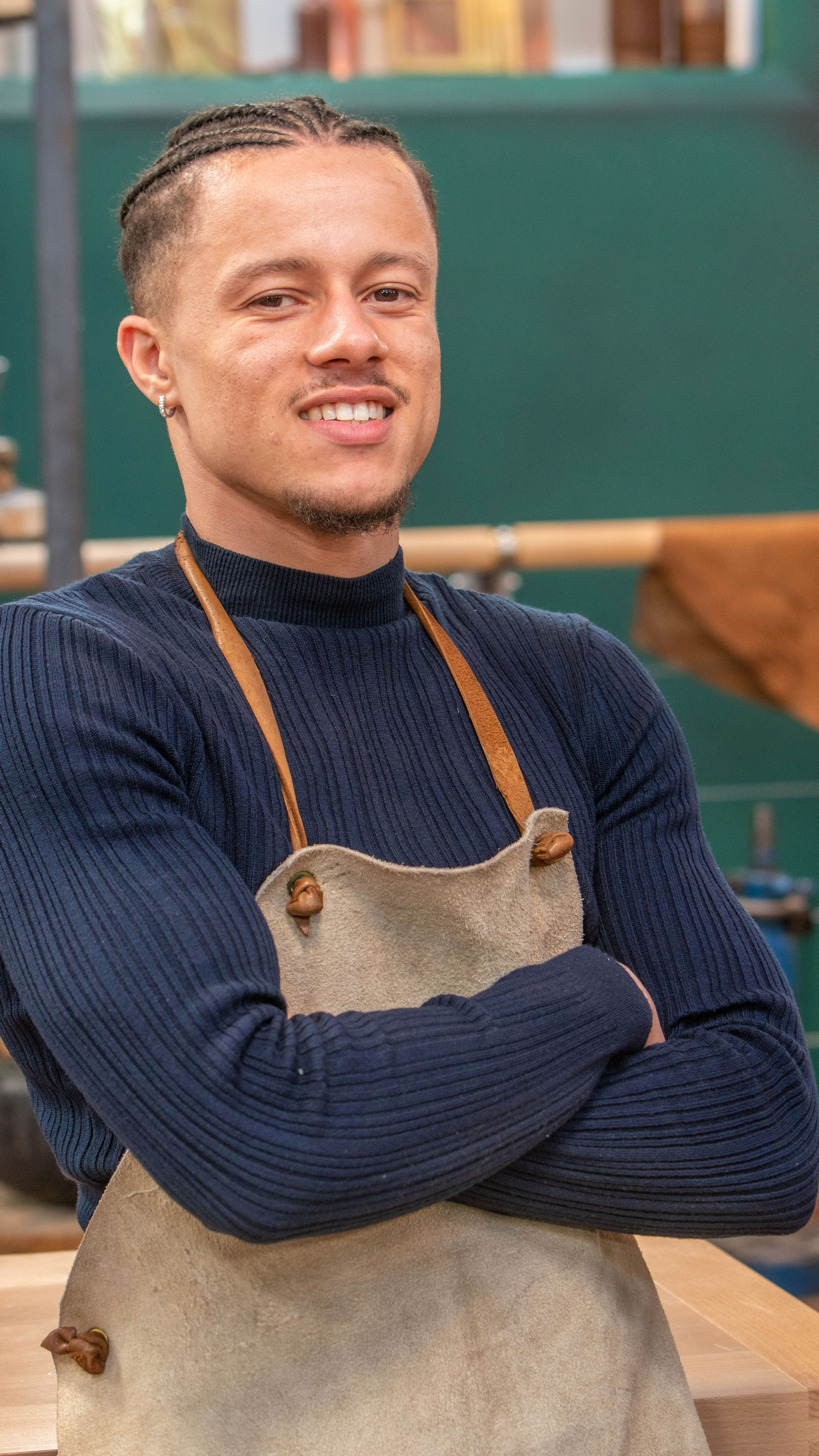 23-year-old Hugo is a diamond mounter from Hayward’s Heath.

Having trained  at the Goldsmiths’ Centre in London, he specialises in handmade, bespoke fine jewellery.

Hugo was nominated as a finalist in Retail Jeweller’s Rising Stars 30 Under 30 in 2016 and in 2018, he was made a Freeman of the Goldsmiths’ Company and of the City of London.

He says: Going up my dad was a graphic designer so he was very involved in art and creativity I've always sort of wanted to go down that route. Anything I do I like to perfect it and make sure it's the best it can be and if it's not, I'll carry on until it is. I want to showcase my skills the best I can and hope that I don't mess up… too bad. 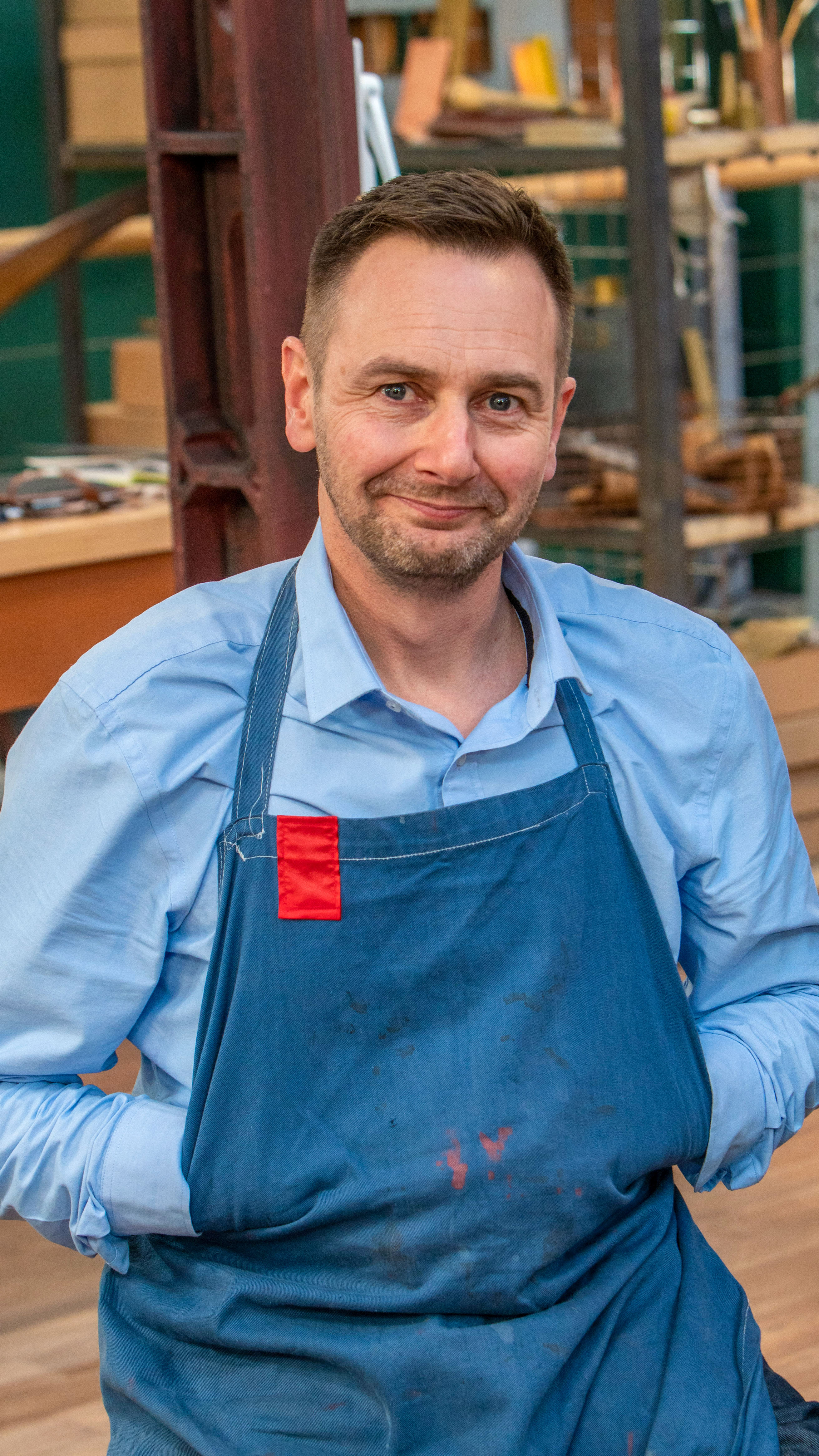 Lee is a 49-year-old jewellery business owner from South Wales.

He repairs broken pieces and creates his own designs.

Lee tries to use recycled and sustainable materials wherever possible.

Lee says: "I'm one of four boys so money was tight at home, mum and dad had a second hand shop and I was always involve with rubbing down bits of furniture and doing them up. So I suppose the crafty side comes from that." 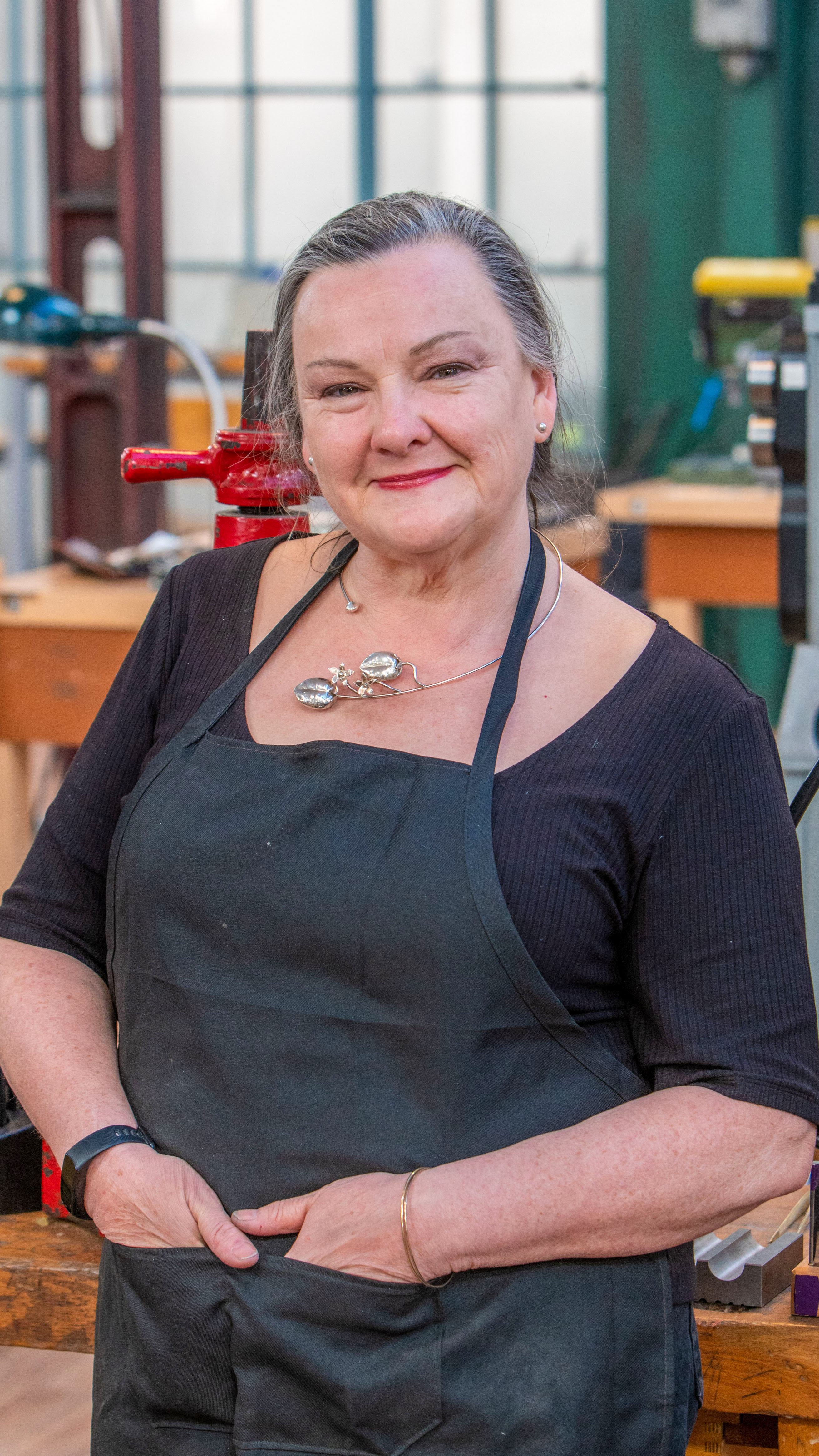 Kim Styles, 46, is a sculptural jeweller from Portsmouth.

She now specialises in wedding jewellery and wedding hair accessories.

Kim trained at Sir John Cass School of Art and loves to use traditional methods – making her jewellery from sheet and wire.

She says: "For me this a huge leap because I've kept myself to myself for years, but I just want to see how far I can go. I can't say 100% how I'm going to handle it but I feel I'm quite calm under pressure and just getting on with what I've got to do." 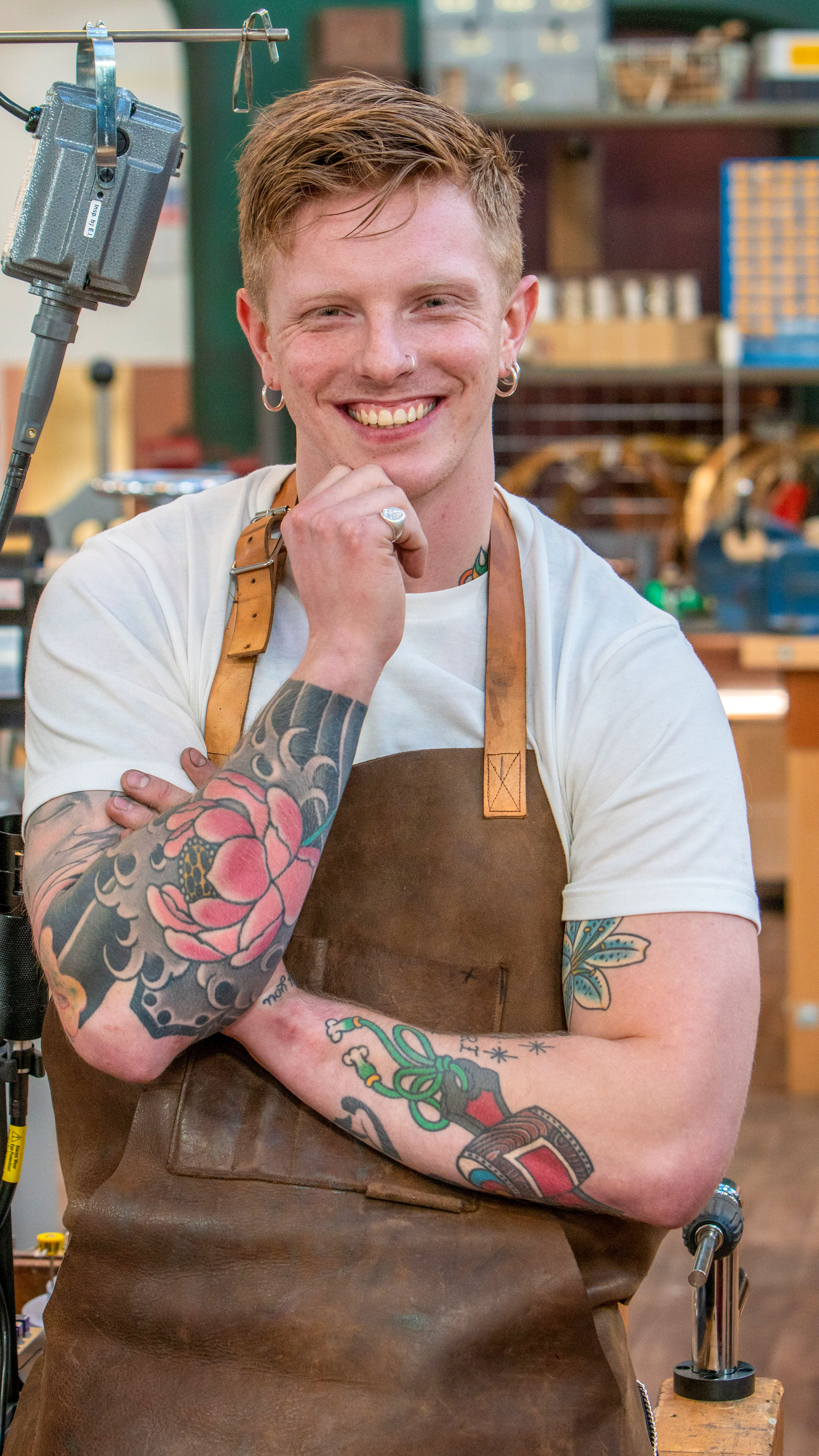 Sonny, 26, is a trained goldsmith from North London.

He makes his jewellery from precious metals and gemstones.

He says: "Jewellery is my third career. My first I was in the youth set-up at Tottenham Hotspur. My second was personal training and I got out of there sharpish and fell into jewellery. I'm completely self-taught so my training was the internet and books." 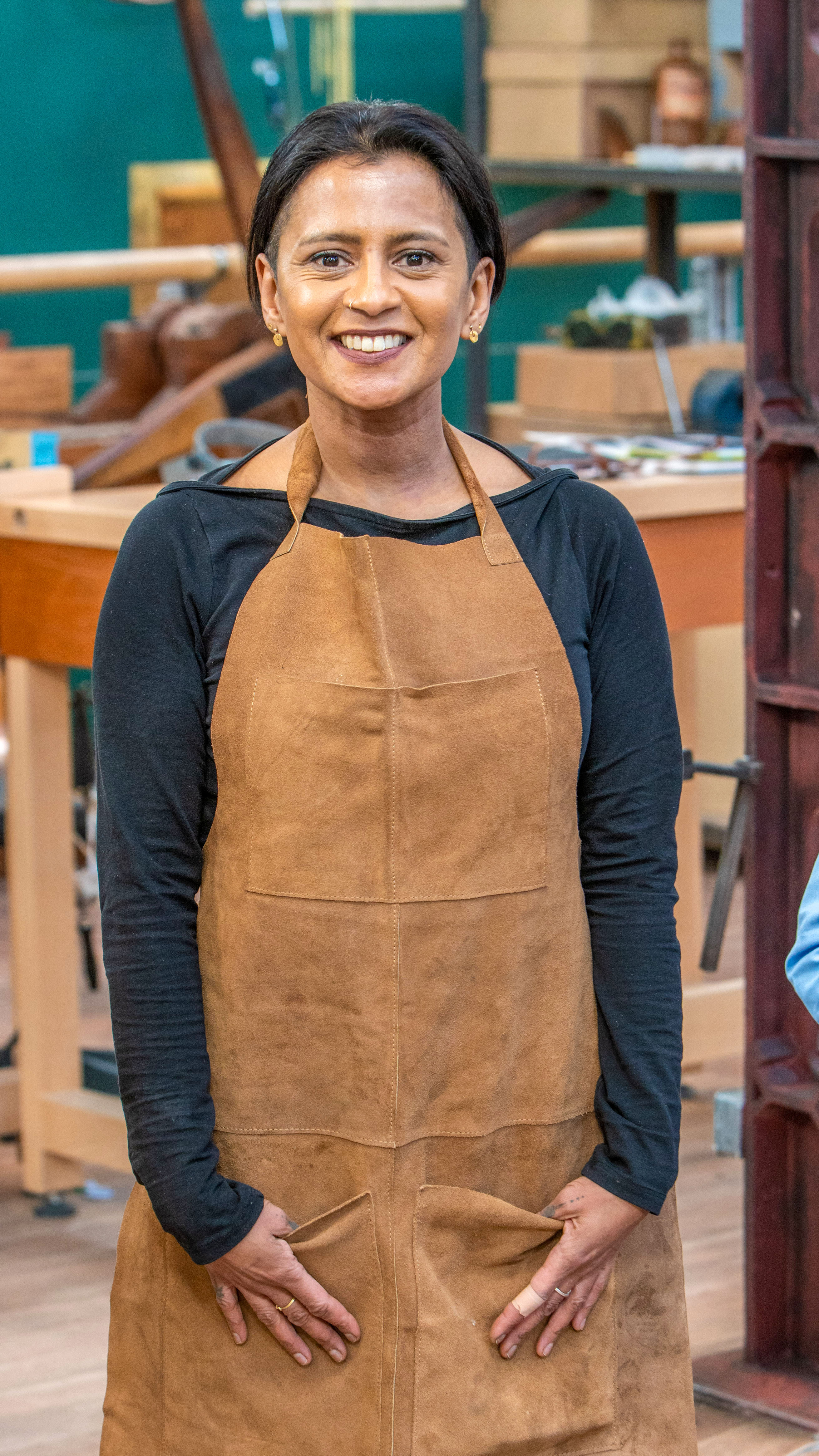 Sri Lanka-born Tamara, 47, runs her own company, Tamara Gomez Jewellery, from a studio at Cockpit Arts in Central London.

Having graduated from the Royal College of Art in 1997, Tamara has been in the industry for over two decades.

Some of her pieces are even available in the Tate Edit Shop at Tate Modern.

She says: "My friends call me Calamity Tam because I'm always tripping up and bumping into things, but when I'm in the workshop making, I'm just on it.. I'm very zen and calm and together. I decided to take on this challenge because I wanted to learn more and thought 'Let's see what happens'"

Who has been eliminated from the show? 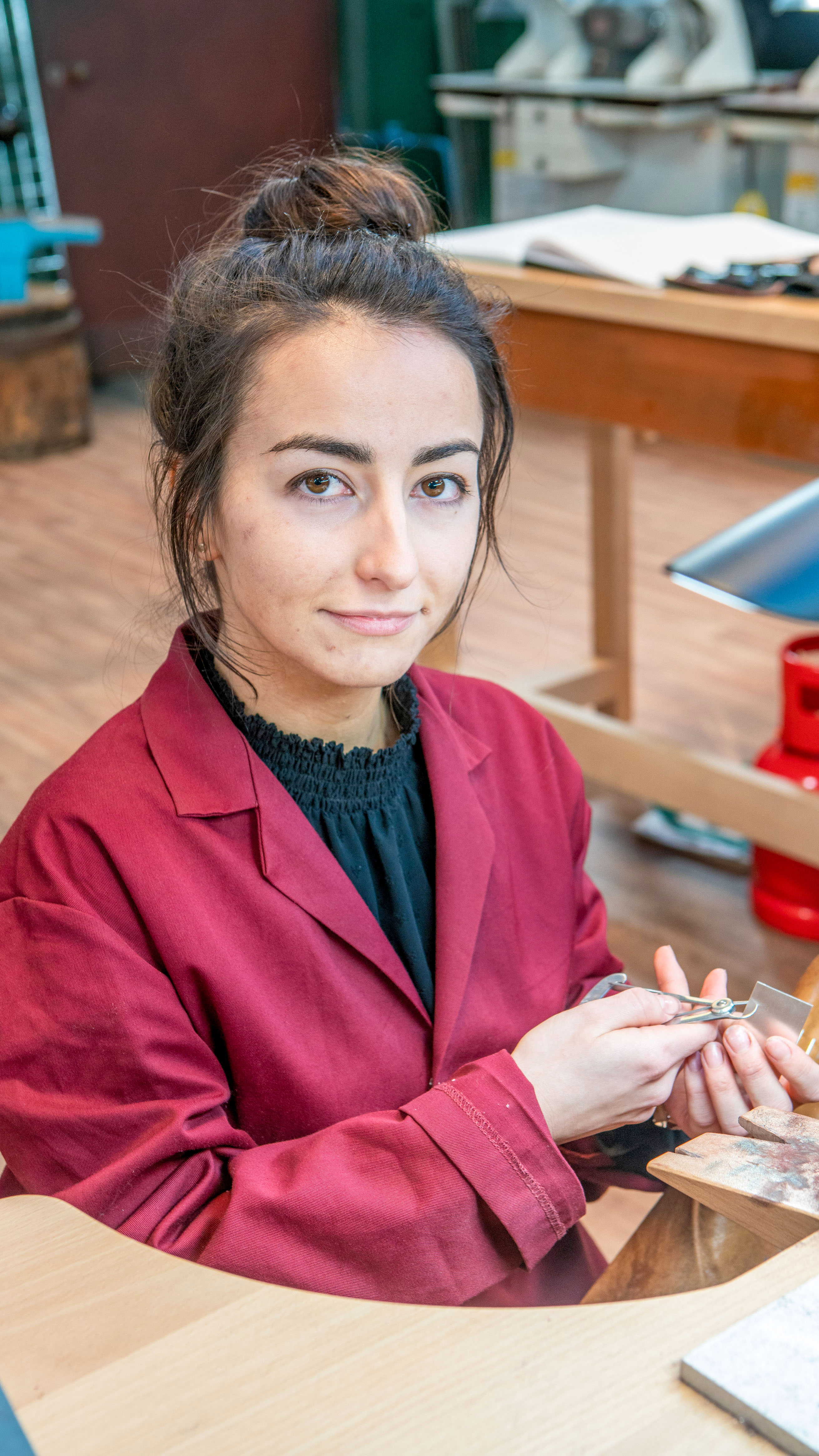 Originally from Scotland, Naomi, 23,  is a trainee goldsmith at Aurum Designer Jewellers in Worthing, West Sussex.

She studied Jewellery and Metal Design at the University of Dundee’s Duncan of Jordanstone College of Art & Design.

She says: "I started making jewellery when I was at school and we made big, crazy neck pieces and my neck piece got featured in a magazine, but now I'd say I'm becoming more contemporary in style.

"I love handmade jewellery. Everything is bespoke in our workshop that I work for.