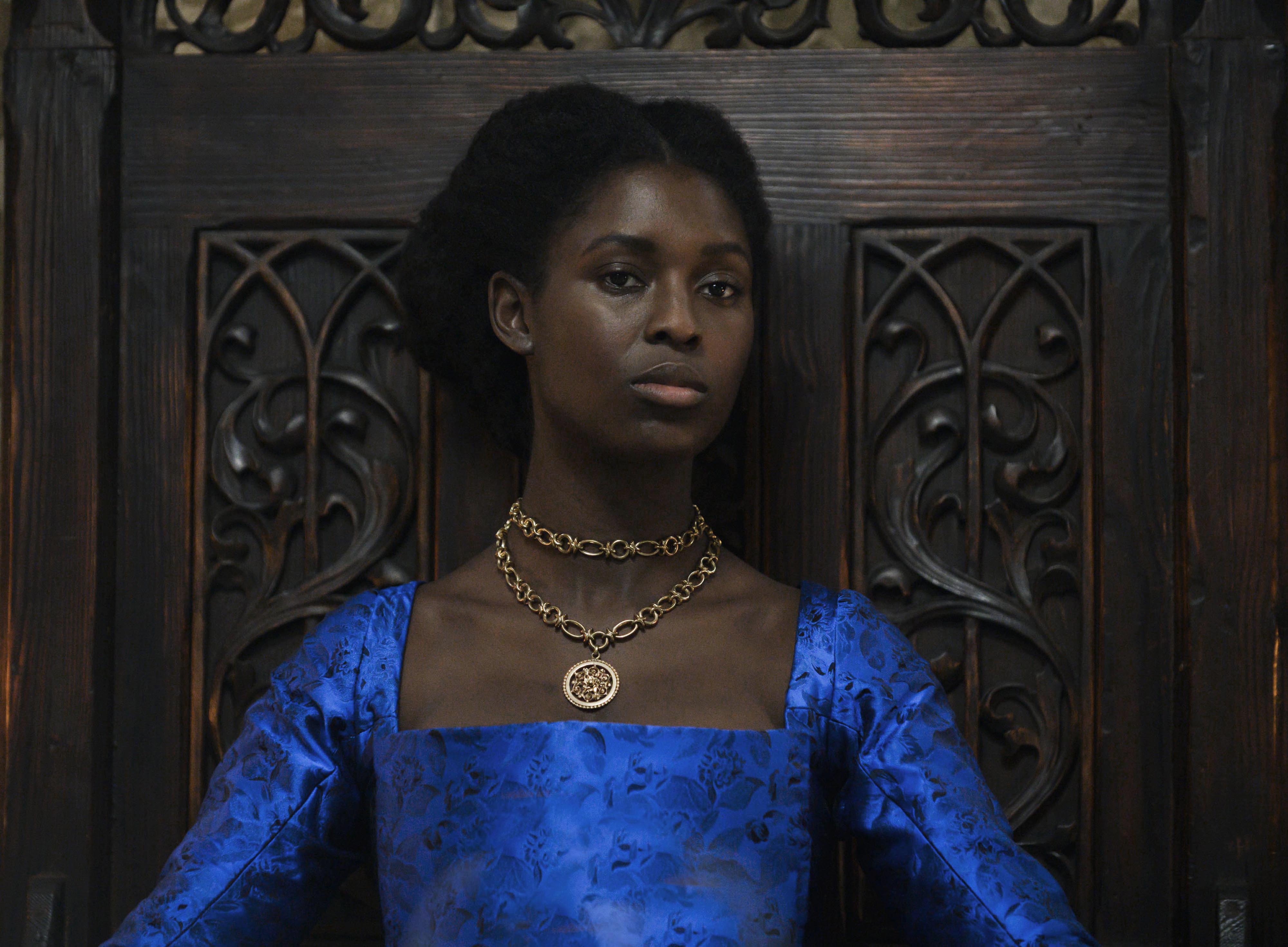 For the people who weren’t listening in their History lessons, Anne (Turner-Smith) was the second wife of King Henry VIII (Mark Stanley) and the mother of Queen Elizabeth I. She met an untimely end after being charged (wrongly, some historians believe) with having sexual relationships with other courtiers, including her own brother George (Paapa Essiedu), and was beheaded, leaving Henry free to crack on with his third wife.

The positives first – it was a visual treat. The costumes, an array of rich jewel colours, leapt out from the muted background of browns and greens. Star Turner-Smith looked incredible in every scene at court, her wardrobe providing entertainment while her expressions remained unreadable.

A lot of thought had clearly gone into her look overall – her hair style was fit for a queen and a marked improvement on the wigs some Black actors are forced to wear on TV (for example: Michonne on The Walking Dead). Director Lynsey Miller also managed to light her Black performers as well as their white co-stars – Turner-Smith and Essiedu sprang out from their surroundings rather than faded into it.

Otherwise the pacing felt choppy, and starting in the middle of Anne’s story might not have been the best idea. As we don’t see what attracted her and Henry to each other in the first place their relationship (and maybe the chemistry of the two leads) was hard to invest in as a result.

It also made it difficult to care about Anne’s doomed journey when we haven’t spent enough time with her. Maybe five episodes instead of three could have sorted that out and allowed Turner-Smith and the cast more time to shine.

The leading lady was at her best playing Anne’s weaker moments, such as giving birth to her stillborn son in a grim, prolonged scene soundtracked by her screams; or hauling herself out of bed days later, dripping blood, to see Henry off on his latest venture. Stanley for his part deserves praise for playing the king’s cruelty without veering into caricature, easy to do with a character that has been done to death on screens big and small.

It was hard not to be reminded of the Oscar-nominated performance of Geneviève Bujold in 1969’s Anne of the Thousand Days – also about Boleyn. It was animated and commanding while Turner-Smith was reserved and glacial. For a story so well-trodden, we needed more.

Casting a Black actress as Anne Boleyn was the big talking point of this show and generated most, if not all, of the interest in it. Take that talking point away however, and you have a familiar period drama that feels more like a Sunday afternoon repeat than a main event.