BBC One’s Antiques Road Trip host Paul Laidlaw made the find, with the sale bringing in the highest profit in the show’s history. Paul spotted the rare camera on sale for just £60 inside an antique store in Margate, Kent, while out shopping for collectables. But when Paul joined his fellow TV expert Kate Bliss at the auction in Bury St Edmunds, Suffolk, the pair were shocked when the camera was sold for a huge profit.

After the sale, Paul said: “I’m over the moon. I am genuinely flabbergasted.”

Kate added: “What an incredible result. I am so chuffed for Paul.”

The unnamed original camera owner told the show: “I really was shocked. When he bought it, he knew he bought a good thing, but I don’t think he realised.

“And he said, ‘It looks like a ­camera’ but we didn’t know it was ­a camera.” Paul at first described it as an “optical instrument”.

The person who ended up buying it for the staggering closing price was a private collector in Switzerland. The auction itself was full of drama, as the BBC show captured the whole process. 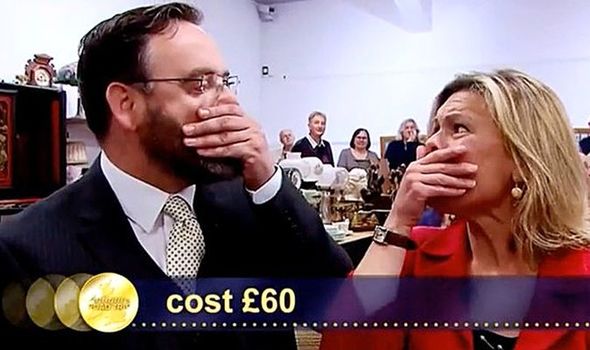 Ahead of the sale, Mr Crichton told viewers: “The sub-miniature camera, I have never seen one. In fact, we have carried out some research and cannot find any other example that has sold at auction. We were very excited to see this and it has certain potential to make a significant profit.”

Then the bidding was underway with a startling opening price of £1,000.

And it soon became clear that the item was special as the price began to rise in stages of a thousand pounds, as Kate muttered: “They’re not messing around.” Paul soon realised the shift in bidding price and said: “He’s now taking £1,000 increments.”

Eventually, an online bid of £20,000 proved to be the winner. And Paul’s massive profit of £19,940 has well and truly smashed the previous show record. That ­honour had belonged to a Tibetan bronze deity, bought for £50 by Anita Manning, before selling for £3,800 in 2016. 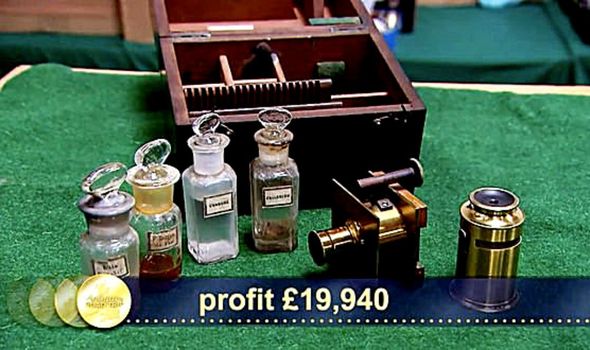 The record is all the more remarkable considering how Paul originally found the camera.

Viewers saw the antiques expert arrive at a huge old-items store ­in Margate.

Having spent time hunting around the building’s three floors, Paul finally came across the old camera, and managed to haggle the £60 price with the shop owner.

Afterwards, he told viewers: “I think this is a very early camera.

“If I’m right, that could be quite exciting.

“The photographic market is very much in the ascent. It’s a hot ­market, I think that’s a good thing.”

All profits from the sale in the show go to Children In Need.

Antiques Road Trip is now on weekdays at 4.30pm on BBC One