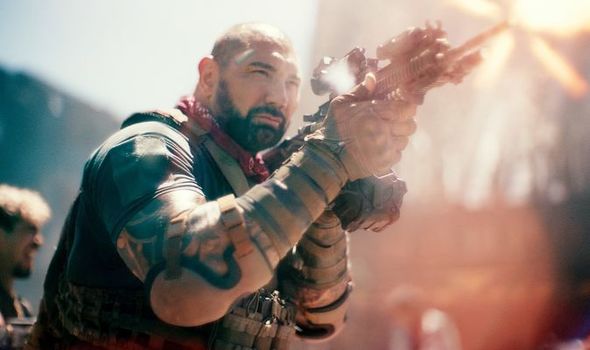 Justice League director Zack Snyder, he of the glum superheroes and bum-numbing run times, has gone back to the very beginning of his career with a spectacular two-and-a-half-hour zombie movie. While it isn’t a sequel to his 2004 remake of Dawn Of The Dead, the film is infused with the same pulpy spirit and sly wit.

In an amusing prologue, two soldiers wonder what top-secret cargo they are transporting across the Nevada desert.

When amorous newlyweds trigger an accident, an extremely fast-moving zombie vaults out of a metal crate, chomping on the soldiers’ necks before spying neon lights on the horizon.

A wonderful credit sequence, ironically cut to Viva Las Vegas, shows us what happened next. Elvis impersonators, showgirls and gamblers are devoured and mercenaries lead a brief fightback before the military seal off the city.

Tough guy Scott Ward (Dave Bautista) became one of the heroes of the zombie war and, some months later, he’s flipping burgers when he gets an offer he can’t refuse. 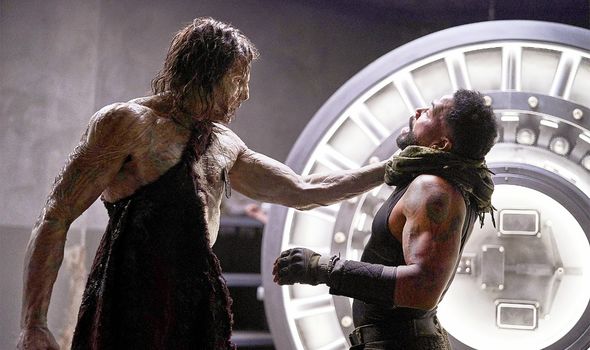 Japanese casino magnate Bly Tanaka (Hiroyuki Sanada) wants him to assemble a team to liberate $200million from a vault under the Strip.

As he’s got a whole two days before the US government is due to drop a nuke on to the city, and since Mr Tanaka clearly doesn’t have a secret agenda, nothing could possibly go wrong.

This undead heist movie has bags of personality. There are stylish set pieces, colourful characters and original flourishes such as soulful “alpha” zombies and a rotting tiger reanimated from the Siegfried & Roy show.

It’s a great popcorn movie but, as you’re watching at home, you’ll have to clean up your own crumbs.