We’re getting the first look at Nicole Kang (Dr. Mary Hamilton) as Poison Ivy in the CW’s Batwoman. See the image below.

After being infected by a missing “Bat Trophy” – a mysterious thorn – Mary’s journey culminates next week in the Nov. 24 midseason finale “Double Trouble” episode as she fully transforms into the supervillain.

Now that she’s been infected by Poison Ivy, the selfless and caring Mary Hamilton (Kang) we’ve come to know and love is taking a backseat to a pernicious and virulent version of herself. No longer content with her supporting role on the Bat Team, Poison Ivy Mary uses her newfound powers to stand up, stand out, and express her most deeply buried opinions and desires — regardless of who or what may be in her way. But more awaits Mary as her destiny delivers her at the root of her new persona, as she realizes her power bloomed to give life to another…Gotham’s long lost and most infamous botanist.

“As we’ve watched the fallout of Batman’s Rogues’ weapons this season, we wanted to make a few of these ‘trophies’ personal to our Bat Team, and Mary felt like the ideal character to go through a major ‘photosynthesis,’ said executive producer Caroline Dries. “The fun part of making each villain’s powers transferable is that we get to do our own spin on the character — this one through the lens of what Mary would create: something heightened, playful, fashion-forward, and sexy. It was so exciting to work alongside Nicole as we picked hair color, eye color and, of course, the clothing itself. But it wasn’t until Nicole showed up on set and absolutely killed her performance that the character of Poison Ivy Mary was complete.”

Costume designer Maya Mani, makeup department head Cory Roberts and hair department head Ashley Young all agreed: “It was a collaboration all around to help bring Caroline Dries’ vision for Poison Ivy Mary to life.” Mani said of the look: “I created this costume to reflect Mary’s desire to be seen and heard by those closest to her, while maintaining her unique eye for fun and fanciful fashion; a strong shoulder and a corset to symbolize a trellis guiding her alter ego upwards.” Said Roberts: “I envisioned her character being intrinsically powerful, alluring and seductive; it was the combination of beautiful glowy skin, with colors selected to enhance and celebrate Nicole’s complexion and structure.” Young added: “Nicole and I tried multiple wigs in different shades of red till we found the perfect one so that we didn’t lose ‘Mary’ in all the glamour but could reflect her and bring out her Poison Ivy alter ego.”

The logline for the upcoming Nov. 24 episode: “As Ryan’s (Javicia Leslie) family dynamic grows more complicated, she also finds herself in the middle of a Bat Team stand-off between Luke (Camrus Johnson) and Mary (Nicole Kang). Meanwhile, Alice (Rachel Skarsten) finds a new sidekick in her stepsister who is transforming into the supervillain that makes all others green with envy.”

Batwoman is produced by Berlanti Productions in association with Warner Bros Television. 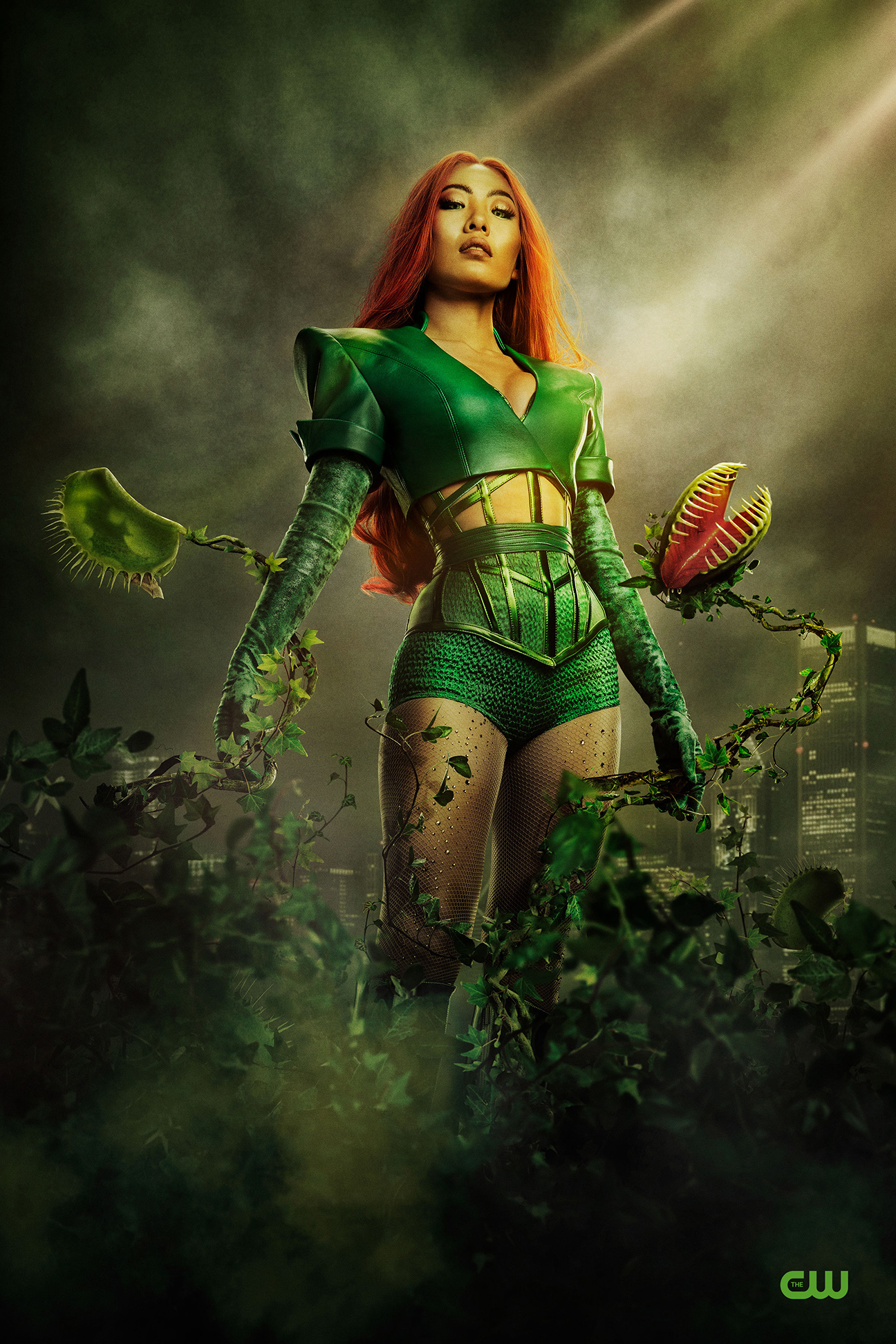