Kate Chastain from Below Deck hosted another quarantine party while watching Below Deck Sailing Yacht. During her commentary, she may have let it slip that she “sipped” on more than coffee while she was on the show. Or it could have been pure sarcasm. 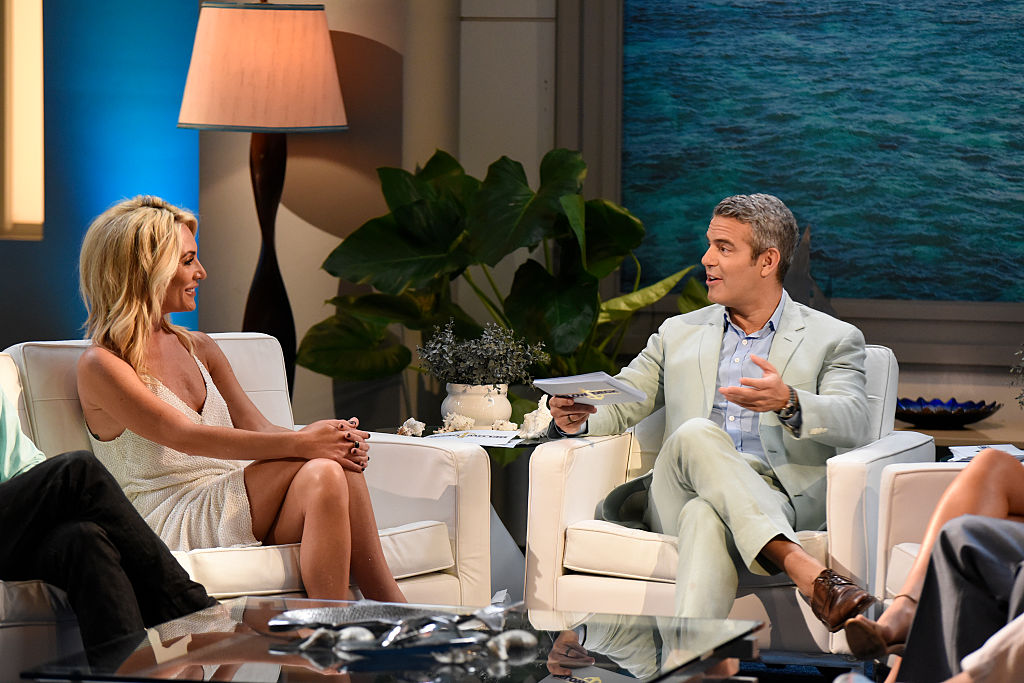 Chastain watched last week’s episode and dished about the crew. At one point, deckhand Parker McCown spies chief stew Jenna MacGillivray, Georgia Grobler and deckhand Ciara Duggan going for a swim after they cleaned up a beach picnic.

MacGillivray got approval for the swim from Captain Glenn Shephard but didn’t share that she and the other crew members were taking the break. Unfortunately, the crew members are swimming in plain sight so McCown could easily see them frolicking in the water.

Chastain suggests being more discreet if you are going to cheat

Chastain cheered on the efforts on the beach picnic cleanup and applauded the quick swim. She said a 10-minute swim can sometimes allow the crew to hit the reset button during a busy charter.

But when McCown sees the crew members swimming from the yacht, he looks supremely annoyed. “If you’re gonna break the rules, you should not do it in plain view of your guests and your crew members, Chastain advises.

Chief Stew @Kate_Chastain may not be returning for Season 8, but another familiar face will! Head to the link in bio to learn all the #BelowDeck deets 🔗.

Adding, “That’s why I always drank out of a coffee mug.” She didn’t elaborate but the tease may have confirmed some crew members’ accusations. Well, maybe. Or she could have certainly been joking since that is exactly what one crew member accused her of doing.

Stew Raquel “Rocky” Dakota from season three accused Chastain of drinking alcohol on charter. During the reunion, the conversation turned to the fire the broke out inside the oven. Chef Leon Walker was held responsible for the fire due to a dirty oven.

What a boat-iful looking crew! Cheers to 100 episodes of #BelowDeck 🥂

Dakota formed an alliance with Walker, plus she and Chastain never seemed to get along. During the reunion, Dakota looked defiantly at Captain Lee Rosbach as he explained why the fire was Walker’s responsibility. But then Dakota said, “Actually during the fire, there was a mug with wine in it that Kate had been drinking.”

Dakota is not the only stew to make the accusation. Another stew, Caroline Bedol, who also did not get along with Chastain tweeted that she saw Chastain drink on charter.

Chastain responded to the accusation

At the time Chastain responded to the accusation. While she wasn’t shocked Dakota made the accusation, she didn’t exactly say she wasn’t drinking either. “I actually wasn’t that shocked when Rocky accused me of drinking,” she told All About the Tea. “She has no boundaries and will say or do anything if she thinks it is to her benefit, regardless of truth or reason.”

She continued, “I think at that point in the reunion, Rocky was feeling overwhelmed with all of the negative feedback she was receiving and resorted to finger-pointing and blame shifting which is sad but not surprising.”

Chastain added that Dakota was more problematic than helpful during the season. “Quite frankly, Rocky’s opinion of my management style doesn’t hold a lot of water. And actually, I would say that it is her professional demeanor that is rude and she is the one who wrote me off,” she said.