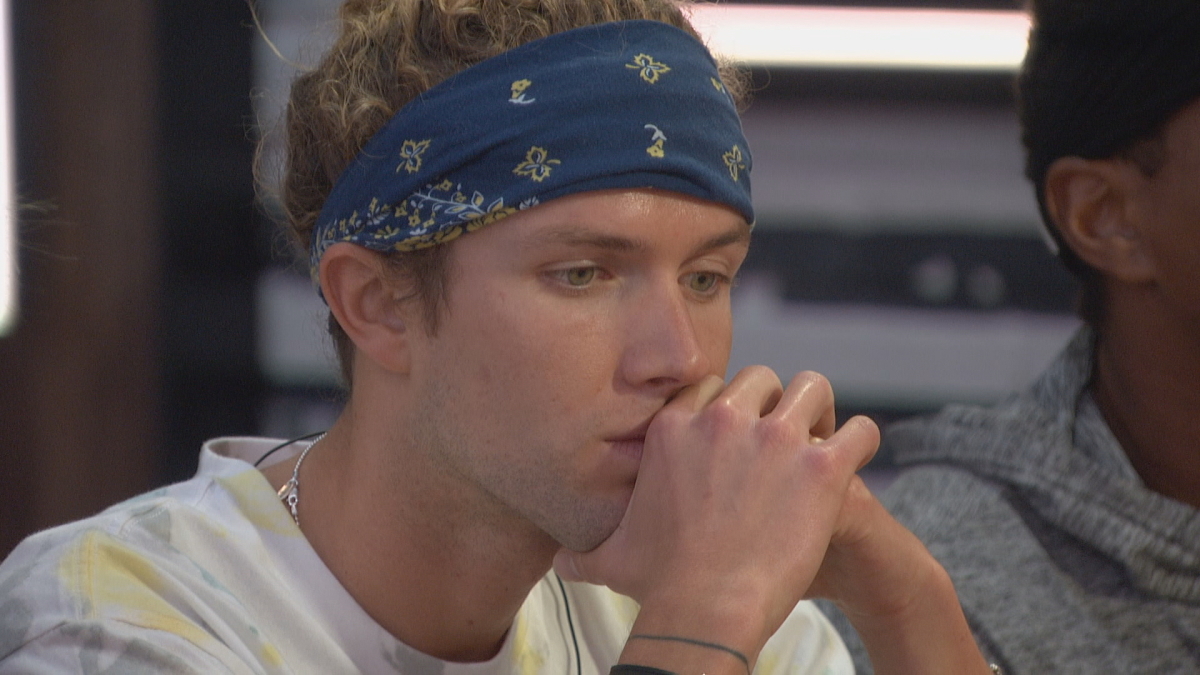 The new episode of Big Brother All-Stars 2 aired tonight on CBS. It was an important episode for the season, with CBS viewers left in the dark about who would become the first member of the BB22 jury. Live feed subscribers knew, though.

In the last episode, Da’Vonne Rogers won the Power of Veto and used it to save Kevin Campbell from the block. Head of Household Daniele Donato then put Ian Terry on the block next to Tyler Crispen. One of them would be evicted on Thursday night.

There was a lot of ground to cover during the “previously on” segment that started the new episode, showing a lot of the stress Dani felt as she nominated four different people for eviction this week. It also showed some of the lies she had told.

As expected, the episode picked up after the Veto Meeting, where Dani put Ian on the block. But first, host Julie Chen Moonves spoke to the viewers about the show reaching its halfway point of the season. She also hinted at The Committee alliance witnessing some drama.

Da’Vonne was the first to have a Diary Room session, where she spoke about Kevin being an ally and friend that she needed to keep in the house. That was why she used the POV. Kevin also had a DR session where he expressed his relief and excitement about the season.

Nicole Franzel was then shown crying a lot about Ian being placed on the block. Many fans doubt those tears she cried, though, after weeks of taking part in group sessions of making fun of Ian and his autism behind his back.

Dani was then shown using tears as a weapon as well, crying to Ian while claiming she felt bad but assuring him that Tyler was getting evicted. There was no point in any of it because her alliance already controlled the numbers in the house.

Tyler and Ian spoke about why they should be kept in the game, but Tyler was in athletic gear, and Ian was in a suit. It seemed pretty clear that they knew what was about to happen.

By a 5-3 vote, Ian Terry was evicted, and he became the first member of the BB22 jury. For the first time, he got to meet with host Julie Chen Moonves for a conversation, but it looked like he was holding back tears under the mask that he was wearing.

No new Head of Household yet

As the episode was starting to come to a close, Julie Chen Moonves stated that the battle for power “begins” before heading to commercial. It was then obvious that no new Head of Household would be taking the power before the episode was over.

This means that we will have to wait to learn about those spoilers when the CBS live feeds return a bit later in the evening.

Stay tuned, because things could get very exciting depending on who takes the power this week.

We also have a live blog going that will reveal the HOH Competition results this evening. Make sure to check it out to learn the winner as soon as we do.