The Boys in the Band features a number of strong performances by the likes of Jim Parsons and Zachary Quinto, but the true standout is Robin de Jesús. The Puerto Rican actor and three-time Tony Award nominee plays the outspoken and flamboyant Emory, one of several gay men who have gathered at a mutual friend’s apartment for a birthday party that slowly spirals out of control as the drinks pour and secrets are exposed.

The actor reprises the role he first played in the Ryan Murphy-produced revival of Mart Crowley’s groundbreaking 1968 play, which had a limited run on Broadway in 2018. Rounding out the rest of the ensemble of openly gay actors is Parsons (Michael, the host) and Quinto (Harold, the birthday honoree) with other partygoers played by Matt Bomer (Donald), Andrew Rannells (Larry), Tuc Watkins (Hank), Michael Benjamin Washington (Bernard), Brian Hutchison (Alan) and Charlie Carver (a hustler hired by Emory).

In addition to winning the Tony for Best Revival of a Play, the production garnered de Jesus his third acting nomination, after previously being recognized for his performances in La Cage aux Folles and Lin-Manuel Miranda’s In the Heights. And once again, the actor steals the show as Emory. “I love Emory so much. It’s so great when you love the character you play,” de Jesús tells ET. “Nothing about him can be small, nothing about him is inauthentic or held back.” 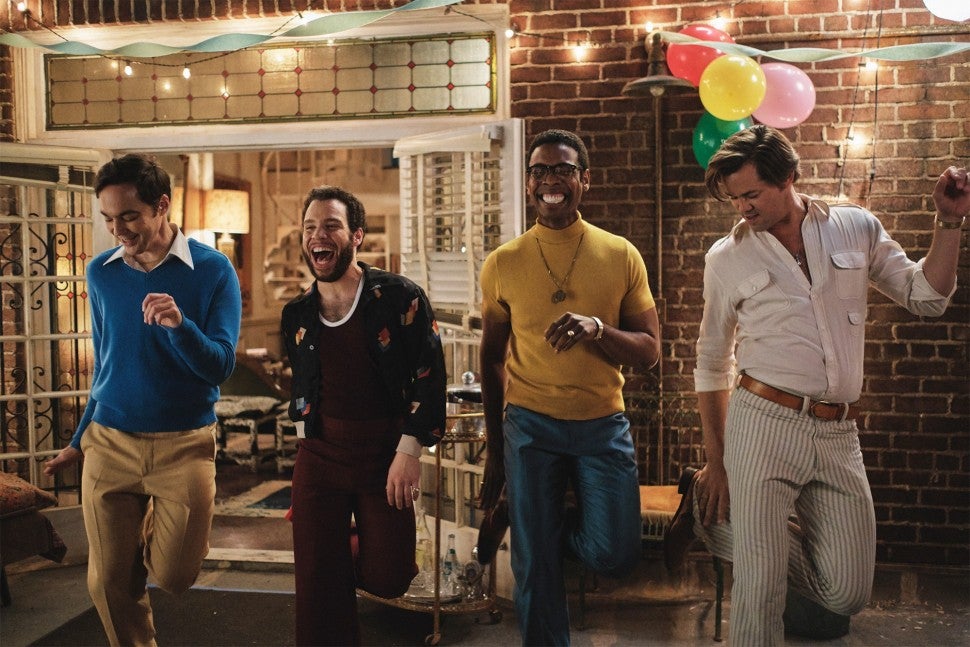 Now streaming on Netflix, de Jesús explains why he’s excited for the film version directed by Joe Mantello to finally be released. “I’m excited mostly for the visual of nine out gay men playing gay characters and not having to step aside so that the straight guy can get an Oscar. I think that it’s really important for young gay folks to see, to have that representation in such a big way and see that it matters,” he says by phone in between rehearsals for the upcoming film adaptation of Tick, Tick… Boom!, which has reunited him with Miranda.

Representation isn’t only limited to the gay community, it’s also an opportunity to expand Latinx visibility. In the original production, Emory was played by white actor Cliff Gorman, with one of the criticisms being around why Bernard surrounded himself with eight other white men. By casting de Jesús, the ensemble expands the presence of people of color in a group of largely white men.

“It was interesting to have that conversation about the nuances of colorism,” de Jesús says, explaining that despite being only one of two actors of color in the play and film, he and Washington never allowed themselves to be tokenized. “He and I are very expressive in how we feel, especially when it comes to things related to race.”

Ultimately, Bernard and Emory are the ones that take care of one another as two of the closest friends in the group. “He takes care of me when I’m getting my a** kicked. I take care of him when he’s drunk as f**k, you know?” de Jesús continues. “Putting me in that role really does make it new. It does change the narrative. It opens it up to a different conversation — and I think people are ready for that.”

The actor then points to the current cultural reckoning happening in the country over systemic racism that arose after the killing of George Floyd and has continued with the upcoming presidential election. “We’re all confronting racial justice or the need for it. But because of that, we can now have nuanced conversations within people of color,” he says.

Despite his nominations and his continued rise on stage, de Jesús says he’s faced discrimination on Broadway. Earlier in the summer, several actors of color called out the systemic racism within the theater community. “There have been a number of shows that I wanted to go in for where I was told, ‘Oh, they’re going to go white.’ Or, it’s like they came up with some lame excuse that I wasn’t right for it,” he affirms with his own experiences, adding that he’s experienced micro-aggressions of all kinds from directors and casting producers. 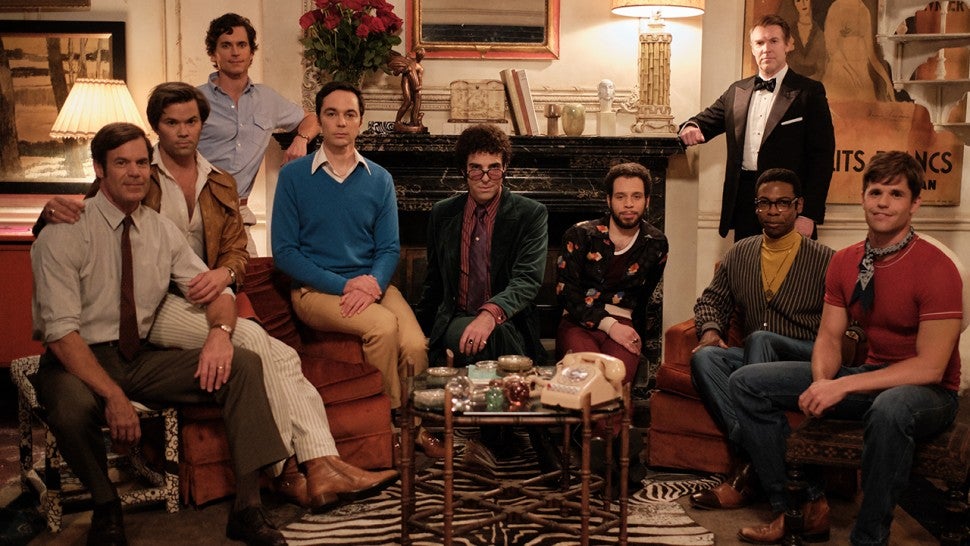 However, one bright spot for de Jesús was the fact that he got to originate the role of Sonny in the 2008 debut of In the Heights. “I was doing a show written by a Puerto Rican man celebrating our culture. We were not carrying guns. We were not selling drugs,” he says. “Operating in the mindset of a Latinx person in 2008, to play working-class folks who are hardworking, who weren’t involved in any sort of organized crime or anything like that was really powerful and meaningful.”

For the actor, real change will come when there’s more Black and brown people in positions of power. “What’s really exciting for me is that I’m approaching a place in my career where I can pick and choose who I work with,” de Jesús says.

And when it comes to working with someone like Miranda, who is directing Tick, Tick, “the shoulders drop,” he says. “There’s a shorthand because we know one another. There’s also the ability, like, when we’re working on something and he gives me a note in Spanish, there’s something very cooing about that… That is the beauty of when you get to work with your friends and with people of similar backgrounds in positions of power.”

As for Tick, Tick, which is an adaptation of Jonathan Larson’s semi-autobiographical musical about an aspiring theater composer who suffers a midlife crisis as he approaches 30, de Jesús reveals he’s excited to get back to work after the coronavirus pandemic forced production to shut down.

The film, which will be released on Netflix, co-stars Andrew Garfield, Alexandra Shipp, Vanessa Hudgens, Judith Light and Bradley Whitford. It recently resumed production, with rehearsals taking place remotely. “I think for everyone right now, it’s great to get back to work. I think we all had a break for a minute and now everyone just wants to work and be creative and do whatever it is that they love to do,” de Jesús concludes.