Britain’s Got Talent was back with another round of contestants hoping they had what it takes to impress the four judges and audience to get three, if not four yeses and oder the precious Golden Buzzer. Midway through the episode, Amanda Holden, Simon Cowell, Alesha Dixon and David Walliams were treated to a performance by Hakan Berg, a comedy magician from Stockholm who performed a number of tricks. But following the judges feedback, he got his revenge on David when he stormed off stage and called him a rude name. Thankfully, the judge took it in jest.

With a series of birds involved, a segway and dry ice machine, Hakan’s act was rather unusual.

Nevertheless, magic was performed and the whole crowd was entertained.

Upon finishing and introducing himself, the judges told him what they thought about his act.

“I thought it was absolutely hilarious,” Alesha kicked off. “Brilliantly, barking mad and funny in all the right places – I loved it!” 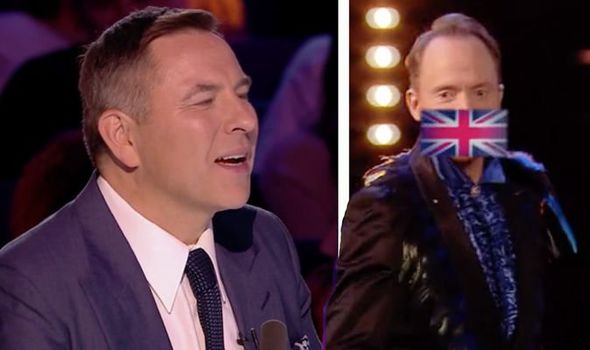 “I just love things which are absolutely silly. But you did come in and I thought ‘he seems a bit like a w****r!” David remarked.

Alesha was utterly shocked, while Amanda cackled at his comment.

“Like when I first met you!” Simon interjected and jibed at his co-judge.

“Hakan look, I think interestingly with you, the less we know about you it makes you more interesting,” Simon added. 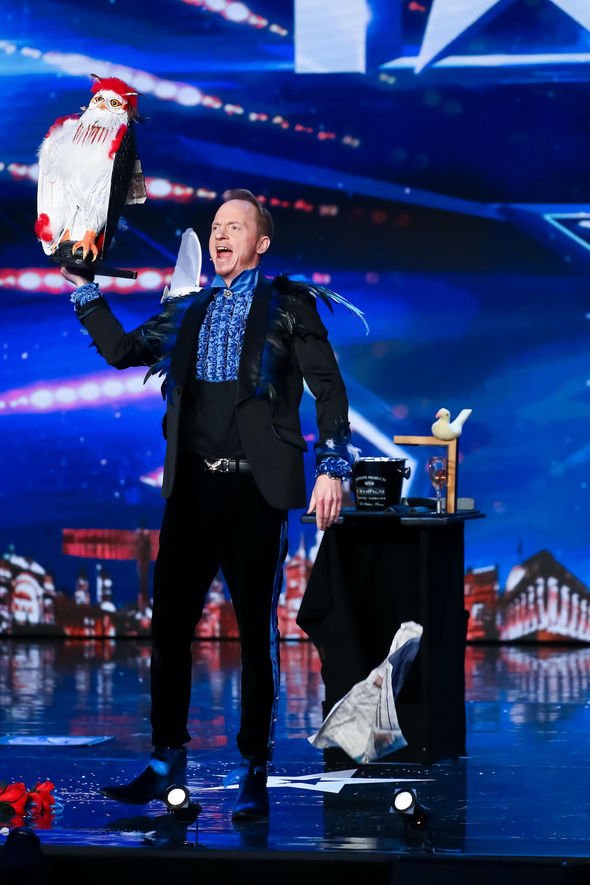 “Do you think if we get to know him he’ll be boring?” Amanda asked.

And Hakan laughed to ease the tension.

Amanda said: “You are just very natural and it was very Tommy Cooper-esque. Kindly oddly British even though it was eccentrically Swedish.” 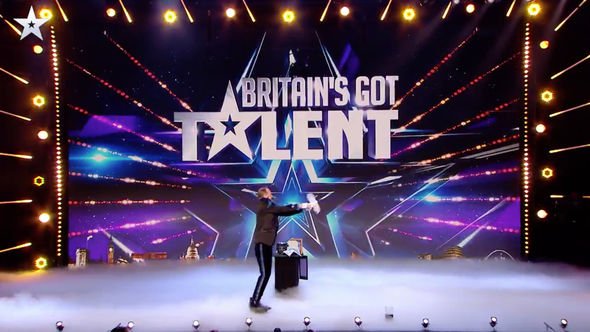 After a vote, Hakan got four yeses and scooped up his kit to leave the stage.

“I’m done right?” He asked for clarity and Simon said he was.

Chuckling to himself, he turned to David and muttered: “W****r!”

Everyone burst out laughing at his remark and Simon was seen mocking David: “Back at you! Back at you!”

Those watching at home took to Twitter to discuss.

One said: “#BGT as a rule but OMG Hakan Berg was frigging hilarious!”

Britain’s Got Talent returns to ITV next Saturday.