A new documentary looks at the visceral impact of wildfires and climate change on the country, from its beleaguered people to sickly koalas. 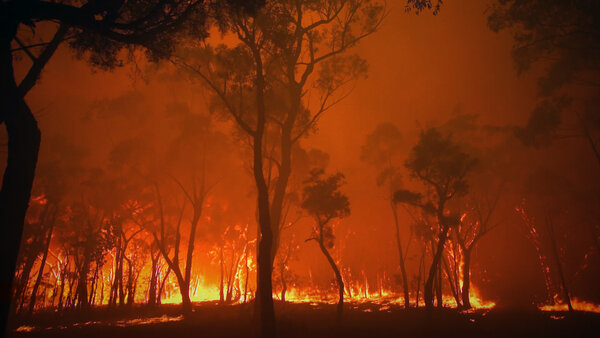 If you think what climate change portends for America is scary, wait until you hear about Australia. That’s the gist of “Burning,” which focuses on that country’s sadly familiar experiences with warming temperatures: terrifying wildfires, drill-baby-drill politicians, and activists desperately trying to save us all by pointing out the facts about the future.

The big difference is that Australia’s fires are the biggest: Over 50 million acres burned during its so-called “Black Summer” (2019-20), dwarfing losses in California or the Amazon. The director, Eva Orner (“Chasing Asylum”), makes her contribution to documentaries on climate change by sticking to Australia and underlining the visceral impact on Australians. It’s hellish: red skies and dark days, fear and helplessness, pregnancy complications and death.

Orner’s flood of talking heads and footage from the field (including beleaguered locals and sickly koalas) settles into a drumbeat of worry — justified, obviously, but numbing. The film also suffers by comparison with a more complex and stimulating look at climate change, Lucy Walker’s alarming “Bring Your Own Brigade.” But the young activist Daisy Jeffrey does provide this film with a smart rebel leader, versus Australia’s prime minister, Scott Morrison, and his coal-friendly politicking.

Like many environmental docs, Orner holds up a possible savior (a tech billionaire pitching a pivot to renewables) and a prelapsarian vision (the Aboriginal stewardship of the land before European arrival). Her film is ultimately another in a series of distress signals for the world, with the hope that Australia doesn’t become a continent-sized Cassandra.