BBC Breakfast's Carol Kirkwood has been notcably absent from the morning show.

The weather presenter returned to TV on Tuesday, May 19 and has revealed the reason for her absence. 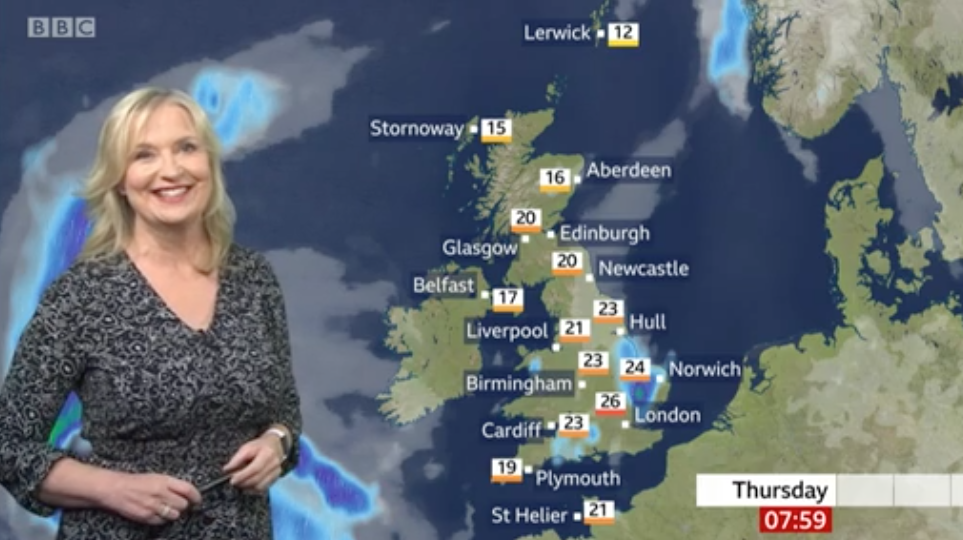 What happened to Carol Kirkwood?

Carol has not been on BBC Breakfast since April 2020.

She has revealed she was forced to take a break from the show after being hit by a car while out on her bike.

The TV star didn't disclose exactly how hurt she was other than "suffering a nasty injury". 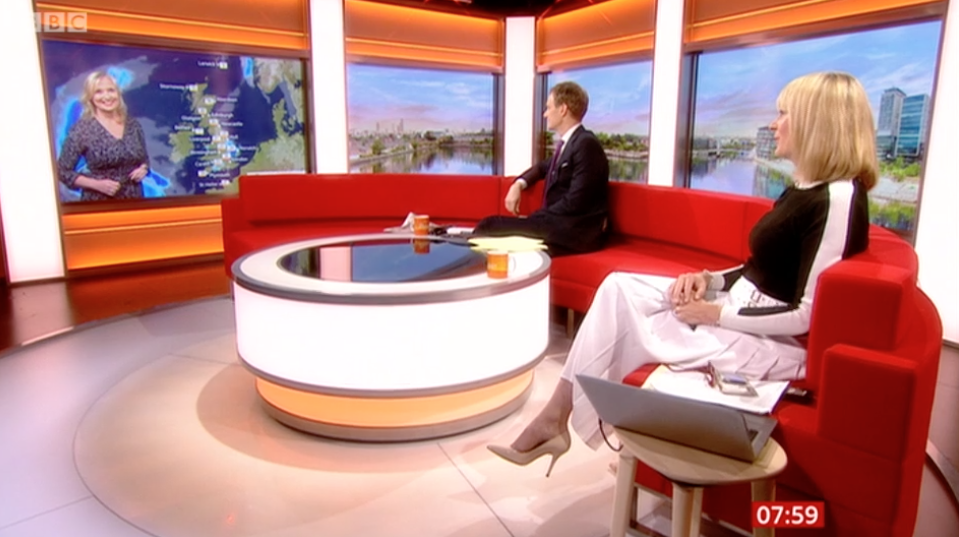 What has Carol Kirkwood said about her bike accident?

On BBC Breakfast on May 19, 2020 Carol thanked police, ambulance and hospital staff who helped her following her accident.

Speaking to presenters Dan Walker and Louise Minchin, Carol said she was "grateful" after suffering the nasty injury.

She explained: "I was out on my bike and got knocked off it by a car that drove into me, it was pure accident of course and I got injured.

"This is a great opportunity to say thank you to the three cyclists that helped me immediately after the incident.

"And also the Thames Valley police, that was Chris and also Faye. And the ambulance that tended to me and took me to hospital, that was Miranda and Stewart."

How long has Carol Kirkwood worked for BBC Breakfast?

Carol joined BBC News in April 1998 as a weather presenter.

Since then she has worked for BBC Breakfast.

She also can be found doing the weather for Wimbledon coverage.