Lev Malinovsky (played by Uriel Emil) has become an integral character on Casualty since joining the BBC medical drama as a paramedic last year. The mysterious newcomer was introduced as a replacement for Iain Dean (Michael Stevenson) and viewers have since seen his family become a bigger part of his story. Earlier this year, he and his wife Faith Cadogan (Kirsty Mitchell) were dealt a cruel blow when they discovered their son Luka Malinovsky (Tom Mulheron) had a brain tumour. As the pair continue to put on brave faces, it seems the father-of-three is riddled by his tragic past. However, what is he hiding from his colleagues and his wife – could he be a killer?

The paramedic’s backstory has been touched on before, particularly when he and former colleague Ruby Spark (Maddie Hill) were called out to a disturbance at a local football match.

It was explained Lev was drawn into a neo-Nazi football army, who would cause destruction and carnage at matches in Russia.

With his brother being a murderer as a result of being part of the group, the character decided he needed to get out reform himself.

Viewers have seen a very kind and caring side to the mysterious newcomer and it is incomprehensible to think of him as being a violent character.

In upcoming scenes, however, it seems something is playing on his mind as he looks back on his childhood once more. Could he have followed in his killer sibling’s footsteps? 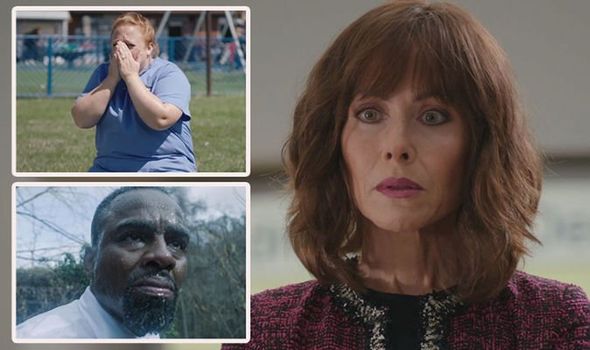 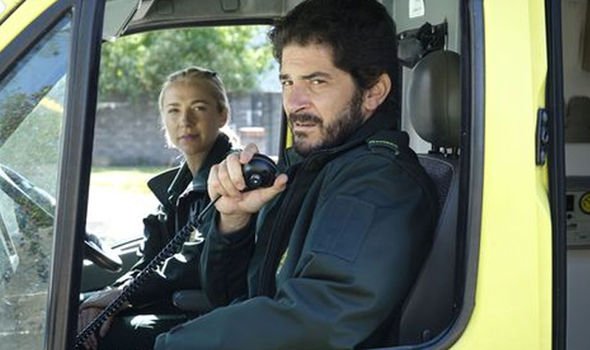 The drama begins when the paramedic accepts a call out to a patient called Evgeny who has been stabbed and is delighted to find out they are Russian too.

As the pair discuss their backgrounds, it forces Lev to reflect on his troubled childhood and some painful memories resurface.

With Evgeny also opening up on what is what like growing up, the Casualty character’s mind reminds him of a horrendous bullying ordeal.

Faith’s husband reveals how he tried to protect a younger boy than himself from tormentors, only to be reprimanded by someone older for making himself a target. 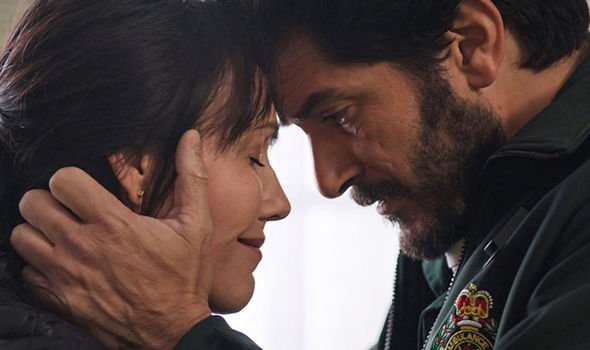 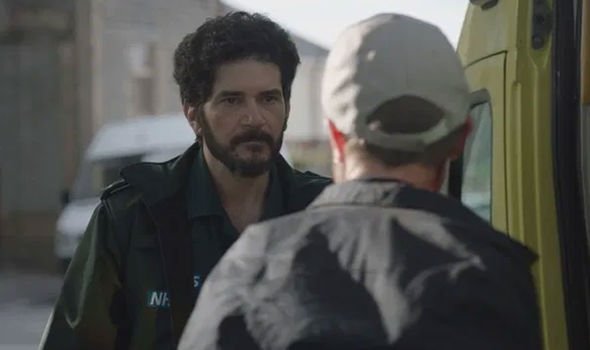 At this point, viewers might think they’ve learnt all about the character’s backstory, but there is another twist in store.

The paramedic might not have disclosed everything about the tragic memory and could have taken revenge on the older child who taunted him.

Could it be Lev actually killed the bully to teach him a lesson and covered up the murderous act to ensure he walked away a free man?

Executive Producer Loretta Preece previously hinted Faith’s husband was certainly someone to keep an eye on in the coming months.

Lev has a huge story with many twists and turns

Speaking with Digital Spy, the medical drama boss said: “I have loved ‘the year of the paramedic’ and for me, it came at just the right time when perhaps the paramedic side of the show hadn’t had its due for a while.

“It was important and truthful to put the spotlight on the paramedics and to use Iain’s story to highlight the darker side of their often adrenaline-packed, public-facing roles.

“While I’m on the show the paramedics will always be a very important aspect of Casualty,” she continued, before talking specifically about Lev.

“New character Lev has a huge story to come with many twists and turns running for at least a year ahead.”

Viewers will have to tune in to see whether the paramedic is harbouring a killer secret, but his wife is certainly hiding something from him.

Since Faith joined the medical drama back in December, she has caught the eye of doctor Dylan Keogh (William Beck) and he has gone on to develop feelings for her.

It wasn’t until an episode which aired in May Lev’s spouse found out what her colleague had been keeping from her as he took a bullet to protect her.

With the mother-of-three having seemingly developed feelings for him too, will she go on to betray her husband?

Casualty continues tonight at 8.25pm on BBC One.