MATTHEW is the focus on Casualty this week as viewers see him experience distressing flashbacks.

The locum registrar (played by Osi Okerafor) soon finds that his trauma impacts his ability to do his job. 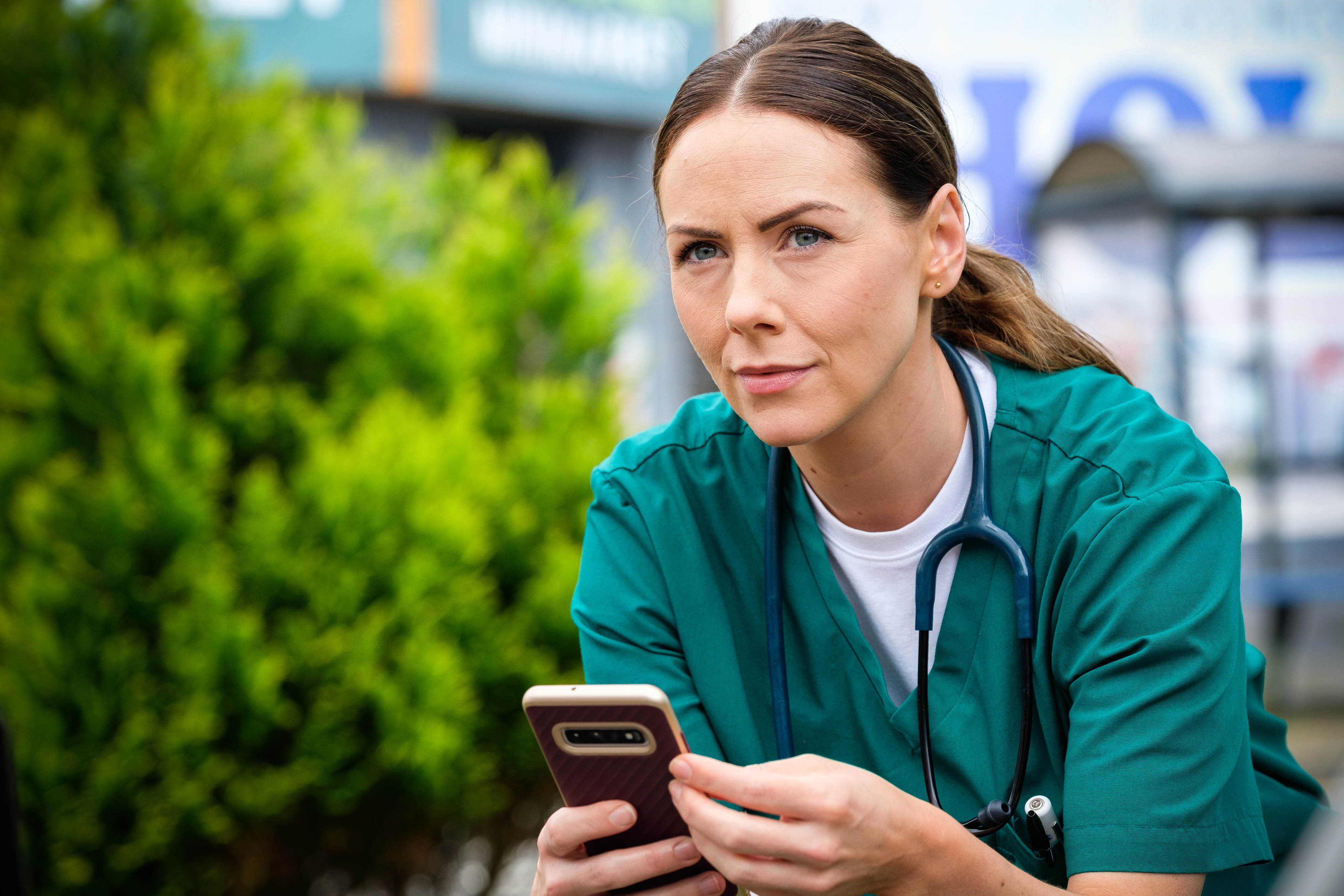 Stuck in traffic on his way to work, Matthew is shocked when an injured teenage girl falls onto his car, leaving a bloody handprint.

Viewers see that the incident transports Matthew back to Africa, where he recalls the image of a bloody handprint on a wall.

Matthew is brought back to reality by a police officer who informs him of a major incident between rival gangs.

A dazed Matthew agrees to undergoing a stop and search.

Arriving at the ED late while clearly struggling, Matthew ploughs on with his day but keeps experiencing flashbacks of his time back in Africa.

Unable to control them, he becomes increasingly riled up with a patient and is scolded by Dylan for his behaviour.

Things worsen for poor Matthew when his patient starts to deteriorate, triggering even more flashbacks of his time performing medical care in a war zone.

During surgery, Matthew becomes overwhelmed and completely freezes, prompting Stevie to step in.

Later, a tough day improves when Stevie makes her intentions clear to Matthew.

They head back to her place, but Matthew tenses when Stevie attempts to get him to open up about what's been bothering him afterwards. Will he tell her what's going on?

Meanwhile, Rash is targeted by the same police officer who stopped Matthew earlier.

While walking into work with Ethan, the officer stops them and asks to search Rash's bag only, leaving Ethan to question why they aren't searching his as well.

Aware of the racial bias, Ethan and Rash are appalled but ultimately Rash has no choice but to cooperate.

3. Rash gets a blast from the past

Rash's day worsens when he starts to treat Farah, the teenage girl who fell onto Matthew's car.

Rash doesn't recognise her at first but her mentor Hafsa reminds him that she is the little sister of his childhood friend, Sam.

Hafsa breaks the sad news to Rash that Sam died last year, not long after being released from prison.

When she is questioned by the police, Rash is horrified by their racist comments and chooses not to tell them what he knows.

Frustrated by the prevalence of racism in Holby and making a decision to help Hafsa turn her life around, Rash gives her his number and promises he'll do anything he can to help.

4. End of the road for Jan and Ffion?

Ffion returns to work following her cancer diagnosis, but is still keen to keep Jan at arm’s length.

A hurt Jan overhears Ffion refusing to include her regarding a work issue. Is there any hope left for them?

Catch the next episode of Casualty on Saturday, October 2 on BBC One.