Emma (played by Alexandra Mardell) has been doing her best to help raise money for terminally-ill brother Oliver Battersby (Emmanuel and Jeremiah Cheetham) of late on Coronation Street. With her father Steve McDonald (Simon Gregson) and the toddler’s mother Leanne Battersby (Jane Danson) facing a court case to keep their son alive, they need some extra cash more than ever. As Friday’s hour-long episode of the ITV soap got underway, the barmaid was stressed to the maximum and Scott (Tom Roberts) was more than happy to lend a hand. However, could the innocent Weatherfield resident live to regret accepting help from the criminal?

After Emma had a verbal breakdown in front of Scott, he took off to the Rovers Return to speak to her employers, Johnny Connor (Richard Hawley) and Jenny Connor (Sally Ann Matthews).

The criminal mastermind said: “I saw [Emma] earlier. It’s tragic what she’s going through with Oliver – what they all are.”

“Yeah, it is. I think that’s why she wants the extra work. The whole family is skint what with all the time they’re spending up the hospital,” the pub landlady replied.

“Not much we can do, unfortunately. Hardly booming here,” the landlord added, but his old friend made himself seem like an angel when he suggested he would do some fundraising for the family.

Whilst Jenny thought it was a lovely idea, her husband was more sceptical as he had some idea of how the criminal would get his hands on the cash. 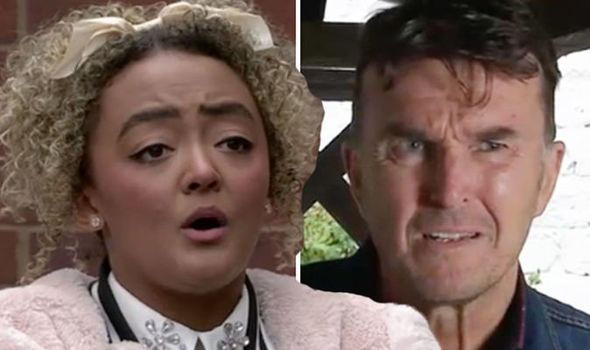 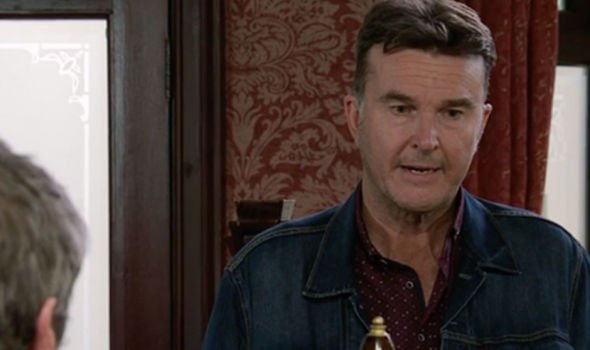 Later on in the episode, Dev Alahan (Jimmi Harkishin) called into the Rovers and told the landlords how his shop had just been robbed.

At the same time, Scott walked in and asked to have a word to the side with Emma where he handed her a wad of cash to help with Oliver’s treatment.

This exchange was witnessed by Johnny, who began to speculate whether his old friend had turned over the corner shop to get his hands on some money.

However, the barmaid was over-the-moon with the newcomer’s gesture as she said: “It’s a real help Scott, thank you. I can’t tell you how much my dad and Leanne will appreciate it.” 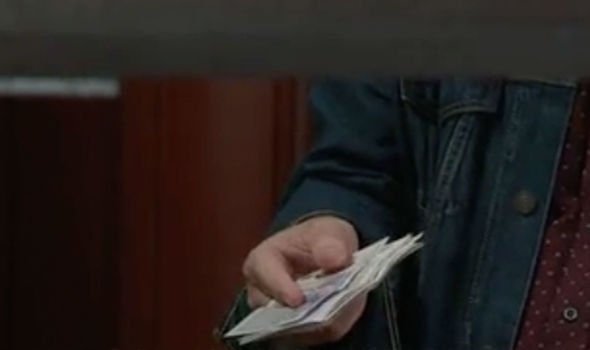 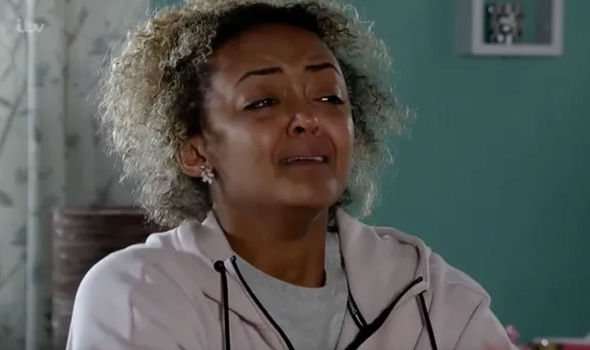 “It’s me who should be thanking you. You’ve all made me so much at home here,” Scott replied before Johnny asked him to help him with something in the yard.

Knowing full well the criminal had no job and couldn’t possibly have got his hands on the cash so quickly, the landlord accused his friend of robbing Dev’s shop.

The newcomer insisted he had nothing to do with it and his innocence was later confirmed when the corner shop owner explained the police had caught the thieves.

Hugely embarrassed about what he’d accused his friend of, Johnny apologised as it seemed the money Scott had given Emma was legitimate.

As Johnny went to go and get the pair a couple of drinks, Scott displayed a smirky grin on his face to suggest the cash he’d given the barmaid wasn’t completely reliable.

If this is the case, Emma could be carrying around money which the newcomer had stolen from another robbery made away from the cobbles.

Being a professional criminal, the newcomer would know better than to thieve somewhere on his own doorstep.

Of course, wanting the money to go towards Oliver’s treatment, the innocent resident would need to cash it in at the bank.

The bank could have been informed to look out for someone with a huge amount of money on them and to alert the police if a suspect were to walk into one of their branches.

Unfortunately, this could mean Emma would be carted off by the authorities as they would believe she had a connection to the robbery.

Pleading her innocence, the barmaid could find herself in big trouble as no one would be able to account for where she was after leaving home and going to the hospital.

Could the Weatherfield favourite be locked up for a very long time for a crime she didn’t commit and will Scott let her take the blame?