Coronation Street resident Shona Ramsey (played by Julia Goulding) has been recovering in hospital after she spent weeks in a coma due to being shot. However, when she woke up, it soon became clear there was more damage than first suspected as she could not remember who her husband David Platt (Jack P Shepherd) is. Now, with the feisty cafe worker trying to rebuild her life in episodes to come, will she get her happy ending after all?

Shona finally got hitched to her long-term love David last year after the latter had a brief spell in prison for his part in stealing money from his grandmother Audrey Roberts (Sue Nicholls).

Things looked to be getting worse for David when his rapist Josh Tucker (Ryan Clayton) turned up and a fight later broke out.

Luckily, he managed to get out of prison just in time to wed Shona and the pair were ready to live out a life of marital bliss.

Unfortunately, things soon took a nasty turn when Shona was caught in the crossfire of Derek Milligan’s (Craig Els) siege of the Rovers. 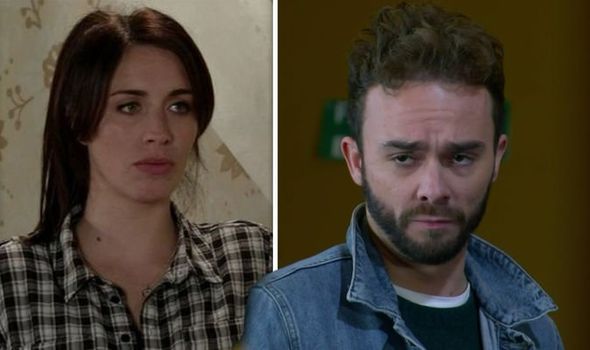 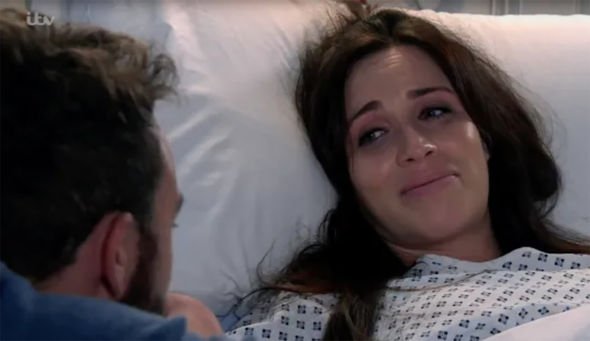 Shona was put into a coma to try and save her life and David has gradually spiralled after struggling to deal with his wife’s state.

Although Shona is starting to rehabilitate, she can’t remember her husband or anything from her life in Weatherfield.

David desperately tried to use any tactic he could think of to trigger something, such as showing her all their wedding photos.

However, it came to no avail and with Shona’s return to the Street imminent, Julia who plays her has spoken out on how events will unfold. 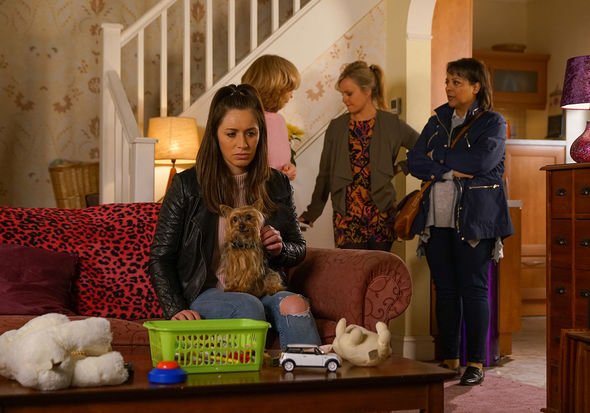 Speaking to Express.co.uk and other press at a recent press day, Julia, who recently resumed her role after going on maternity leave, admitted it would be “great” for Shona and David to get a happy ending.

Asked whether she’d like to see a second wedding between the pair, Julia said: “Yeah. It would be great! Not wearing my maternity wedding dress this time!

“And, you know, seeing David in a suit and tie, and maybe not having it at the Bistro, who knows? No, it’d be lovely. It’d be really nice.

“I think it’s nice to know that there’s, there’s going to be challenging times ahead because I think they always work. David and Shona always worked really well together when they’ve got something to overcome.

“At the end of it, there could be a happy ending. It’s a nice, warm, fuzzy feeling. And so yeah, I’m really looking forward to doing it,” she teased.

However, it won’t be an easy road ahead for the couple as they will have to start again from scratch due to Shona not remembering anything about her husband.

In recent episodes, David has been embarking on a path of self-destruction where he has deliberately riled up youths in a rough area of Weatherfield to give him an adrenaline rush.

He has confided in friend Craig Tinker (Colson Smith) what he’s been up to, with the latter determined to help out.

David will continue to struggle to cope upon Shona’s arrival, leading to his sister Sarah (Tina O’Brien) intervening, with Julia saying: “I mean, the essence of her character is still there.”

She added: “She’s still very kind underneath. The reason she agrees to go back to the Platts is because, you know, Sarah pleads with her.

“So she does it for Sarah because she sees how distressed this young woman is. I mean, how could anyone really deal with everything that David’s been through in his life?

“Like, I think you’ll probably need to be drip-fed to her. Because if you give her all that information at once, I think, well, anyone would run a mile!”

Will David and Shona get their happy ending or will it all end in tears if she is unable to reconnect with her husband?