Nothing is out of place on “Criminal: UK.” The closest things get to being disheveled is a chair left untucked or maybe a door left slightly ajar. Otherwise, the Netflix interrogation drama slides rather confidently into the polished professionalism category of TV shows, where drama happens in spite of perfectly designed interiors bathed in carefully controlled mood lighting.

It’s that sense of impeccable theatricality that leads to the central tension in “Criminal.” The audience is faced with suspects tied to crimes theoretically inspired by real-life instances of kidnapping, assault, trafficking, and murder. But the show itself often feels like a simulation. It’s a well-composed one, but that gap between the show’s raw real-time ambitions and the tidiness of the final product is one that always seems to hover over that questioning room table.

“Criminal: UK” does benefit from a stellar ensemble, one that seemed settled into a comfortable legal/judicial tag-team system well before the show caught up to give their interpersonal relationships added context. With a series that hinges on a premise simple enough to drop viewers in with little-to-no preamble, glances from DI Natalie Hobbs (Katherine Kelly) to fellow team members Tony Myerscough (Lee Ingleby), Vanessa Warren (Rochenda Sandall), and Kyle Petit (Shubham Saraf) end up doing plenty of the heavy lifting.

As with the show’s first season — part of an ambitious global setup that involved productions in four different languages all making use of the same set — each episode features a different guest star playing a central suspect. This new round features Sophie Okonedo, Kit Harington, Sharon Horgan, and Kunal Nayyar as individuals brought into this London precinct. 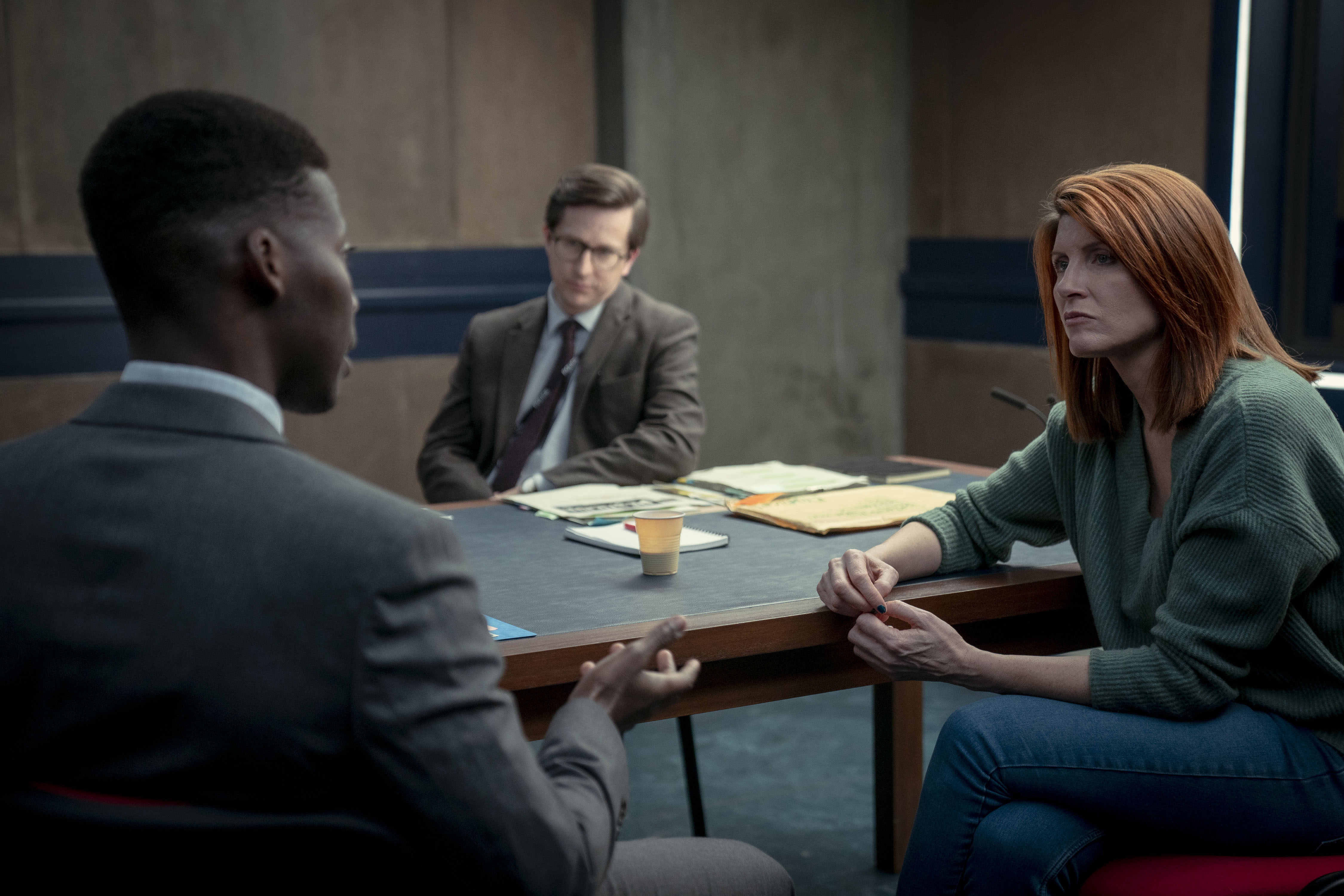 From his lengthy opening monologue through his emotional final scene, Harington is the addition to this season’s cast that’s giving a performance that seems more suited to the rhythms of the stage. The remaining three find better ways in Season 2 to take full advantage of the subtleties that Jim Field Smith’s direction can afford.

Most of both seasons’ guest cast have found effective ways to show that gradual progression through helplessness, confidence, resignation, and despair, in whatever order best fits the episode’s purposes. Okonedo makes those emotional transitions near imperceptible, to the point where she best allows the viewer to feel those changes along with her rather than taking manipulative cues. Season 2 introduces Nayyar as the first of its subjects to have already been convicted, adding an extra wrinkle to the show’s already-fraught power dynamic. And while certainly not a breezy watch in full, Horgan’s episode does bring at least an occasional dose of levity to a show that’s often stifled under the weight of its own severity.

The contributions of Smith and fellow co-creator George Kay have a curious way of working in concert with each other. At times, the show almost renders Kay’s scripts non-verbal, drawing enough tension out of cutting between the questions being asked in the room and the attentive onlookers behind the giant one-way mirror. There are episodes that draw enough on the tropes of accused suspects that it becomes a high-wire body language deciphering exercise, determining what happens when either side slips and admits they know more than they’re letting on.

Because of the time constraints of these roughly 45 minute chapters, there’s not much narrative real estate to establish a personality for these newcomers and then subvert them in time for a dramatically satisfying breakthrough right before time expires. There’s not necessarily a pattern across these episodes and the three in Season 1. The turn happens earlier in some stories to establish a different relationship between law enforcement and suspect, while other reveals are held off for a more traditional ending twist. 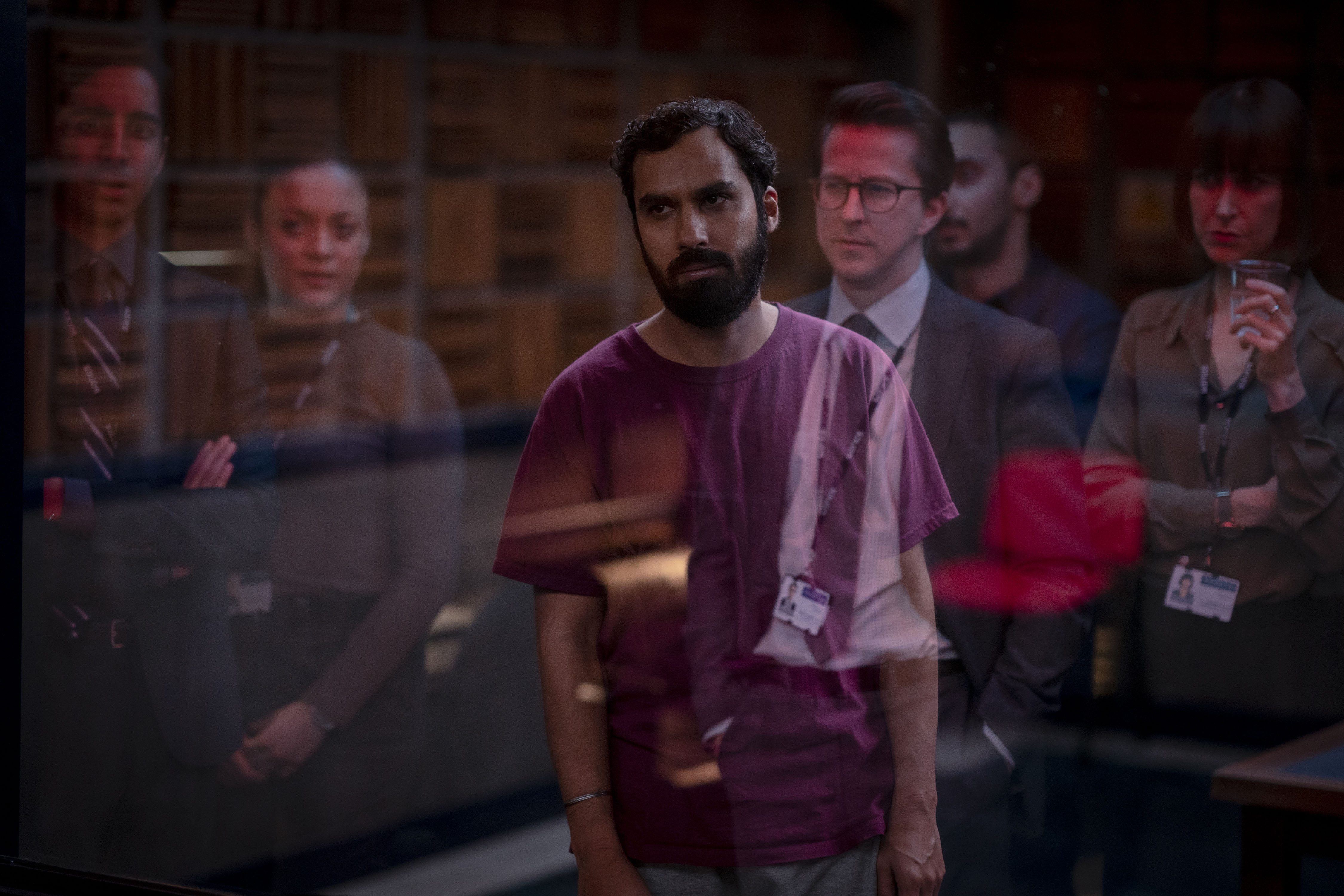 In either case, the relative neatness of this show’s arcs matches the sleekness of the room’s interior. The self-contained nature is part of the show’s unspoken promise to the audience: By the time the ominous digital clock in the observation room stops ticking, you’ll have your answer of innocence or guilt. (It is worth noting, though, that the least definitive ending of Season 2 is made all the more unsettling — and in turn misguided — given the subject matter of the episode itself.)

Occasionally, those within the black box nature of the “Criminal: UK” setup have the chance to step back and acknowledge the theatricality of the job they’re doing. Some threads feature a disconnect between what members on this team know and are able to articulate to each other under these interview restraints. Others explicitly wrestle with the procedural ways to handle what arises in these interviews, especially when ethics and expediency don’t always align.

Not only is this a chance for the show to justify the heightened, ultra-calculated moves that its ensemble is asked to make, it results in a show that can defy expectations more easily. When the focus is less on “Did this person do it?” those moral questions with less convenient and clear-cut answers can more easily rise to the surface.

Each episode of “Criminal: UK” has to end somewhere, but it’s still surprising how many of them feel artificially finished. The solutions to these mysteries end up being the farewell note, but the tantalizing peeks into who these detectives are away from the recording equipment are the way for “Criminal” to distance itself from its more formulaic “cop show” peers. There’s an art to its limitations — whether that narrow focus comes off as a feature or a bug, there’s still room for the show to leave even more of its questions unanswered.

“Criminal: UK” Season 2 is now available to stream on Netflix.