There’s always going to be discourse about what part of Star Wars is the best, or which movies fans didn’t particularly like. And it all boils down to how the franchise impacted your life, or what you took away from it. But when it comes to what the core of the franchise is about, George Lucas is pretty clear that it’s hope and family. And Dave Filoni recently pointed out that again. 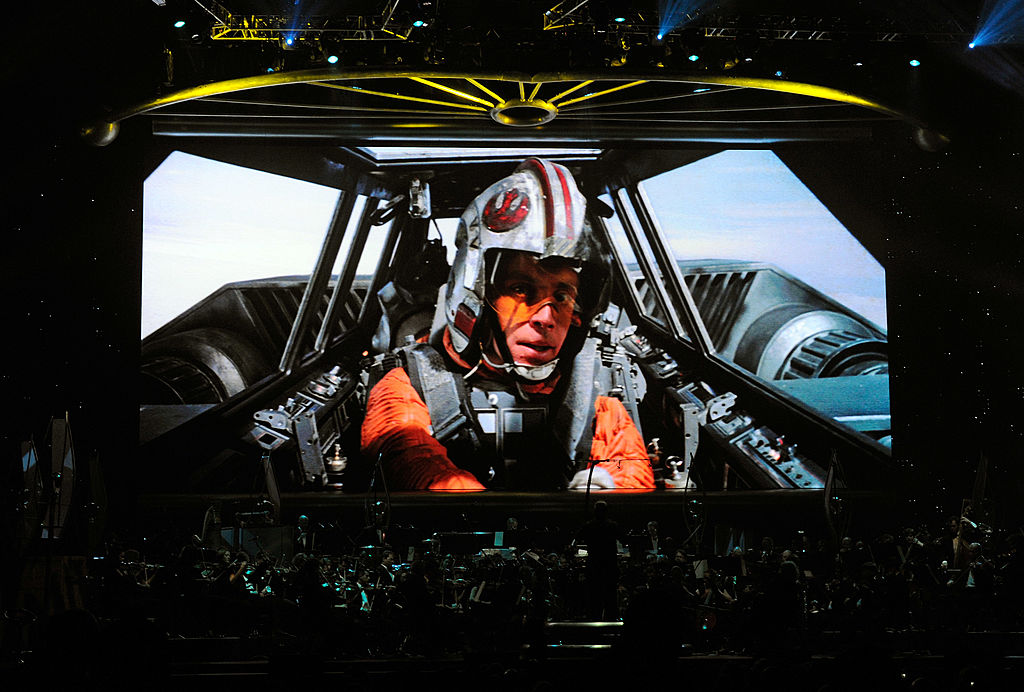 Filoni said that ‘Star Wars’ is about family, and is meant to uplift fans

In the second episode of Disney Gallery: The Mandalorian, Dave Filoni gave an excellent speech about what Star Wars hinged on and where the major moments came from. And he also touched on what the core of the franchise was.

“Son saves the father, the father saves the son,” Filoni said about Luke Skywalker and Anakin at the end of Return of the Jedi. “And it works out perfectly, and I draw that line all the way from The Phantom Menace to Jedi. That’s the story of Star Wars.”

After saying that Anakin was failed by not having a parental figure, maybe alluding to the Jedi’s lacking Code, he also said that family is a central theme. You see it in the original trilogy with Leia, Luke, and Han, along with Chewbacca, C-3P0, and R2-D2. Also, in the prequels, it’s about Anakin’s attachments as he tries (and fails) to create his own family. However, he can’t because of Palpatine’s manipulations. Then in the sequel trilogy, you have Rey searching for her own family, being as she grew up an orphan. In the end, she has Finn and Poe, and the Skywalker legacy

“It’s not about X-Wings, it’s not about… the things we decorate Star Wars in. It’s important, it’s part of the genius of it. But we soulfully react,” Filoni hit home. “We don’t just want an action movie, we want to feel uplifted. And Star Wars is an adventure that makes you feel good… So that’s what I always go back to with Star Wars is this selfless act, and this family dynamic, which is so important to George, so important to the foundation of Star Wars.”

The selflessness Filoni talks about can be seen with Qui-Gon Jinn, who goes through so much to help the little boy on Tatooine. Or with Ahsoka Tano, who would rather die than kill a single clone during Order 66 in The Clone Wars. They were selfless because they had hope, which may be the more obvious theme in Star Wars.

Hope is talked about in nearly every single movie and animated series. And even if not explicitly stated all the time, the underlying hopefulness the audience feels carries throughout the movies. Even when things are at their darkest, somehow Star Wars gives us that light at the end of the tunnel. As Jyn Erso said, “Rebellions are built on hope.” And so is Star Wars.

“It is really saying there’s a lot of hope out there,” Filoni said about the end of Return of the Jedi. “That we fundamentally want to be good people, that we can all be driven to terrible things but that we can persevere through selfless action.”

And when it comes to Lucas’ legacy, not only is there Star Wars, but it’s the hope it inspires along the way.

“George has this hopeful story and it’s something that he’s reiterated most times I’ve seen him, after we’ve been making things without him is, ‘Remember to make these stories hopeful,’” Filoni recalled. “‘Remember to give that to kids, because they really need it.’”

Those two things combine, and that’s why Luke and Anakin are able to defeat Palpatine

Even though The Rise of Skywalker brought Emperor Palpatine back, that doesn’t have to diminish the work Luke and Anakin Skywalker did to overcome Darth Vader and kill the original Palpatine. Because Luke’s love for his father powered that win, and Anakin was able to come through and defeat his Sith Lord master, bringing balance to the Force in the end as was foretold.

“The only thing that’s gonna save [Luke] is not his connection to the Force, it’s not the powers he’s learned, it’s not all these things that are an advantage to him,” Filoni explained. “That’s gotten him to the table. But what saves Luke is his ability to look at all that, and look at father and say, ‘No, I’m gonna throw away this weapon. I’m not gonna do that. I’m gonna let that go and be selfless.’”

His unwavering love for his father is what confused, and then beat, the Emperor in the end. Not power, or strength, but love and selflessness.

If you couldn’t put your finger on why Star Wars put you in a good mood, or why John Wiliams’ theme for the films gives you such a rush, it’s because of the hope it inspires.