DWTS' Kenya Moore showed off what she's learned in the ballroom with her daughter Brooklyn as she prepared for next week's show.

The Bravo star is currently competing on the show's 30th season. 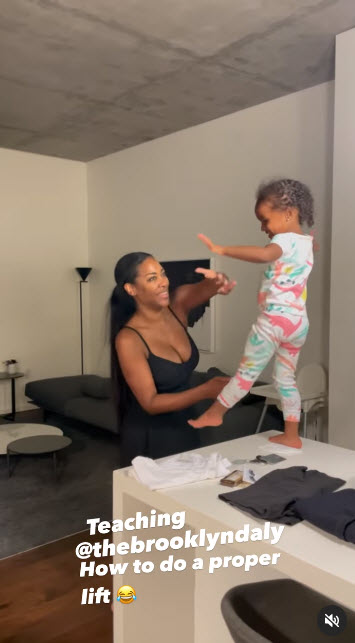 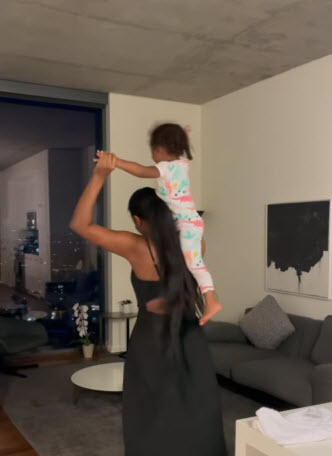 Kenya, 50, took to Instagram to showcase her impressive dance moves in an adorable video of her demonstrating a "proper lift" with her three-year-old.

The toddler filled in for the reality star's usual partner on the show, pro dancer Brandon Armstrong.

In the clip, Brooklyn stands on a desk before her mother props her onto her shoulder, spinning her around in circles.

The mother-daughter duo laughed and smiled as they spun around the room with Brooklyn's arms stretched out wide.

The routine was set to the song Good Times by Chic.

Kenya yelled "good job!" to her daughter as she set her down as the two stopped to pose for the camera.

She captioned the post: "I’m showing @thebrooklyndaly how to do a proper lift! Learned from the best @brandonarmstrong @dancingabc"

The full-celebrity lineup for Dancing With the Stars was announced on Good Morning America last month, with Kenya being one of the show's highly anticipated acts.

She was joined by some of the industry's biggest names including Beverly Hills, 90210's Brian Austin Green, Spice Girl Melanie C, and Karate Kid's Martin Kove.

The new gig comes after a big cast shakeup was allegedly declared ahead of the Bravo series' 14th season.

While Kenya will be returning to the broadcast for the new season, which premieres in April 2022, cast favorites Porsha Williams is leaving the show, according to Entertainment Reporter, Anthony Dominic.

Anthony explained Porsha's absence saying that she wants to focus on her relationship and family, as well as her new spin-off series.

In June, it was rumored Cynthia was leaving the show when she removed the RHOA hashtag from her Instagram bio.

Although she doesn't appear to be on the roster for next season, at the time, the TV personality insisted she hasn’t been fired.

She told Love B. Scott that she chose to remove the hashtag from her bio a while back, adding that she hasn’t been fired “to her knowledge.”

However, Cynthia implied that she has not yet been asked back for the next season of RHOA as she said she “would like the option to return.”

It appears fans will still see Cynthia on the small screen as she is filming the franchise's all-stars vacation spin-off series along with Kenya.

The stars were photographed in swimsuits while on a boat in the Turks & Caicos Islands in April during filming for the new series.

Cynthia, 54, shared snaps on the catamaran captioning them: "Better by the water!”

She also shared video of her on the boat writing: "So beautiful."

In February it was announced Bravo was planning an epic Real Housewives spin-off featuring eight to ten of the franchise's most popular ladies.

The Jasmine Brand first reported sources have alleged the new series will see the women on vacation in a "tropical location." 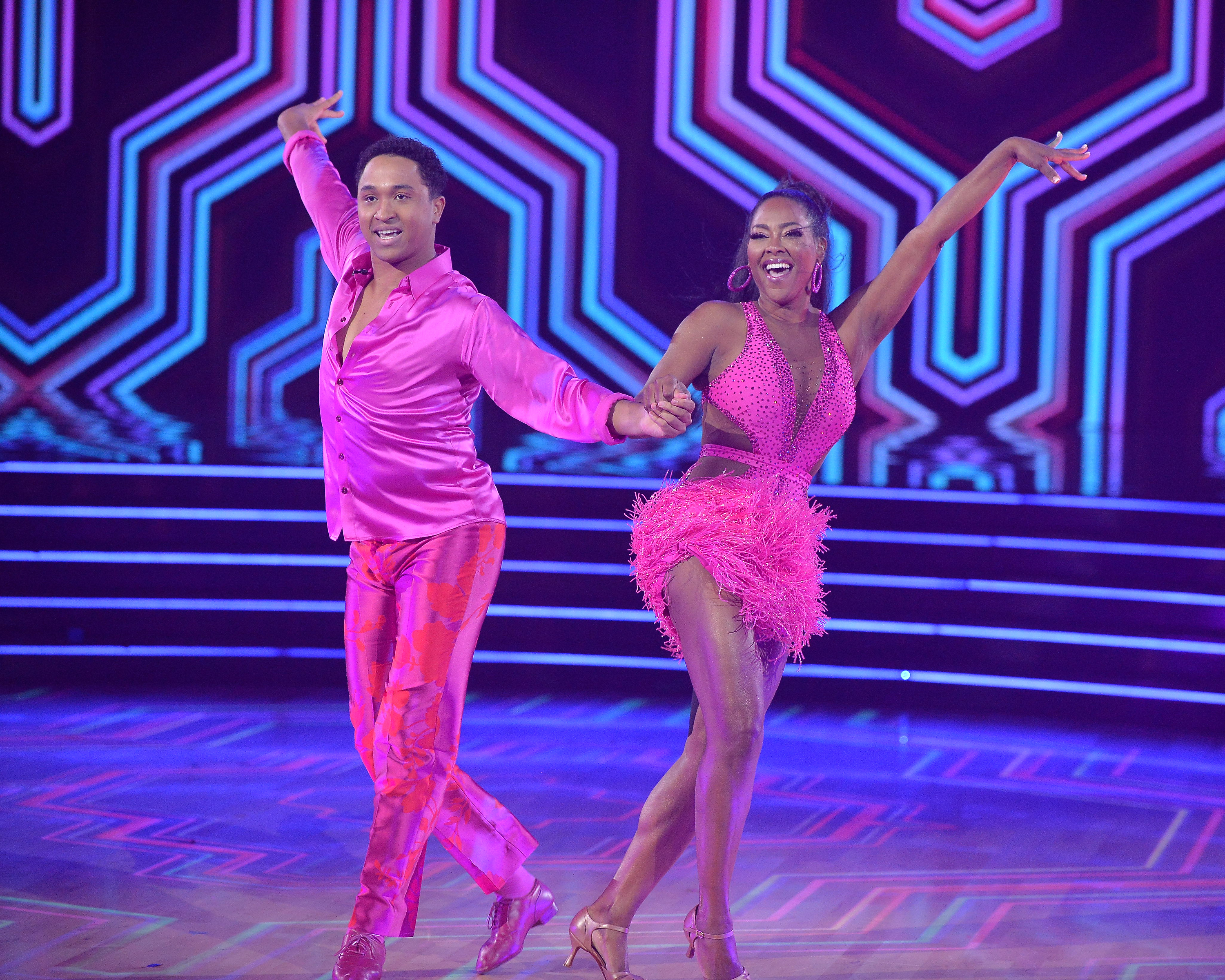 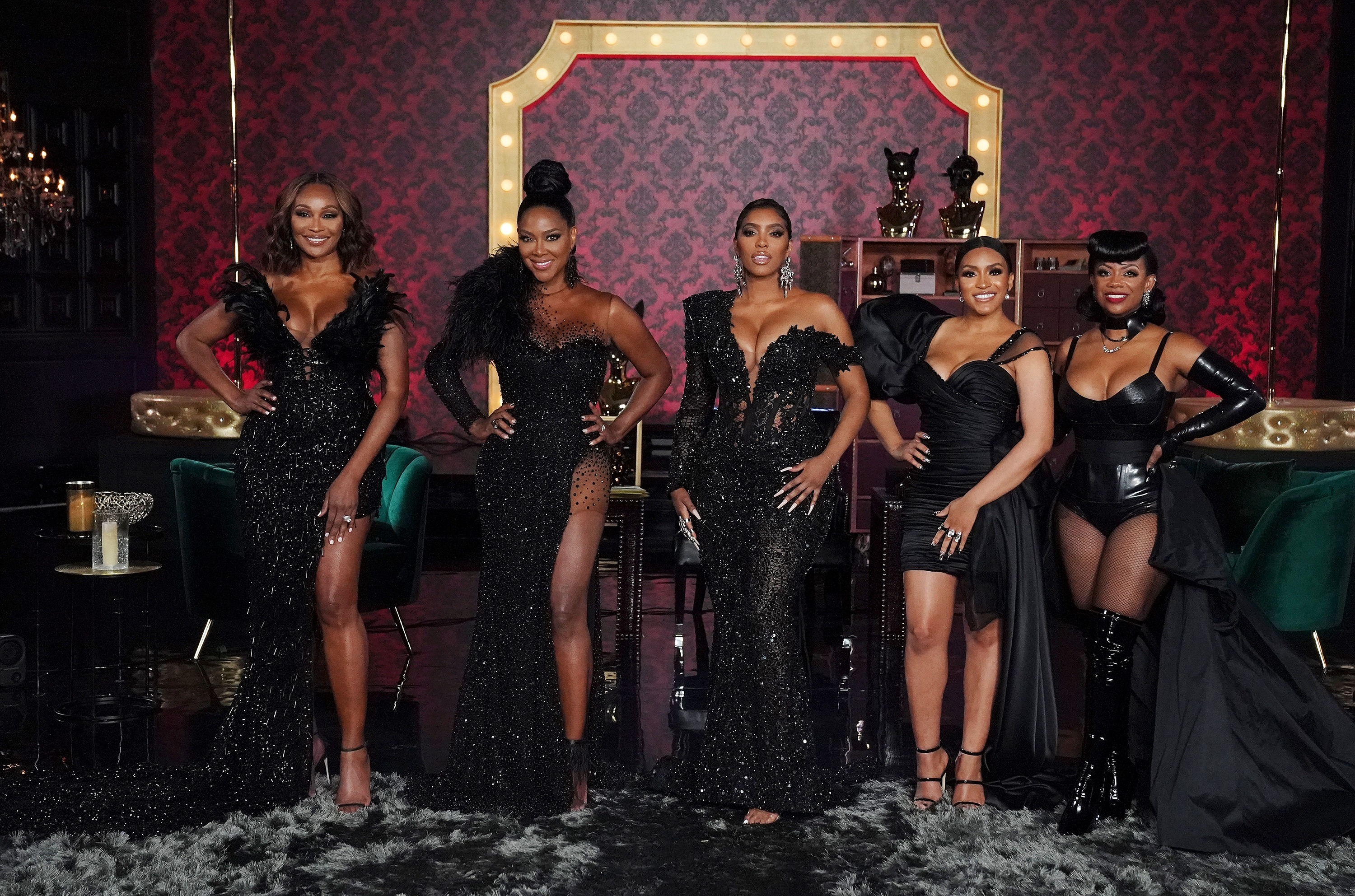 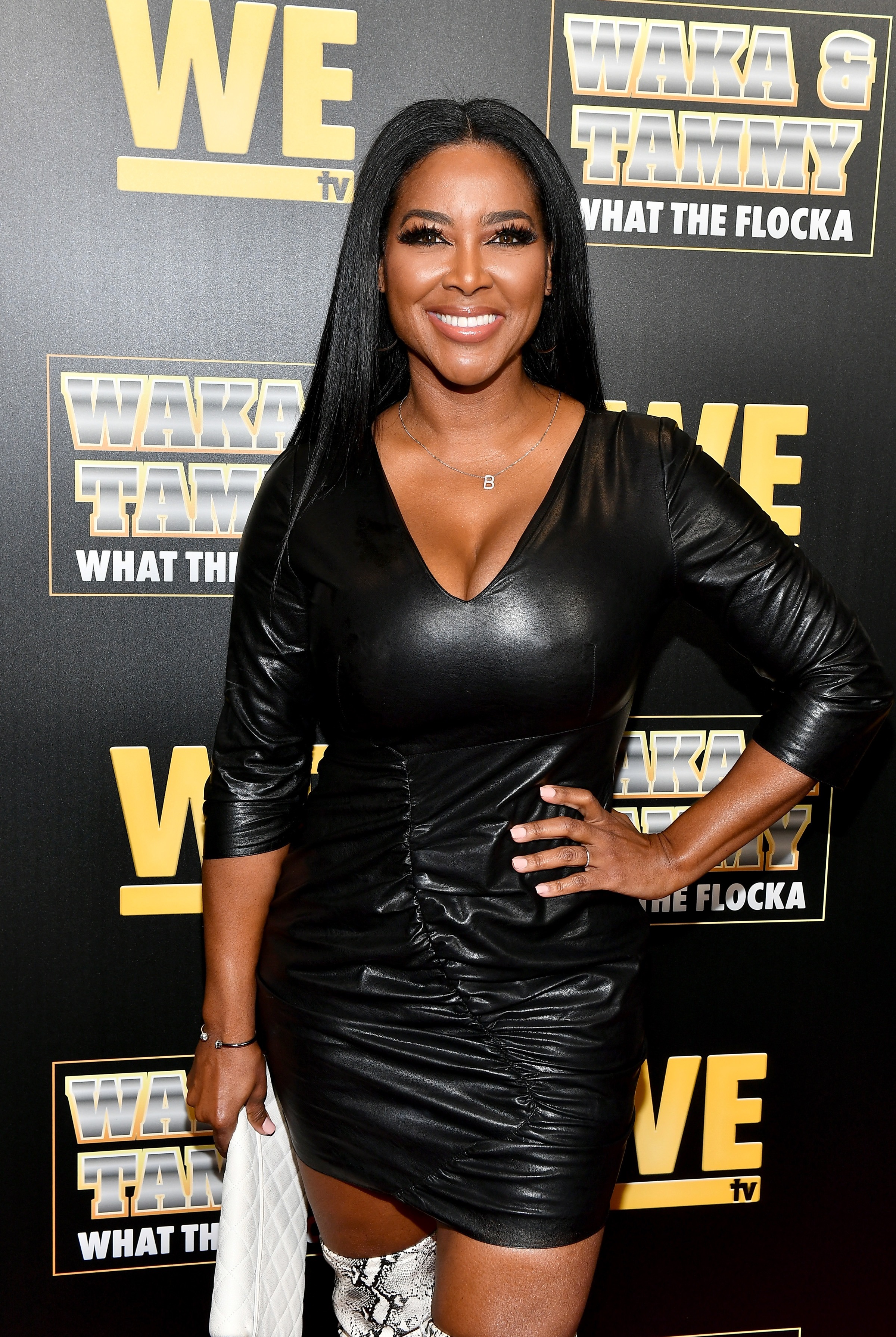