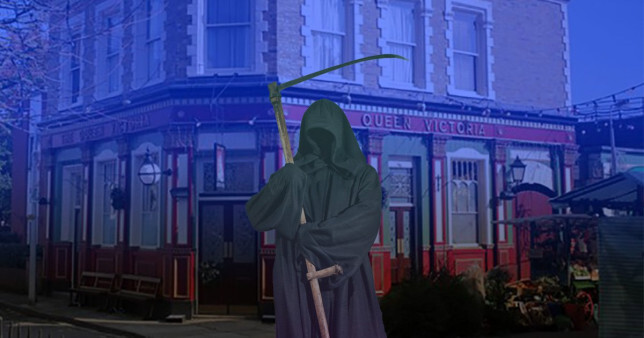 EastEnders matriarch Suki Panesar (Balvinder Sopal) was consumed with grief in heartbreaking scenes tonight (June 24), after receiving a phone call from the prison chaplain to inform her that son Jags (Amar Adatia) was dead.

The news comes less than a day after Ben Mitchell (Max Bowden) called off Jags’ protection.

Jags, as viewers will know, was being targeted in prison. Kheerat (Jaz Deol), however, had a solution to that problem, as he asked Ben to ensure his brother was well-guarded behind bars.

Ben was more than happy to do so, but he reconsidered when he discovered that Kheerat had been seeing nemesis Sharon Watts (Letitia Dean) behind his back.

Therefore, he called off the protection!

Tonight’s edition of the BBC One soap, however, saw Kheerat come clean about his relationship with Sharon, citing his new status as an uncle as the reason why he wants to do better and be honest.

Ben was riddled with guilt over what he’d done.

Kheerat, meanwhile, returned home to apologise to Suki for their argument, but he was left stunned to find his mum in floods of tears.

‘The prison chaplain called me 10 minutes ago,’ said an emotional Suki. ‘Your brother was attacked in his cell’

Suki burst into tears, as Kheerat attempted to process the news.

Will Ben pay for what he’s done?

EastEnders continues Thursday at 8:05pm on BBC One. Alternatively, all of this week’s EastEnders episodes are now streaming on BBC iPlayer.